Oxford United look to reach the knock out stages of the Leasing.com Trophy when they welcome Portsmouth to the Kassam Stadium tonight (7.45pm)

Team News
United boss Karl Robinson will name a strong side, knowing that a win or draw would see his side through against a Pompey side who are already through after winning both games so far.

With Ben Woodburn joining Jamie Hanson and Malachi Napa on the injured list there could be chances for Mark Sykes, Elliott Moore, Sam Long and Rob Hall but Anthony Forde misses out after picking up a groin strain at Accrington on Saturday.

Young left back Kevin Berkoe is also unavailable after picking up a hip injury last week but there could be opportunities for Kyran Lofthouse, Fabio Lopes and Nico Jones to step up into the senior squad.

Ronan Curtis and John Marquis are both unable to feature and boss Kenny Jackett will field a young side:

"Ronan Curtis has got a tight hamstring that kept him out against Doncaster and saw him withdraw from the Republic of Ireland squad. John Marquis has a bruised toe from Saturday and he should be okay for Gillingham, but won’t be involved against Oxford".

"We’ve qualified already and it will be a very youthful side at Oxford – it’s important our supporters understand that" he said. 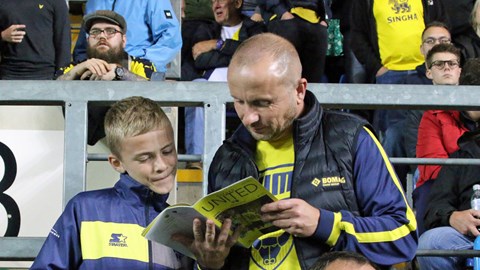 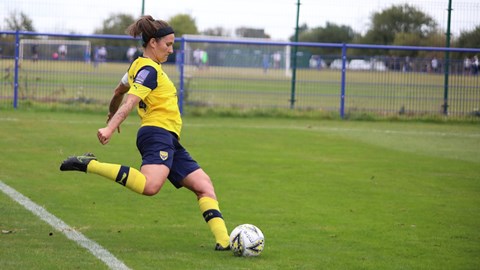 Tickets
Prices have been reduced in all areas for this game::

Central blocks of South West Upper, South East Lower, and the East Stand are open for home fans whilst the North Stand is open to away fans only.

Season Ticket holders seats are not reserved for this fixture.

Family
The Family Room is not open for this game as that area is not open tonight. We have a full Family Guide to games available here: OUFCFamily.pdf
Parking
There are circa 2,000 free parking spaces at the stadium.
Away fans-  Please park in the West car park - the one closest to the cinema and bowling complex at the fence end of the ground.

Smoking
Although there is no readmission if you leave the ground during the game Smoking Pens are provided in the East Stand and executive areas for half time.
AWAY GUIDE
If you are a Portsmouth fan travelling to the game then a full Supporters Guide is available here: OUFCAwayDayInfo.pdf
CLUB SHOP
The Club Shop is open and the new home and away kits are available.
COVERAGE
You can follow the whole game on twitter through @OUFCOfficial, or here in our Match Centre, and hear the game in iFollow if you are in the UK or see it if you are abroad.

A late goal from Rob Dickie sealed Oxford United's progress to the knock-out stages of the Leasing.com Trophy tonight. Anton Walkes looked to have given the visitors a late win at the Kassam Stadium but Dickie's 88th minute strike, after Matty Taylor's first-half goal, was enough to send United through along with the visitors, with a penalty shoot-out all but superfluous.

Played in near silence other than a persistent Pompey drummer beating a lone rhythm on a chilly October evening until his mate with a bell turned up, it similarly took United a little while to find their rhythm.

Lethbridge pinged an early effort wide at one end but Rob Hall did similar at the other before Taylor fired his first warning with a shot that stung the hands of keeper Alex Bass from close range on 14 minutes.

United, with the more experienced line up, began to force the pace after that, with midfield trio Alex Gorrin, Cameron Brannagan and Shandon Baptiste beginning to build a decent understanding, and after Brannagan had forced Bass into another good save, the U’s finally found a way past the keeper at the third attempt: all about the Bass*, no treble.

Taylor adds a different dimension, not just with his movement but also with his finishing, and when Baptiste slipped him clear on 21 the striker showed his clinical nature once again for his fourth goal in five appearances, a neat finish just inside the left-hand post.

He almost doubled that two minutes later, but was denied by a good save from the overworked Bass, who also gathered a 31st minute effort from Mark Sykes as United pushed forward trying to kill the game off.

Somewhat inevitably, they found themselves punished when Portsmouth levelled on 33 from their first shot on target. Right-back Andy Cannon made it with a powerful run down the right before he checked inside Josh Ruffels and curled the ball across the box. Lethbridge, just beyond the far post, gleefully fired under the exposed Eastwood for his first senior goal and all the possession counted for nothing as United were pegged back at 1-1.

They did their best to regain the lead before the break. The excellent Sykes ended a promising run with a shot that went well wide before Brannagan tested Bass yet again with a powerful drive after 40 minutes, which the keeper caught high to his left. The keeper’s best save of the half came in the last minute, when he tipped a header over from the marauding Sam Long, up from right back, but how United were only drawing at half time is anyone’s guess.

Cannon fired an early shot in the second half, but Hall and Dickie both went close for the U's as they attacked their own fans after the break before a superb flick from the ever-inventive Hall sent Sykes free once more, only for Bass to keep him out of the net with a good save after 64 minutes.

There were loud shouts for a penalty moments later when a header from Dickie left Bass floundering for once, but seemed to be blocked by a blue-shirted arm. But it wasn't one-way traffic by then and former Pompey keeper Eastwood needed to make a couple of good saves as the visitors sought the three points that would have given them a clean sweep in Group B.

Eastwood's best save came after 70 minutes, when sub Gareth Evans ran free but couldn't beat the keeper as he came out to meet him, although Bass outdid him with another spectacular dive to divert a Brannagan bullet over the bar rather than into the top corner.

The essence of the competition is to give youngsters a chance, and Fabio Lopes was given another taste of first-team action, with namesake Fabio Sole then joining him for the first time after impressing in midfield for the youth team since joining from Reading at the start of the season. Both have bright futures and were among eight players involved who have been part of the thriving Oxford United Academy at some stage. Two Fabios in one Oxford side. Who would have imagined it?

One of those, Ruffels, was clearly away at Coventry for the 'heading a corner into the net rather than heading it wide from six yards' model of Academy life but was otherwise excellent and United played well all over the park but continued to miss chances or find Bass impossible to beat; sub Dan Agyei poked a couple of presentable opportunities off target as United went for the win.

All those chances looked to have proved costly when, with six minutes left, Walkes ran away down the right and toe-poked it under the advancing Eastwood, but with time running out Dickie swivelled and smashed the ball past Bass to leave it at 2-2.

Penalties meant little, with both sides guaranteed a place in the knock-out stages and only home advantage as top club potentially at stake. For the record, Sole beat Bass in the battle of the fish, Brannagan beat Bass in the Alliteration Wars, Eastwood saved from Close, Hall made it 3-2, Sykes made it 4-3 after Ryan Williams had scored, and Bass made his best save of the night to keep Ruffels out after captain Paul Downing had kept his side in it. Walkes fired widly wide, Dan Agyei hit the bar with the bonus point at his mercy, Haunstrup made it 5-4, Long fired over the top and Portsmouth win the group with 8 points.

United still qualify. As some sides STILL refuse to acknowledge, the result is a draw and United move on to a league meeting at home to Doncaster. See you there.

Prices have once again been reduced for our home game against Portsmouth in the Leasing.com Trophy on Tuesday 8th October (7.45pm)

Central blocks of South West Upper, South East Lower, and the East Stand are open for home fans whilst the North Stand is open to away fans only.

Season Ticket holders seats are not reserved for this fixture.

The M Group 1893 Club will be available, prices as follows;