Oxford United look to make it ten games unbeaten when they welcome Rochdale to the Kassam Stadium on Saturday.

TEAM NEWS
United welcome back Rob Dickie after suspension and Anthony Forde after injury but are without suspended striker Matty Taylor.

Dickie missed last Saturday's win at Rotherham while serving a one match ban after five yellow cards but is available again and boss Karl Robinson faces an interesting choice with John Mousinho and Elliott Moore both in outstanding form as a centre back partnership last weekend.

Forde is likely to step up to the bench after recovering from a groin strain but Taylor's fifth yellow card means he misses out, with Jamie Mackie likely to lead the line and Dan Agyei on the bench

THE OPPOSITION
Karl Robinson was there to see Rochdale’s win over Milton Keynes in midweek, their third win in a row which lifted them to 11th place in Sky Bet League 1 on 19 points.

“Oxford will be licking their lips watching the amount of effort we put into the game” he said. “Our players are incredible in the way they recover and want to go again on Saturday. They will again give everything for the club once again." 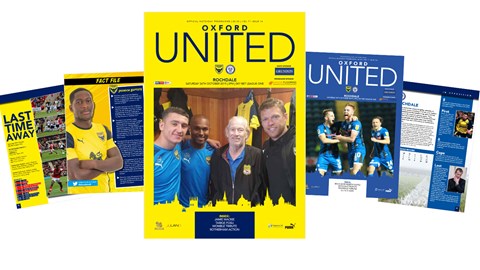 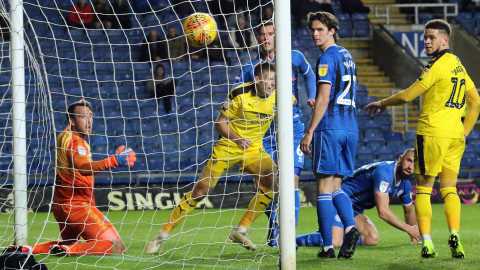 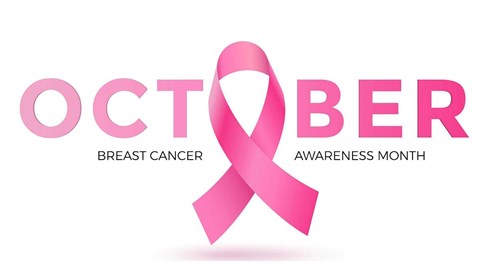 This season you can download your ticket to your mobile for use on the day - no need to even print it.

MINUTE'S APPLAUSE
Please join us before kick off in a miinute's applause for one of Oxford United's biggest fans, Andy'Womble' James
FAMILY
The Family Room is open for this game with player visits and we have a full Family Guide to games available here: OUFCFamily.pdf
WARM UP
The team will warm up in pink warm up tops to show support for Against Breast Cancer, with the Women's team doing the same on Sunday ahead of their game against Gillingham. Women's Manager Liam Gilbert told us:

“The whole club is supporting Against Breast Cancer which is a local Abingdon-based charity. The shirts will be auctioned off with all profits going towards the charity.

“Admission to our game is on a donation basis, there will be bucket collections, people with information on how to support the charities and what they do. We also have a special programme with proceeds going towards the charity. It’s a subject that is so close to a lot of us and we really want to get behind it as much as we can.”

SENSORY ROOM
We are proud to have a bespoke Sensory Room for fans under 23 who maybe need to take a little time out on a matchday with our fully trained helpers. Just ask a steward if you would like to use it or email Supporter Liaison Officer Kath Faulkner for more details: kfaulkner@oufc.co.uk

PARKING
There are circa 2,000 free parking spaces at the stadium.
Away fans-  Please park in the West car park - the one closest to the cinema and bowling complex at the fence end of the ground.
AWAY GUIDE
If you are a Rochdale fan travelling to the game then a full Supporters Guide is available here: OUFCAwayDayInfo.pdf
CLUB SHOP
The Club Shop is open and the new home and away kits are available as well as hats and scarves as the winter weather approaches...
COVERAGE
You can follow the whole game on twitter through @OUFCOfficial, or here in our Match Centre, and hear the game in iFollow if you are in the UK or see it if you are abroad.

Oxford United made it ten unbeaten against ten-man Rochdale this afternoon at the Kassam Stadium. Goals from Josh Ruffels, Tariqe Fosu and Sam Long eased Karl Robinson's side past a Rochdale side reduced to ten men just before half time as the U's continued their march up the table.

Against a Rochdale side playing in a startlingly bright pink away kit that lit up the grayest of winter afternoons, the U’s took a little time to settle and allowed Dale a couple of long-range efforts which flew harmlessly into the stands, but those were pretty much the only chances they had all day as Simon Eastwood grew lonelier and lonelier in his own half with every passing minute.

Dale had a warning when Ruffels glided a corner just wide with the first true opening of the game, but on 20 minutes the left-back put his side in front in emphatic style. A Brannagan corner nodded down by Alex Gorrin and Ruffels was on the move to smash it past keeper Jay Lynch from close range for his first goal of the season.

That lifted the U’s, who started to play with their usual rhythm and style, prompted by Brannagan in the middle of the park and with Fosu and Mark Sykes starting to find space out wide. A Fosu free kick on 24 zipped off the turf and out of the arms of Lynch and it was only a matter of time before the second goal came along.

When it did, it was due to a couple of pieces of superb technique. First Brannagan chested a ball up and volleyed it past Lynch but on to the bar. The ball spun high into the drizzle and dropped towards Fosu who had no hesitation as he calmly slotted the dipping, spinning ball into the bottom right corner for an expertly taken second goal.

Rampant at that stage, James Henry might have had a third on 31 minutes but slipped at the vital moment, Mackie nodded a dipping Henry cross over the bar on 36, then powered another header at goal on 37 which Lynch somehow beat away before the frustration all got too much for the visitors and 40-year-old forward Aaron Wilbraham dived in to take the legs away from Fosu and earn a red card which clashed rather horribly with his pink shirt.

Two-nil up and with a full half against ten men there was no need to risks and the hobbling Brannagan and Cadden were off within six minutes of the second half kicking off; a half which became attack v defence as Dale defended deeper and deeper and United wasted chances to score more goals.

Sykes ended a 40-yard run with a left-footed effort well over, Mackie headed wide via his ear from ten yards and Dickie and sub Shandon Baptiste were unable to get their efforts past the block of beleagured defenders. Henry hammered a chance wide, Sykes was stopped by the keeper, Baptiste sidefooted over, Dickie hit the keeper when the goal was easier, all while we were wondering how to spell beleagured (it's beleaguered).

There were further opportunities for Sykes, Henry and Mackie, and then with five minutes to go came the icing on the cake with a goal from local lad and longest-serving player Long. Sub Rob Hall cut a free kick back, Henry's shot was blocked and Long drilled it home to end the game with one last burst of positivity.

Ignore the red card; it undoubtedly influenced the game but United are irresistible right now and are deservedly in the play-off places with a last-16 encounter in the Carabao Cup on Tuesday as a bonus. Long way to go but why wouldn't you want to be on the journey with them?