United welcome Joe Rothwell back into the squad after the midfielder missed Tuesday night's draw with Charlton through suspension. Rothwell picked up his fifth yellow card of the season during the win at Bristol Rovers last Saturday but is not guranteed a starting place after Alex Mowatt scored the winner at Rovers and impressed on his first start on Tuesday.

Jon Obika made his return on Tuesday while Robbie Hall is fully fit and raring to go, along with dutch defender Dwight Tiendalli.

Gino van Kessel once again misses out with a niggling injury that affects the lower hamstring area.  Wes Thomas will be keen to keep his superb scoring run going against the club where he started his trademark goal salute: find out more in the matchday programme. 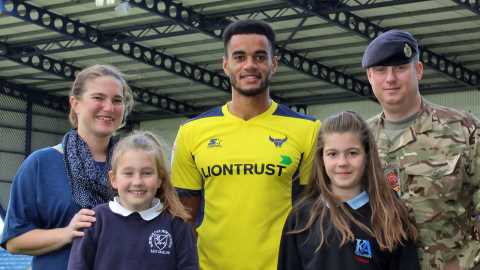 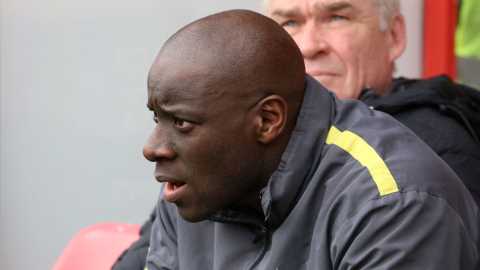 View From The Dug Out 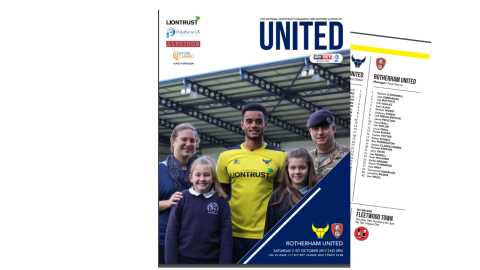 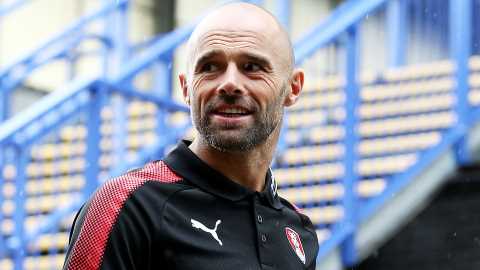 The Club Shop has lots of coats and jackets for winter, including a great range of parkas. Call in before the game to take a look or visit oufcshop.co.uk

We are delighted to have Jamie Brooks with us as our special guest. Jamie scored United's first ever league goal at Grenoble Road and will be making the half time draw; we are sure you will make him feel at home.

The award winning matchday programme features the thoughts of Darryl Eales, Pep Clotet and Curtis Nelson plus interviews with Wes Thomas and Xemi plus a hilarious chat with poster boy Robbie Hall.

We have news and views from all areas of the club and remember, you can always download the programme and read it on your phone, tablet or laptop. Each issue is available at matchdayfix.com/oufc/

Oxford United and Rotherham were left with a point apiece this afternoon after anoth terrific game at Grenoble Road that ebbed and flowed before ending 3-3. Trailing to a Joe Newell strike the U's roared back through Jack Payne, Josh Ruffels and Curtis Nelson to lead 3-1 but were then pegged back as Ryan Williams and Kieffer Moore ground them down to give the Millers a draw.

Military Day actually started with a bit of a stand-off in the first fifteen minutes before coming to life. United perhaps shaded the opening stages, James Henry and Ruffels both getting into the box but unable to pick out a final pass. Rotherham, after a slightly surprising defeat against AFC Wimbledon in midweek, made four changes to the team while there was one enforced change for the U’s with Christian Ribeiro picking up a knock as well as scoring against Charlton in midweek. Canice Carroll came in to the side and took his chance well, competitive as ever at right back in an otherwise unchanged eleven.

However it was Carroll’s defensive header after 20 minutes that gave the Millers the chance to open the scoring. Attacking a cross well, Carroll powerfully headed clear but unfortunately the ball flew straight to the lurking Newell on the edge of the area and his volley showed great technique and class as it arrowed past the helpless Eastwood.

It didn’t cost United too dearly. Barely a minute later they were level as Payne fired home an equally emphatic finish. A quick one two with Ruffels allowed the on-loan Huddersfield forward to run at the Rotherham backline, drifting from right to left. The Millers backed off and Payne accepted the invite by cracking the ball just inside the left hand post to make it 1-1. Once again the U’s had benefited from staying calm after going behind, sticking to their guns for a top goal in front of the top brass.

Neck and neck once again, the U’s started to press forward. Wes Thomas smashed a shot over the fence, a Ricardinho cross flashed past a static back line and then Ruffels marked his new contract with a cracker. After committing his future to the club 24 hours earlier the midfielder picked up the ball from the hard-working Henry and swivelled inside before firing a low left-footed effort almost through the dive of keeper Marek Rodak for another excellent goal.

United were now firing on all cylinders and should have been 3-1 ahead when Ricardinho’s wizardy won them a penalty. First he nutmegged a defender to play a one-two with an outrageous piece of skill, then he skipped past a defender before clipping a cross that struck Will Vaulks on the arm. Ryan Ledson took the penalty but Rodak read his mind and got down smartly to save the penalty.

Back came the away side and before half time it was 3-2, again from a corner. Again it wasn’t properly cleared and up popped former United winger Williams to give Eastwood no chance from close range. Five goals and a breathless 45 minutes between two good sides.

It carried on in much the same fashion after the break. Payne had an effort go close, henry had two half chances and at times some of the passing and movement from the Yellows was a pleasure to behold. Rotherham are a little more direct, but no less dangerous and it was entertaining fare for the 7,471 people there to see it.

Top scorer Moore was well shackled by Nelson and John Mousinho but escaped their attention to fire a warning after 67 minutes to latch on to a long ball and clip the ball over Eastwood, only for the ball to clip the top of the bar as the Millers tried their best to restore parity.

Most of the play was at the other end at that stage and Ledson and Ruffels largely had control of the midfield, Thomas was perpetual motion up front and Payne knitted the whole thing together with an impish performance in the number 10 role. However they hadn't tested Rodak enough despite Carroll bracketing the goal with a pair of headers and on 78 minutes were punished as the dangerous Williams raced clear down the left and delivered a pinpoint cross to the backpost for top scorer Moore who was never going to miss, eight yards out and with the goal at his mercy.

It was anyone's game after that. Subs Jon Obika and Joe Rothwell cut the away defence open but Rothwell's shot was brilliantly saved by Rodak and Rotherham saw it through to earn a point.