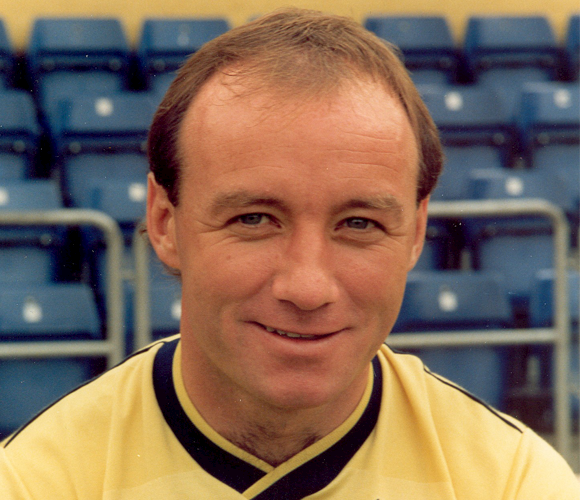 The Dublin-born right back joined from Birmingham City, where Jim Smith had signed him from Derby County for £350,000. He hadn't played for the Blues for over a year because of injury and was considering ending his career early but Smith persuaded him to join for pre-season in 1984 and then signed him on a free transfer. He became a huge part of the club's glory years, roaring up and down the right flank and delivering superb crosses for the forwards. In total he earned 25 Ireland caps. He moved on to Bournemouth and Peterborough.