A stunning free kick from Rob Hall was enough to send Oxford United through to the fourth round of the Papa John's Trophy tonight. Hall's perfectly placed  second half strike saw United move one step closer to a potential Wembley final with a hard-earned 1-0 win over League 2 Cambridge at the Kasssam Stadium.

Despite a much changed line-up United started strongly - Cameron Brannagan drilling a fantastic cross field pass to signal his return to the 11 and Elliott Moore testing visiting keeper Callum Burton’s handling with a header in just the third minute.

Brannagan fired a left-footed effort wide two minutes later and Hall drew another good save from Burton at the base of his left hand post as the home U’s pressed the visiting U’s back but credit to Cambridge who stood firm and grew into the game and  had half chances when Joe Ironside headed a speculative effort wide on 22 and Paul Digby volleyed meekly as Simon Eastwood three minutes later.

United subtly switched shape after that, the ever-inventive Hall blasting two powerful efforts at goal- the first smack into Burton’s arms the other smack into Digby’s nose- but the closest we were to come to a first half goal came from the boot of Dan Agyei who was just off target from inside the box three minutes before the break. 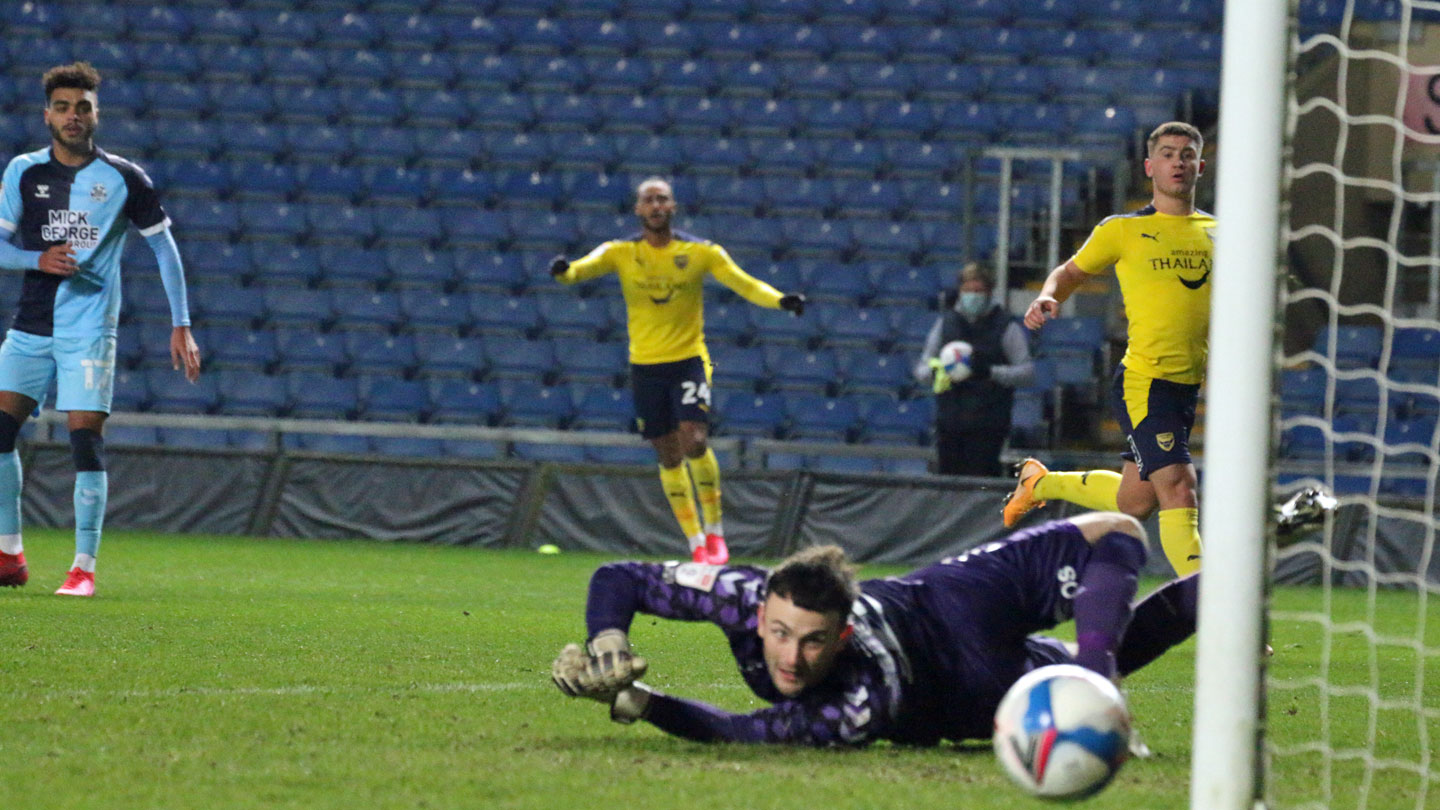 The second half saw Jamie Hanson lean back and ping an early effort well over the bat but the game was meandering and energy was needed. Cue a first for United on the hour: a quadruple substitution with Liam Kelly, Marcus McGuane, Mide Shodipo and Derrick Osei-Yaw tasked with finding the breakthrough.

Shodipo almost did that with his trademark 'goal the first time he touches it' routine but was wide of the mark from his usual spot befire a moment of class from Hall gave the U's the lead. Always dangerous from a set piece, Hall seemed to be too far out but his free kick from the right was perfect; right in the top corner to give Burton absolutely no chance. Six goals in a row past Burton for the Yellows. 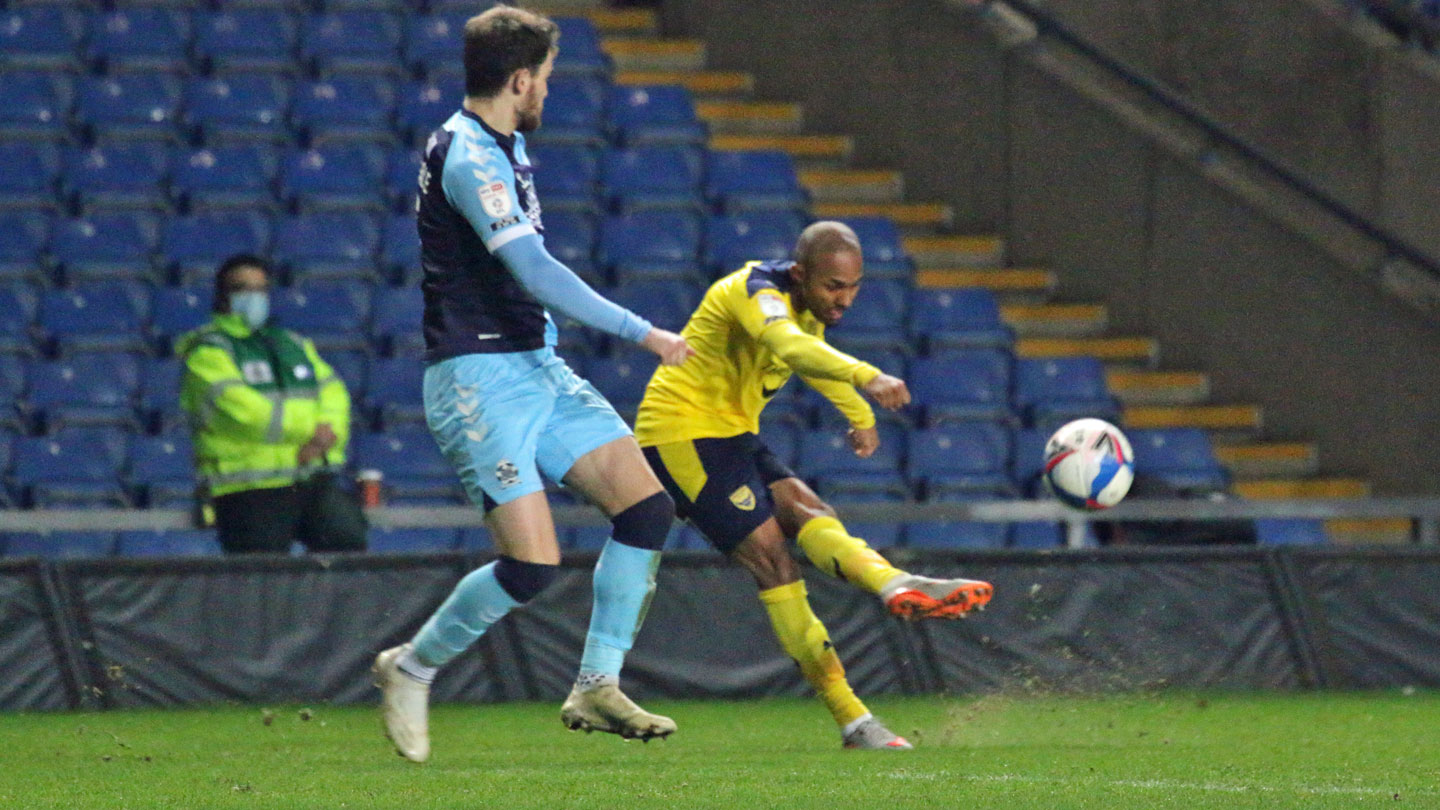 Cambridge now had no choice other than to throw men forward to try and stay in the competition and they did just that but found it tough going against the rock solid Elliott Moore and Sam Long with Simon Eastwood largely untroubled on his return to the side.

A great goal to decide a tight contest but United go through and are on a superb run at the moment with just one defeat in 11 games.

A win. A clean sheet. Quarter finals. Two games from Wembley. What's not to like?