The young U’s are hot on the heels of leaders AFC Bournemouth after eight games but will have to do without Tyler Goodrham and Adam Smith who both picked up injuries in a bruising FA Youth Cup tie against AFC Wimbledon last week.

“Tyler came back into the group but is more usually with our Under 21 side” coach Leon Blackmore-Such told us. “They also play Bournemouth this week in the Central League cup again but for Saturday we will see who is available because we are starting to get one or two knocks. But that’s all part of it - dealing with injuries and having to adapt.

“We’ve done well so far so it’s important we go to Cheltenham and try to keep our standards high and also that we bounce back from going out of the FA Youth Cup.”

Follow Academy OUFC for in-match tweets and we’ll have a report and reaction right here. 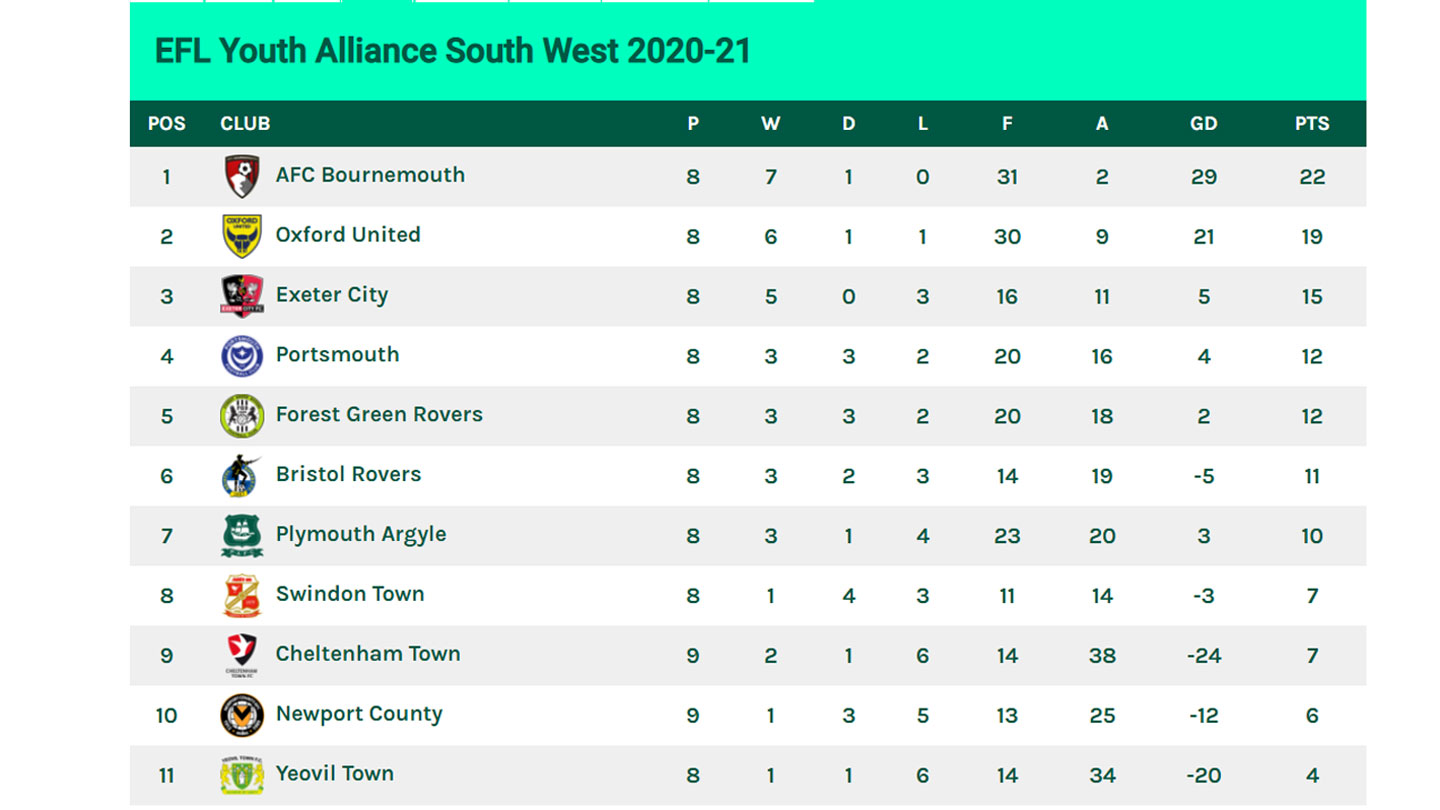 Oxford United’s under 18s came back from 2-0 down to win 3-2 at Cheltenham Town in the EFL Youth Alliance on Saturday. Two goals from Callum Crook and a James Golding goal saw the U’s secure three points after an incredible last few minutes as Coach Leon Blackmore-Such told us:

“I think that’s six away games in a row and because we had an excellent result against Cheltenham earlier in the season I warned the lads to take this game in isolation, not to think that other match had any bearing on this one. But there were warning signs and we started poorly; not as aggressive as we needed to be in the first half. They pressed us and we made poor decisions on how to deal with that, playing right into their hands.

They got a set piece and we didn’t deal with the inswinging ball which gave them something to hang on to at 1-0.

I was thinking if it was 1-0 at half time then we’d be right in it but then on 41 they had a throw in, hooked it on and the lad got in behind us to make it 2-0 at half time, which was frustrating and we had an honest conversation at half time.

"They are obviously very young but I said that there are certain standards we need in every game. I demanded a reaction because, as I said to them, I have seen games in this league where you are 2-0 up and then the other team gets a goal and suddenly you are on the back foot. It’s not easy to do, to dig yourself out in that position, so I have total respect for the way the lads responded.

It took us until the 78th minute to get a goal so it wasn’t an immediate thing. We were on top and had a lot more joy. Will Owens got more crosses in, Gatlin O’Donkor was more effectve and Ben Watt at right back was very good throughout. But the goal didn’t come until Will pulled a ball back for Elijah Coe who had a cross/shot inside the box which Callum converted for 2-1.

We grabbed the ball and ran back and straight from the kick off Cheltenham played back, Elijah pressed from the kick off and their lad panicked and cleared for a corner. Jack Gardner put the ball in and James Golding made it 2-2. So in the space of two minutes the game had flipped.

We kept the pressure on and right at the end a ball over the top saw Gatlin run on to it and the keeper wiped him out and Callum won the game from us from the spot. Fair play to Callum who you would always back in those situations.

But credit to all of them and I was pleased, in a different sort of way, for how they responded and made sure we got another important three points. 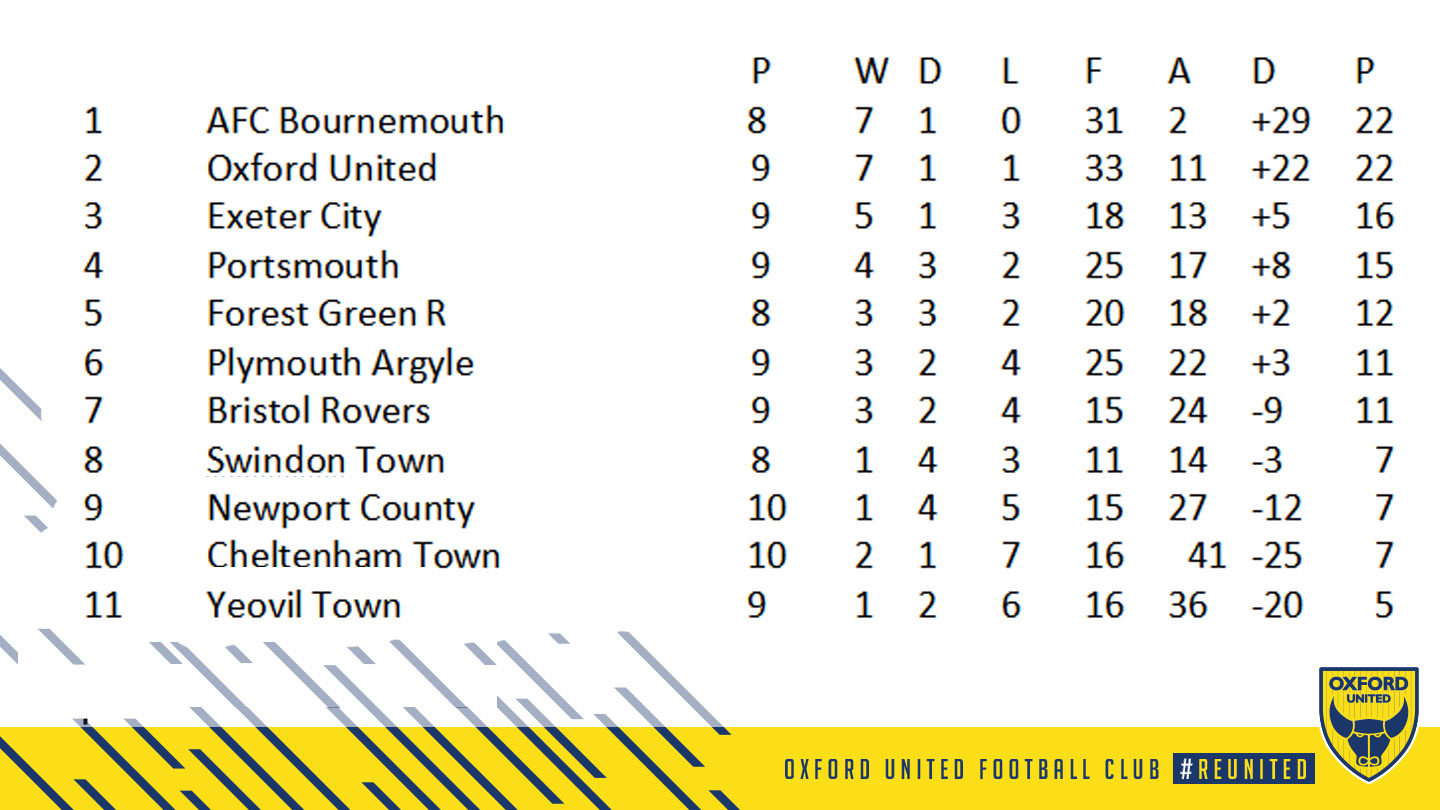