Oxford United’s under 18s are in action again on Tuesday afternoon when they welcome Yeovil Town to the Oxford Sports Park.

A 2-1 win over Plymouth Argyle on Tuesday continued the youth team’s excellent recent form and with two games remaining they are still neck and neck with AFC Bournemouth in the EFL Youth Alliance South West Division: United’s final game is away at Newport County this Saturday.

It’s the first game back at the Training Ground after a run of games on the 3G surface at Court Place Farm and United will continue their policy of giving a number of under 16s the chance to step up and show what they can do.

Sadly the game remains behind closed doors but we’ll have a report and Gallery for you right here at the final whistle.

Oxford United’s under 18s won in the most dramatic fashion this afternoon as a Gatlin O’Donkor goal deep in to injury time gave them a 3-2 win over Yeovil Town in their penultimate game of the Youth Alliance.

Playing into a strong headwind United dominated the first half but had only a Callum Crook goal to show for it at the break and were seemingly in for a hard time when the visitors scored quickly after the restart. United pinned the Glovers back after that but looked to have been caught by a sucker punch with five minutes left when Yeovil took the lead from the spot.

The first half was all about United establishing a lead and taking advantage of the conditions but they struggled to convert their chances despite playing the game almost exclusively in the Yeovil half.

The excellent Tyler Goodrham and the impish Elijah Coe went close, Crook hit the post and then the striker gave them a half time lead with a well struck effort across the Yeovil keeper after 41 one-sided minutes. 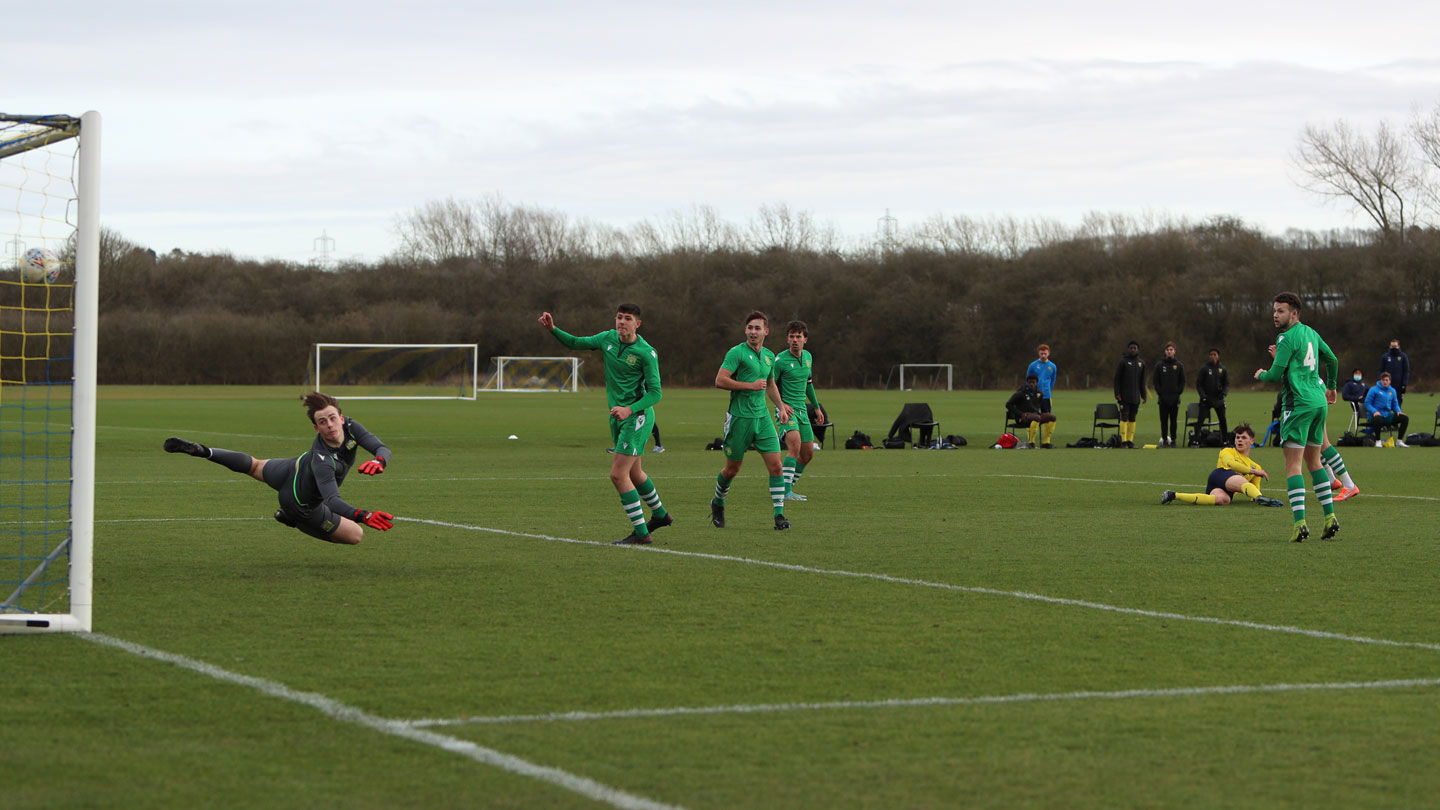 The Glovers came back strongly, as expected, after the break and when keeper Kie Plumley parried a shot the ball fell their way and was thumped home by captain Jian Medrana to make it 1-1.

United fought back once again and Goodrham and sub Enrique Tiamuna both hit the post before the drama reached new heights.

First the visitors took the lead when centre-half James Golding brought his man down and conceded a penalty which gave Plumley no chance.

With time running down Medrana was sent off for kicking the ball away before the game was thrown in to controversy when Yeovil keeper Callum Smalley fell on the ball, delayed the restart and when he got to his feet dropped the ball at his feet. A defender got the faintest touch to the ball, which Smalley picked up and was penalised with a free kick a yard from his goal for a backpass.

The first effort was repelled but Gardner hammered it back and made it 2-2 with the U’s grabbing the ball and running back for a swift restart.

Another red card for the angry Yeovil coaching staff came among the mayhem and then, with the Glovers hanging on and United throwing everything at them O’Donkor ran clear and finally clinched the win with a calm finish to make it 3-2 and spark a dogpile of the entire squad as they celebrated in style.

An amazing game and terrific character from the young U’s who are now five points clear of AFC Bournemouth who have two games to play while the U’s have just the one, away at Newport on Saturday.