​TEAM NEWS
United have no new injuries or suspensions after Saturday's win over Portsmouth but add Sam Baldock to the squad for the first time since his arrival on Friday.

The experienced striker is likely to be on the bench for the first time.

Sam Long missed that game with a tight calf but could be available again tonight while James Henry may be available again for Saturday's home game against Bolton. Marcus Browne continues to get closer to full fitness while Alex Gorrin and Jamie Hanson continue their recovery from long-term injuries. 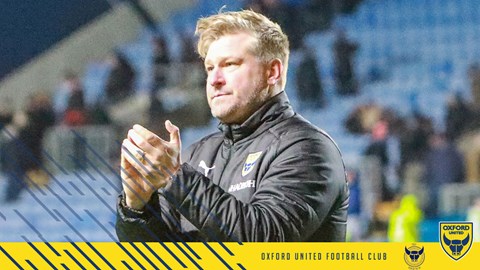 “We are playing against a very good Oxford side tomorrow who have had some wonderful results" Accrington boss John Coleman said. "We have watched them a few times, we know what to expect, they are a good footballing team but we can compete against anybody.

“We have improved defensively, we have defended better than our goals against column suggests, we are eliminating silly mistakes and it took a wonder goal to beat us on Saturday. We have a big squad, we have never had the riches we have had, certainly this season, being able to have four quality players not even on the bench and leave good players at home.

“It shows the strength in depth and we are getting the players back from injury which is helpful.Things are looking promising for the strength of the squad and it’s up to me to pick the right team on any given day and make the right subs at the right time.”

Tickets are available on the night and we have both terrace and seating tickets available.

Coaches will depart the Stadium at 13:30pm and Kidlington Sainsbury's 13:45pm 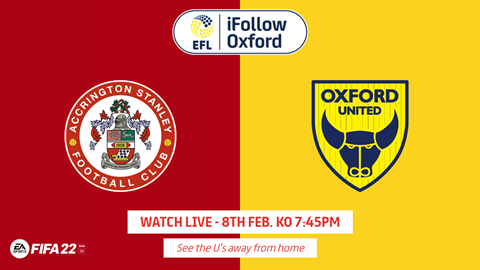 See it LIVE in iFollow

Oxford United lost for the first time in five games when a John O'Sullivan strike in the first half and an Ethan Hamilton goal in injury time gave Accrington Stanley a 2-0 win at a rain-soaked Wham Stadium.

On a difficult night with rain swirling in the Accrington air throughout, United initially adjusted to the conditions the better and dominated the first 25 minutes but then conceded a sloppy goal and a late breakaway clincher to give the home side all three points.

Home keeper Toby Savin (no G) denied the recalled Nathan Holland with a skidding effort after 19 minutes and defender Ross Sykes had to clear off the line twice, once from a clever Matty Taylor flick and then a last-ditch block as Holland set his sights on the bottom right corner again.

Steve Seddon and Ryan Williams both went close and United had created all the chances until, just before the half-hour mark, Accrngton took the lead when a cross from their left was half headed clear but only as far as the waiting O’Sullivan, who let fly from distance and left Jack Stevens floundering as the ball nestled in the bottom right corner.

John Coleman’s side drew confidence from that and began to press United back with a good spell before the break, a number of shots peppering the goal without making Stevens work, although the U's were grateful for half time, when they could dry off, sort one or two things out, and try to regain their early momentum.

It made for a very open second half. Korede Adedoyin side-footed a good chance wide before United changed shape twice to try and rediscover their earlier momentum. First Mark Sykes and Sam Winnall changed things to a diamond in midfield, then an injury to Ciaron Brown meant a more radical switch, with Elliott Moore in the middle of makeshift centre-halves Forde and Seddon, with Williams and Sykes as wingbacks.

That gave them fresh legs and a strikeforce of Taylor, Winnall and debutant Sam Baldock, with 292 Football League goals between them, was always likely to create openings. Winnall saw a 73rd minute effort hacked off the line, Baldock added new energy, Taylor nodded a chance wide after 86 minutes, but nothing quite fell United's way.

That was confirmed in injury time, when sub Harry Pell charged forward and freed overlapping centre-half Sykes, mysteriously powering down the right wing. When he cut the ball back, Hamilton drilled past Stevens and the game was over.

Disappointment to follow the jubilation of the win over Portsmouth on Saturday. You can't be brilliant all the time, most of it is fine.

Regroup, go again, see you when we welcome Bolton to the Kassam Stadium on Saturday.

Report by Chris Williams, pictures (and massive thanks in very difficult conditions to) Steve Edmunds

Tickets will be available on the night and are also available in advance until midday on Monday from oufctickets.co.uk and in person and on the phones (01865 337533)

We have both terrace and seating tickets available.

Coaches will depart the Stadium at 13:30pm and Kidlington Sainsbury's 13:45pm 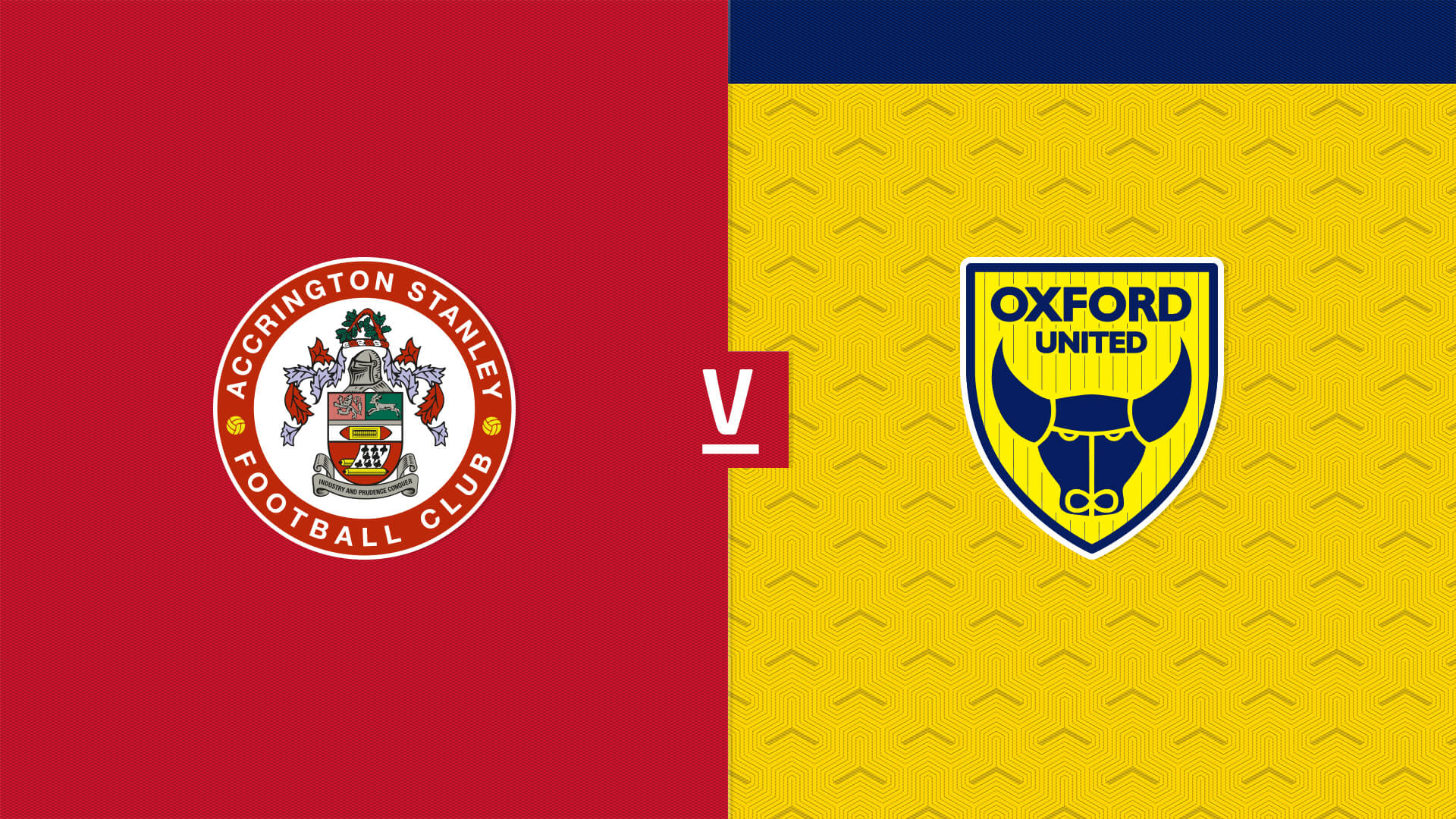 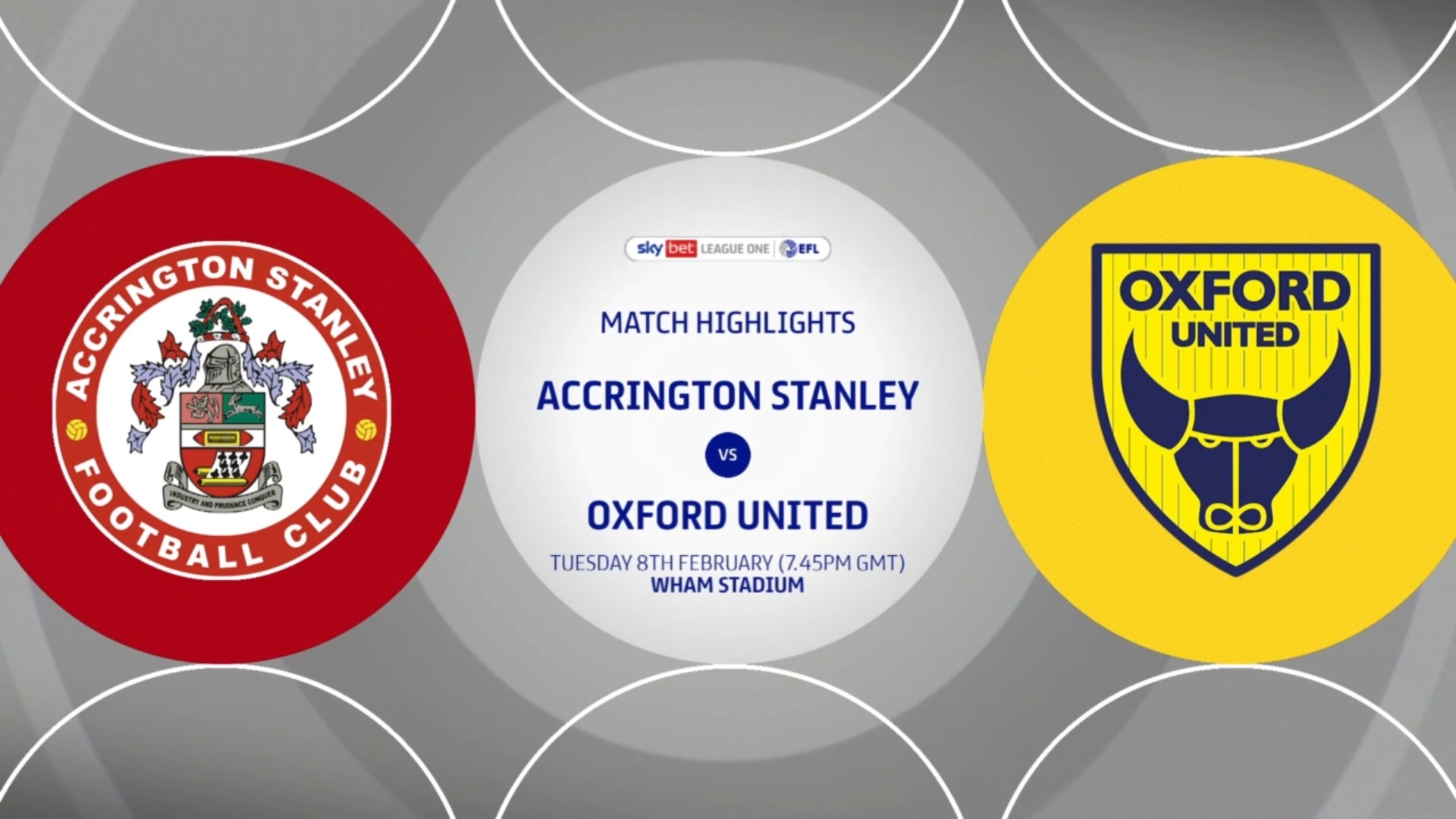 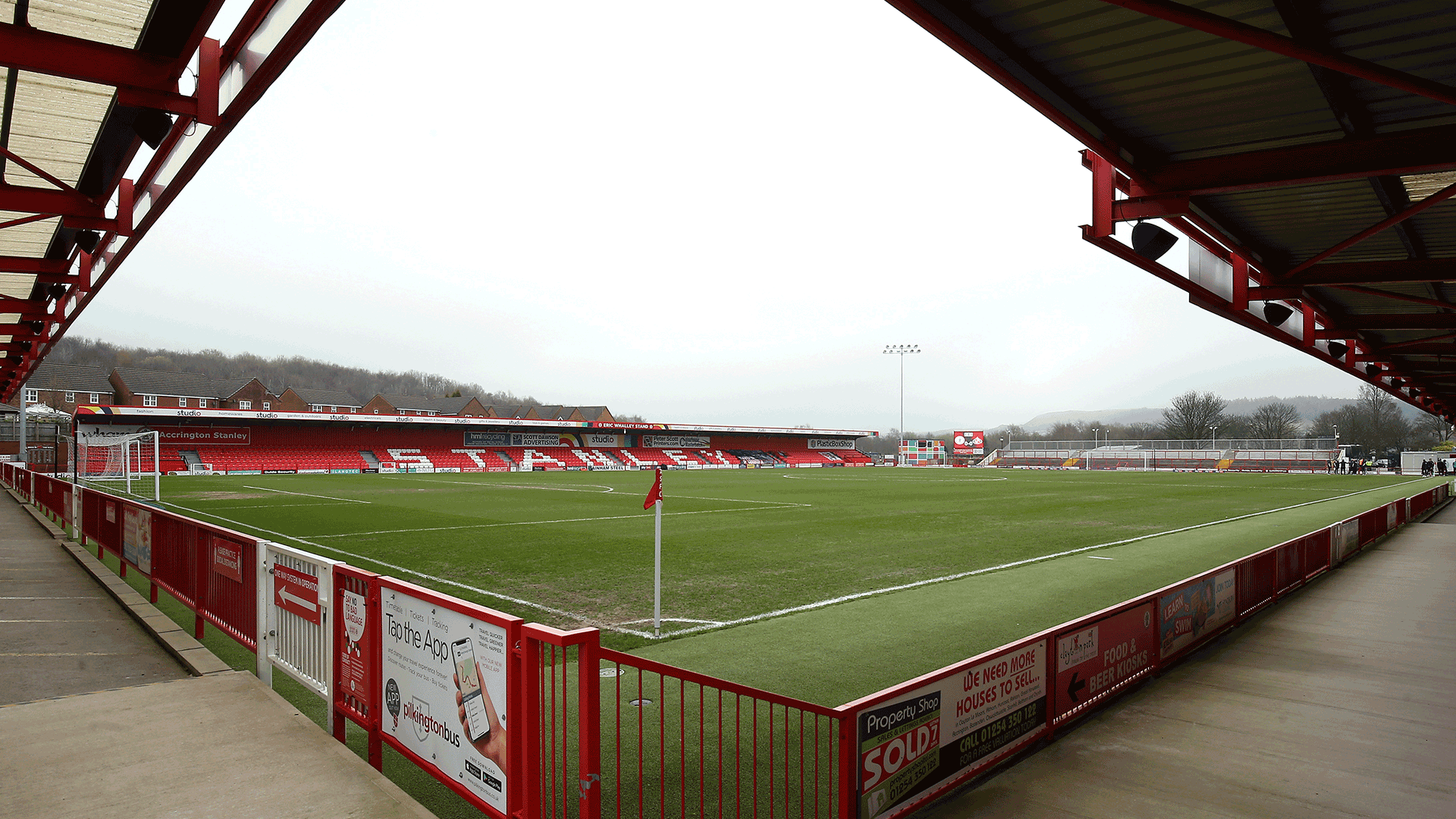