Oxford United welcome Sunderland to the Kassam Stadium on Saturday for the first home league game of the new season.

TEAM NEWS
One week in and United have been dogged by bad luck on the injury front with John Mousinho joining Jamie Hanson, Alex Gorrin and Josh Ruffels in the treatment room. Mousinho damaged knee ligaments during Tuesday night's Carabao Cup game against Watford and will see a specialist next Tuesday to assess the full extent of the damage.

Ruffels will miss the next two or three weeks after injuring a shoulder at Lincoln last Saturday, roughly the same timescale that the U's will welcome back Gorrin (ankle) and Hanson (calf).

"We just get on with it" Karl Robinson told iFollow."We always knew it could happen because of the short break after a long season but we will come through it."

Matty Taylor, Mark Sykes and Sean Clare all missed training this week and are doubtful while Sam Winnall is building up fitness but unlikely to be involved yet. Rob Atkinson is available after his red card at Lincoln was overturned after an appeal. 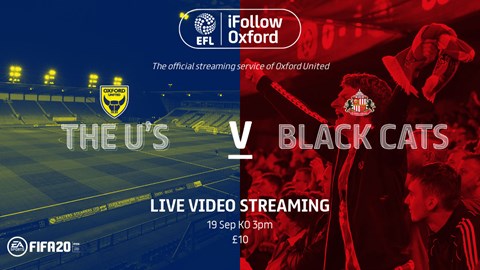 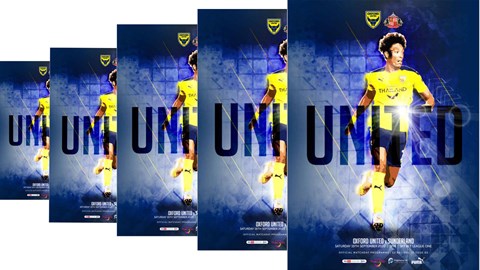 “There’s nothing major to have to worry about,” Parkinson said. "Grant Leadbitter picked up a dead leg earlier in the week, but he should be okay. Josh Scowen has not been with us today, he’s had a family bereavement and is at a funeral, but everybody else has been fine, which is good.”

Like Karl Robinson, Parkinson is still hoping to add new faces to strengthen his squad before the transfer window closes

“We’ve got time,” he said. “We haven’t got a great deal of money left in terms of the money we can go to, we have to say that. Unless it’s an Under-21 player, there’s not a lot of leeway there. There’s a bit left, but it’s not as much as we would like. We’ve got to make sure if we do add to it, it’s the right player."

FOLLOW IT LIVE
The game is available for just £10 to view on iFollow and free to Season Ticket Holders, who should have receieved an email with their code. Email ifollow@oufc.co.uk if not 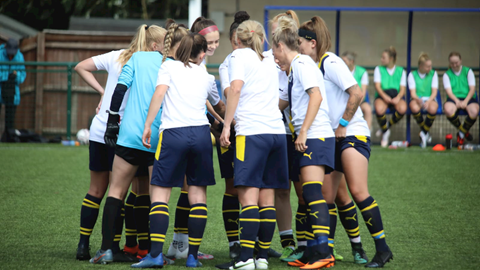 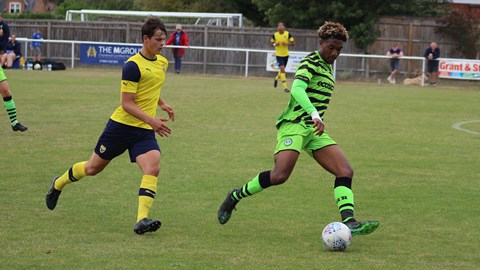 Second half goals from Luke O'Nien and Lynden Gooch saw Sunderland win 2-0 at the Kassam Stadium this afternoon as Oxford United were beaten in their first home game of the Sky Bet League 1 campaign.

There was little to choose between the teams for much of the 90 minutes, although the Black Cats made the brighter start and Bailey Wright’s fifth-minute header floated on to the bar with United flat footed and ball watching. However, they responded quickly to that alarm call and two minutes later a deep cross from the sprightly Mark Sykes was cleverly headed back across goal by Matty Taylor but just off target.

As with all previous meetings over the last two or three years, there was a healthy respect betwen two well-matched sides and space was hard to come by in midfield, where the U’s had a diamond shape behind the front two of Taylor and Derick Osei-Yaw.

It meant that chances were also at a premium and Simon Eastwood on his 200th appearance was largely untroubled in a tactical first half where neither side truly opened up until late on.

There was a wayward header from the powerful Rob Atkinson five minutes before the break and bookings for both sides for blocks and challenges off the ball but little that woud have lifted the fans from their seats under normal circumstances.

That’s not to say it was a bad game, just two good sides testing and probing for weaknesses, with Atkinson powering forward and setting up James Henry for United’s best chance of the half on 43 and Chris Maguire off target with a free kick in injury time with Sunderland’s.

What the game needed was a goal but unfortunately it came quickly for the visitors when O'Nien put them ahead just two minutes into the second half. Hume's run caused the problem on the left, United failed to get in a meaningful challenge as the ball went across the pitch and O'Nien was unmarked to smash home at the back post.

It could have got a lot worse very quickly, with Aiden O'Brien sidefotting one chance wide then flicking a second chance into the same advertising board as O'Nien again found space inside the box.

Action was needed as Phil Parkinson's side started to dominate and Joel Cooper and Dan Agyei were given half an hour to help their team find a way back into the game. It added fresh impetus and captain Brannagan saw a powerful drive blocked for a corner as United started to ask questions. Sykes nipped into a typical position but was off target as he fired across goal but the more they pressed the greater the danger that Sunderland would pick them off, and on 81 minutes it was Gooch who did that by powering in on goal down the left and slotting the ball across the exposed Eastwood to make it 2-0 and game over.

The U's gambled with just three at the back for much of the remainder but nothing quite clicked and Sunderland saw it through despite plenty of hard work and no lack of spirit from the home side.

A bad first week for the U's but plenty of time to put things right. 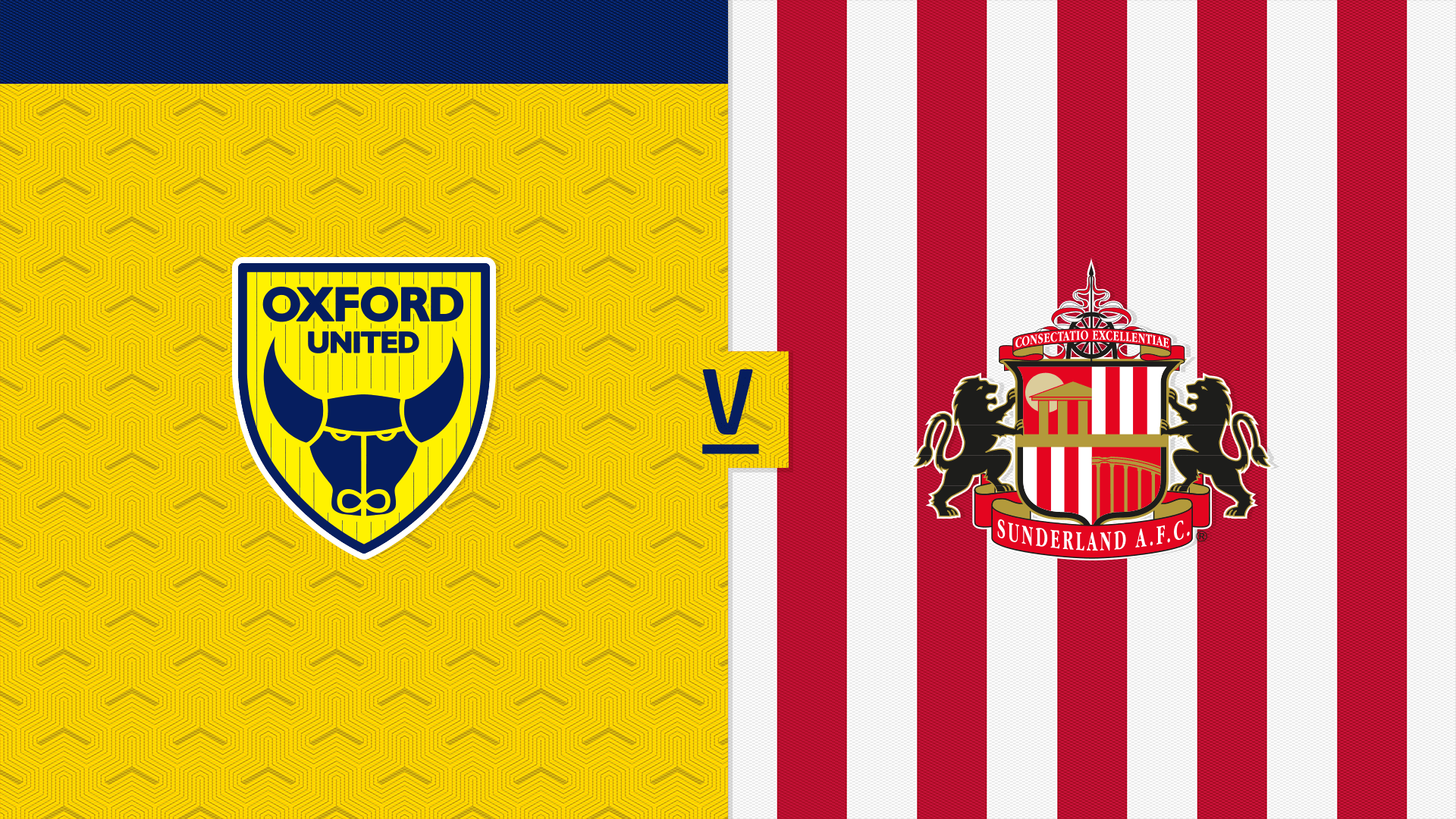 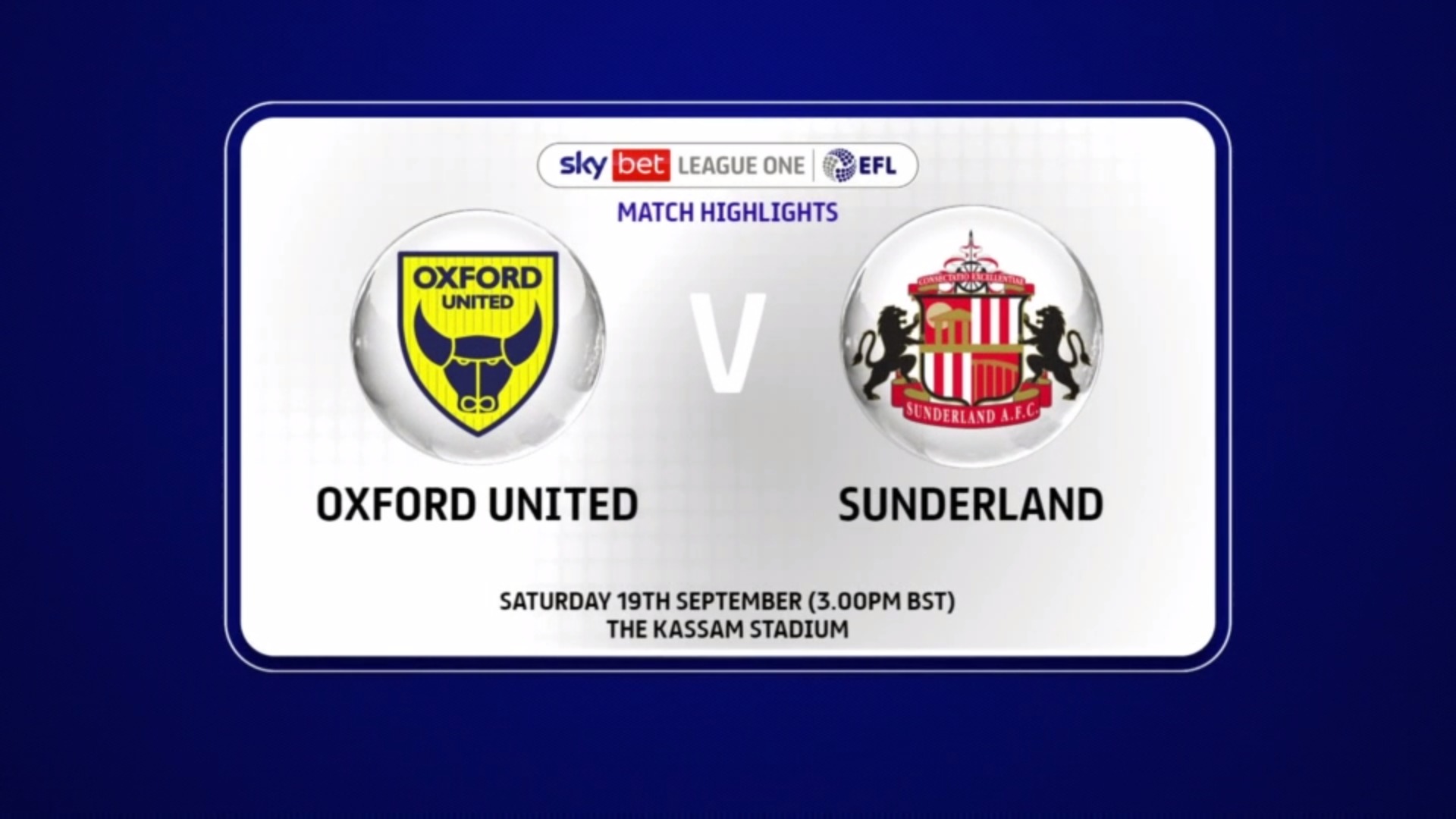 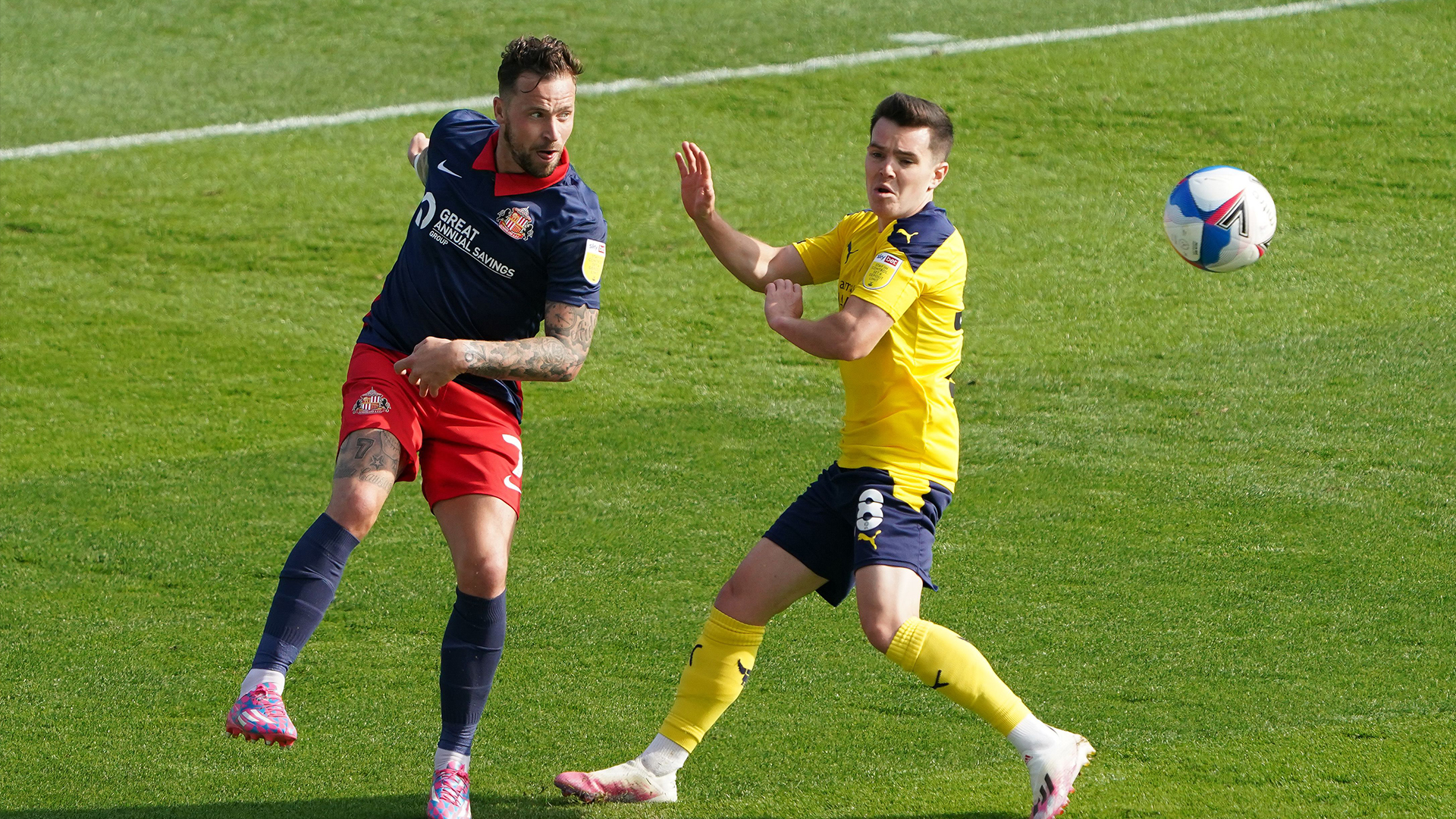