TEAM NEWS
United have no new injuries and everyone got 45 minutes in a behind closed doors friendly against a Championship side on Tuesday.

Jamie Hanson is expected to be back in full training next week with Cameron Brannagan a week to ten days behind that and George Thorne, Malachi Napa and Ben Woodburn all making progress after long term injuries.

Josh Ruffels returns to the squad after an ankle injury, which should mean his 199th start for the U's

See Karl Robinson previewing the game in iFollow right now where we have Mark Sykes and Matty Taylor as our guests in the Preview Show...

THE OPPOSITION
Southend boss Sol Campbell was at the Kassam Stadium for our last home game and told the Southend Echo that “We will have to be on our toes against Oxford but we will be.”

“Maybe a month ago it would’ve been a different story for us but most of our players have moved up five, 10 or 15 per cent performance wise. They’re doing more but we have to keep going. We have to keep working hard and take the handbrake off but we have to fight for every single point whoever we’re playing.”
“We’ve done some technical stuff, we’ve rested and done fitness work too since the last game,” said Campbell. “Everything is moving in the right direction. I’m really pleased but we have to keep the faith and this intensity.” 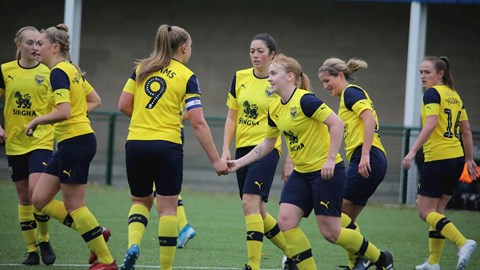 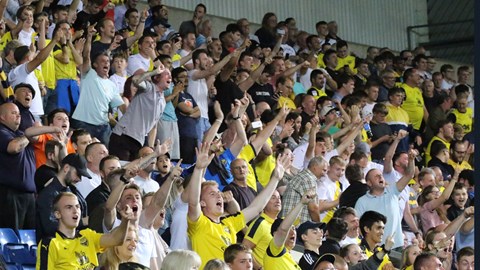 TICKETS
This game is not all ticket but prices are cheaper in advance.

Tickets are on sale by phone (01865 337533) until Friday 3pm and can be collected from the away ticket sales window next to the away end at Southend.
Seats are allocated in the North Stand and this area is unreserved covered seating.
Advanced Pricing:
Match Day Pricing:
*Please note there is an adult/senior concessionary price for disabled supporters, all other disabled supporters pay the age relevant price with complimentary carer if required
**Emergency Services price is NOT available on matchday for home or away fans so need to be purchased in advance.
London Road Coaches
Depart stadium at 11:00
Adult Member - £18
U18 Member - £16
Adult Non-Member - £20
U18 Non-Member - £18
Call 01865 337533 to book. Under 14s must be accompanied by an adult and no alcohol is permitted on the coaches.
Travel Alert
We have been advised that there are roadworks on both the A13 and also around the roads surrounding the stadium/ Priory Park so please allow a little more time for your journey

THE PLAYLIST
Want to get in the mood for the game? Then search for Oxford United Official on Spotify where we bring you a new playlist for every away journey, plus the dressing room playlist. The Playlist is available on Saturday morning and is always flexible: let us know on Twitter if you have any more to add to help get the Yellow Army in the mood as we head for the sea.

Oxford United made it 15 games unbeaten with another superb away win today. Ending the Roots Hall hoodoo in style, two goals from Matty Taylor and strikes from James Henry and Dan Agyei - his first for the club - secured another three points for a United team who are rewriting the history books.

Given that Shandon Baptiste had to drop out in the warm-up after feeling his groin tighten up, United might have wanted to ease their way in, with Anthony Forde stepping into the side at the last minute. What they could not have been expecting was a gift of a goal inside 53 seconds. Under no pressure, left-back Richard Taylor passed square for his namesake, who slotted past keeper Nathan Bishop with ease to give his side a priceless head start inside the first minute.
In truth, Southend never recovered and United, fresh from 14 games unbeaten, were full of confidence, movement and enthusiasm. Henry was only denied by a brave save from Bishop as the U’s pressed for an early second goal, and then by two good saves from the keeper inside ten seconds on 26 minutes as United dominated.
The only blip was a yellow card for Gorrin which means he misses the next league game, at home to Shrewsbury, but on 33 minutes it was 2-0 and basically game over as Southend once again handed a goal to the U’s. This time it was centre-half Timothee Dieng with the assist, inexplicably passing gently along the ground to Henry, 25 yards out, and then watching as he touched it forward and then rifled it beyond the despairing Bishop for 2-0.
There were further chances, mostly created by defensive mistakes, but don’t forget that those were caused by constant United pressure and had Sykes, Henry and Fosu been able to take advantage then the game would have been dead and buried by half time.
Instead, the home side rallied and came at United for the first time, only to find Rob Dickie and John Mousinho in typical determined mood and protecting Simon Eastwood, with full backs Cadden and Ruffels then able to join the attck. Indeed, one Cadden cross was only just nicked away by Dieng as Taylor looked certain to make it three just after the hour mark.
Sol Campbell's side did at least raise their game after the break, but they had been the engineers of their own downfall and United had been totally professional in everything they did.
Five minutes from time they were winners when Taylor thumped home his second after Henry had worked the ball to him in suspicious amounts of space inside the box. Thirty seconds later and Southend gave the ball away once more and Agyei, on as a sub seconds earlier, raced clear and prodded home his first goal for the U's in front of over 900 adoring fans, who loved every minute of their day by the sea.
Another win, another clean sheet, another move up the table and a first win at Roots Hall in a generation. What's not to like?
See you at Walsall as we continue our FA Cup adventure.
Att: 6,835
Away: 905
Report by Chris Williams, pictures by Darrell Fisher

Ticket details for our away game at Roots Hall on Saturday are as follows.

This game is not all ticket but prices are cheaper in advance.
Tickets are on sale by phone (01865 337533) until Friday 3pm.
Seats are allocated in the North Stand and this area is unreserved covered seating.
Advanced Pricing:
Match Day Pricing:
*Please note there is an adult/senior concessionary price for disabled supporters, all other disabled supporters pay the age relevant price with complimentary carer if required
**Emergency Services price is NOT available on matchday for home or away fans so need to be purchased in advance.
London Road Coaches
Depart stadium at 11:00
Adult Member - £18