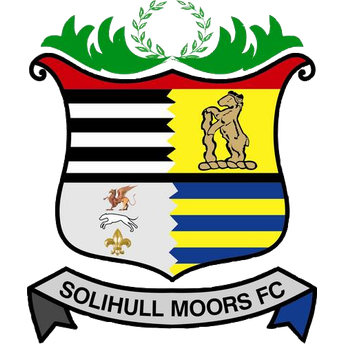 Oxford United head for Solihull on Saturday for their final pre-season friendly of the summer.

TEAM NEWS
Rob Hall stands by to return for the U's. The striker has sat out the last few games after a hefty challenge at Thame in the first week of pre-season but has worked his way back to full fitnesss and will play some part in the game at the SportNation.bet Stadium

Jamie Mackie who made his return after injury against Fulham in midweek is due to start but Gavin Whyte, Fabio Lopes, Jamie Hanson and Shandon Baptiste will stay behind to step up training after injury.

THE OPPOSITION
Tim Flowers' side just missed out on promotion to the EFL last time around and have won five and drawn one of their six friendlies so far.

TICKETS
After major rebuilding this summer the new Damson Homes Stand lower tier seating will be closed but supporters will be able to make use of the walkway in front.

Turnstiles will open at 1pm and United supporters should enter via turnstiles 1, 2, 3 and 4. Supporters can purchase on the match day from the ticket box office at the front of the ground.

Kick off is at 3pm and tickets are:

A matchday programme will be on sale for £3.

COVERAGE
iFollow is unable to bring commentary or video streams on our pre-season games this summer but there will be reaction from the key men after the game, plus you can follow all the action on Twitter at @OUFCOfficial and on this site with Match LIVE plus a match report right on the final whistle.
Oxford United full pre-season fixture list

A fine effort from Cameron Brannagan meant that Oxford United ended their pre-season with a 1--1 draw at Solihull Moors this afternoon. Trailing to a Mitch Hancox opener the U's hit back through Brannagan before the break in a tough test against one of the favourites for promotion from the National League.

On a grey afternoon, United carved out two decent chances in the opening exchanges: Jamie Mackie steering a James Henry shot on target to force a first save out of Ryan Boot before Josh Ruffels headed a Chris Cadden cross just over. However, the home side had already created a chance for Paul McCallum that Simon Eastwood kept out before Hancox arrived at the back post to fire past the keeper after 16 minutes to make it 1-0.

United responded and saw Malachi Napa fire a couple of chances close and Alex Gorrin start to spray the ball around at the base of midfield but the constant danger was that the home side would pick them off at a set piece. Darren Carter planted one over the top and McCallum missed his kick inside the six-yard box as the ball bobbled around after being clipped to the back post once again after half an hour.

United looked dangerous themselves though, especially when granted space to build from the back and on 36 minutes were level. Henry had already tested Boot with one effort from 20 yards before Brannagan latched on to a loose ball from similar range and bent the ball into the top right corner for a fine strike.

The combination of Gorrin and Brannagan looks good in the heart of midfield and with Henry, Fosu and Napa joining Mackie further forward, United linked up neatly against a rugged Moors back line.

There were chances for the home side, with Liam Daly planting the best of them into the side netting in the second half from a set piece but United also found some joy from crosses: Mackie's backheel forcing Boot into action and Ruffels inches away from a Fosu cross in a similarly even second half.

No injuries, no huge drama and another good work out. A Fosu effort almost won it late on but a draw was probably fair, if such things matter in a friendly.

Our thanks to Solihull and best wishes for the season. Now the serious stuff starts. See you at Sunderland...