The U's have been in fine form in recent weeks and have scored three times in each of the last three games. That gives Manager Karl Robinson a selection dilemma up front where Sam Smith came into the side at Wycombe in the Checkatrade Trophy and capped a fine display with a goal. Jamie Mackie has been leading the line well in the league and Robinson must choose between the two as well as perming two from three of Marcus Browne, Gavin Whyte and Ricky Holmes to join the front man.

Whyte is eligible to play before he flies up to join up with the Northern Ireland squad but striker Harvey Bradbury, who made his debut in midweek, is cup tied after playing for Woking on loan earlier in the competition

Our visitors are currently ninth in the League 2 table after a narrow defeat at leaders Lincoln last Saturday. The clubs have met ten times over the years, with the U's winning five and losing two. The last time the clubs met was also in the FA Cup three years ago when a 76th-minute Kemar Roofe goal gave United a 1-0 win over the then National League side.

There are reduced prices for this game, where all areas of the ground will be open.

*Must be accompanied by an adult

Tickets are on sale from the Oxford United ticket office online at oufctickets.co.uk and from the Ticket Office (01865 337533)

Because of the interest the OX3 and OX7 football specials will be running for the FA Cup match at the normal times. Both services had been running slightly earlier due to the roadworks en route but normal timetables now apply again. 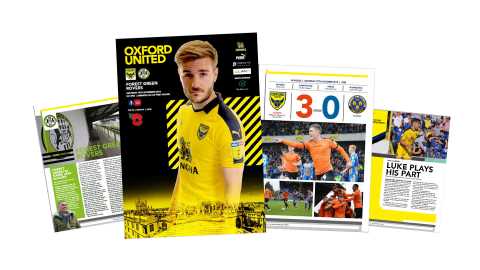 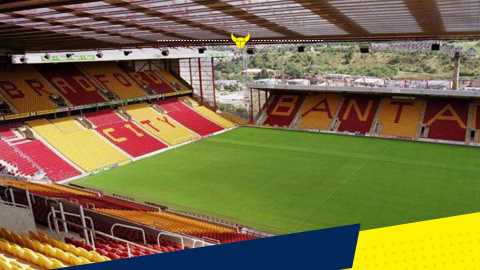 See the U's at Bradford for £1

If you are a Forest Green fan fan travelling to the game then a full Supporters Guide is available here: OUFCAwayDayInfo.pdf

iFollow is available with the full game LIVE to hear in the UK,  Ireland and overseas. Please note there is no live overseas video streaming in the FA Cup due to different rights. There will still be reaction from the key men after the game, and you can follow all the action on Twitter at @OUFCOfficial and on this site with our OUFC Live coverage. Clive lives.... 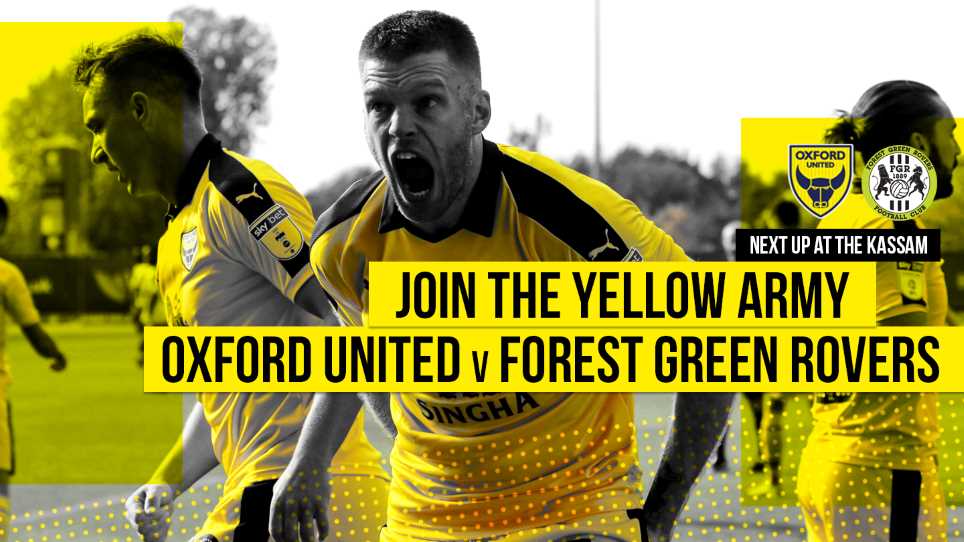 
Oxford United’s Emirates FA Cup first round tie against Forest Green Rovers has been confirmed for Saturday 10th November with kick-off at 3pm.

Oxford United and Forest Green Rovers will have to do it all over again after a 0-0 draw in the FA Cup. The two teams will meet again on Tuesday 20th November after a tough encounter which sets up an intriguing replay at the New Lawn.

The first half was slow going with both sides showing a healthy respect for each other.  Possibly too much. It was the League 2 side who should have taken the lead after 15 minutes though when left-back Theo Archibald was granted the freedom of the penalty area but got under his right-footed effort to send the ball well over the fence when he really should have given Simon Eastwood no chance.

However, United saw more of the ball than their visitors in the first half with Gavin Whyte and Tony McMahon sending in a number of dangerous crosses and Cameron Brannagan and James Henry moving the ball nicely. Marcus Browne’s tame effort straight at the keeper was the first, and only, effort on target at either end in the first half though.

United raised the tempo after the break with Whyte forcing a good save out of Montgomery with a low drive and both Browne and Smith getting in to good positions but not hitting the target before a double substitution shortly after the hour mark saw Jamies Hanson and Mackie given their chance to move United through to the next round; Mackie curled a sly effort just wide after 67 before Whyte again had a decent effort which was flicked just past the post by a covering defender as it seemed destined for the far corner.

In between those efforts Forest Green had once again wasted the best chance of the half. This time it was midfielder Reece Brown the culprit, firing wide from 12 yards with the whole goal to aim at and Eastwood scrambling to get across his goal.

Further clipped efforts from Brannagan and Henry went over, Browne dragged a shot wide on 77 and the visitors then hit the post in the 89th minute when sub George Williams slid in at the near post but couldn't steer the ball on target.

Three let-offs for the U's then but also plenty of decent approach play without a finishing touch. The visitors had earned a chance at home but United are still in the hat, also stretching their unbeaten run to eight games.

We look forward to the rematch.


Oxford United’s Emirates FA Cup first round tie against Forest Green Rovers has been confirmed for Saturday 10th November with kick-off at 3pm.