TEAM NEWS
United will wait to see if Gavin Whyte, Rob Dickie and Jordan Graham are available for selection with all three rated doubtful through injury. Whyte missed both games for Northern Ireland last week with a thigh strain while Dickie (calf) and Graham (knee) picked up knocks in the win at Coventry last weekend.

Jonte Smith and Samir Carruthers stand by for returns to the squad should any of the three miss out while youngsters Fabio Lopes and Nico Jones have been involved on the bench in recent weeks.

Wycombe will have around 1,800 fans making the short trip down the M40 and manager Gareth Ainsworth is hoping their support can inspire his team.

"Our fans are fantastic and they are really behind the boys. I have had some great comments and all I have to do is turn up at Oxford and see the numbers. You don't get that if they are not with the team and not all pushing for the completion of this five-year plan in place.

"I thank the fans in advance and I promise we will give our all and we will in the seven games after that as well. After 46 games, we will rightly be where we deserve to be and I am hoping it is a League One club and I am very confident we will get out of this."

"Oxford have some very good players and it will be a tough test. However, we embrace tough tests. You only have to look at those games against the likes of Sunderland and Portsmouth. I am sure they all know but there is no harm in reminding them that they have to be at their absolute best to get anything out of this game." 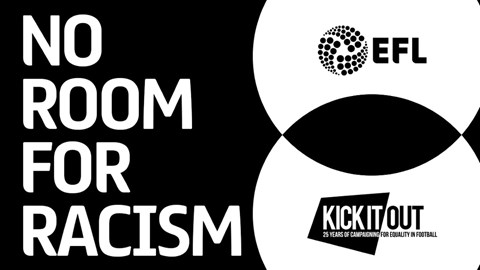 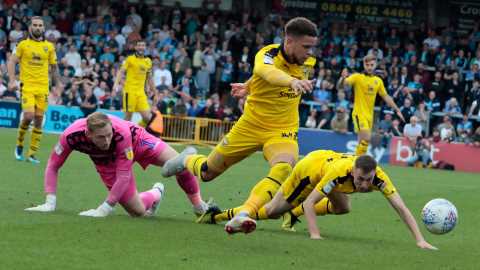 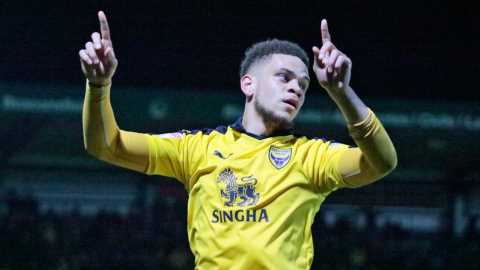 Match Day
The RES gate behind the North Stand will in operation for this gamemeaning fans cannot move from one end of the ground to the other behind that stand after the game. See the Match Pack block above for the best ways to make the most out of your day, including travel details and an away fans guide.

Youth Team
Good luck to our under 18s who are at home to Luton Town on Saturday morning in the EFL Youth Alliance Merit League 1. Kick off is at 11am and admission is free at Northcourt Road, Abingdon.

Never ever leave an Oxford United game early. A Josh Ruffels goal with ten seconds left gave them yet another dramatic win as they came from behind to beat Wycombe 2-1 this afternoon. A goal from Jerome Sinclair had seen them draw level after Adam El-Abd's opener before Ruffels blasted them to a win with a magnificent strike.

United, all in yellow and kicking with their own fans behind them in the first half in a game played in brilliant spring sunshine, started steadily with Ahmed Kashi the ‘quarterback’ in front of the back four and spreading the ball well for wide men Marcus Browne and Luke Garbutt but Oxford didn’t really create too many chances.

Even so, it was a surprise when the visitors took the lead. Wycombe had a couple of tame efforts in the first 15 minutes but were in front after 20 from the first serious effort of the game and their only shot on target in the first half. A free kick from Joe Jacobson travelled to the back post where centre-half Anthony Stewart did well under pressure to get the ball back across the six yard box. El-Abd, with the ball behind him, did well to flick it goalwards and the Wanderers were winning 1-0.

Back came the U’s: Sam Long’s header going over and a Garbutt effort blocked at source before they levelled through Sinclair's deceptively simple finish. It came from good approach play by Marcus Browne, who used the space on the right to full effect with a low cross. Sinclair cleverly positioned himself in space between the two central defenders and was left with a close-range finish from six yards out for his third United goal.

Wycombe had gone above United in the table when leading but had also scored the first goal in their last three games without winning and United now started to fully test their nerve, best shown in the 37th minute when Jacobson missed the target with a penalty, awarded when Josh Ruffels was adjudged to have fouled Alex Samuel as the striker rolled past him in the box.

Having ridden their luck on that occasion, United started to raise the tempo after the break as the game became more open. The once-again excellent Sam Long fired in a number of crosses behind the retreating Wycombe defence, Rob Dickie had two headers cleared almost off the line and an already entertaining game was going up a notch by the minute.

Adebayo Akinfenwa is the focal point for so much of Wycombe's play that he will inevitably have at least one chance each game, this time it was a looping header after an hour that bounced thankfully away off the top of the bar with Simon Eastwood watching and (Wycombe) wondering.

There is strength in depth for United now - switching Browne for Jordan Graham after an hour and Mackie for Henry ten minutes later being a perfect example - and United stretched the game well in the second half, as well as drilling countless crosses into dangerous areas. Dickie needed to make one important clearance from a Wycombe ball across the six-yard box after 80 minutes but otherwise it was a question of whether United would be able to turn one point into three.

There was plenty of possession, no shortage of effort and total commitment, but Gareth Ainsworth's side had defended well and played their part in an entertaining non-derby. However, in the very last minute Ruffels strode on to the ball wide on the left and crashed it over the keeper for the winner- the second home game in a row that United have won this late.