United boss Pep Clotet welcomes Jon Obika back into the squad as they take on the Saddlers.

The striker has missed the last couple of games but has trained all week at a training camp on Gibraltar Barracks and could come into the side in place of Wes Thomas who limped off in the first half at Blackpool last weekend.

Christian Ribeiro is also in contention after a knee injury while defender John Mousinho will be hoping that the safe arrival of his baby daughter on Monday brings him luck. Mousinho has been in training all week and is expected to continue at the back where Clotet must decide whether to stick with the three man back line that ended the game at Blackpool.

Agon Mehmeti has looked sharp in training and could be involved for the first time.

Tickets remain on sale in advance and on matchday from www.oufctickets.co.uk and 01865 337533. The ticket office now has Contactless machines which we hope will help speed things along.

The two Oxford United shops are open tomorrow and with the weather turning you might want to take a look at the new parkas in the store at Grenoble Road and the leisure wear in our Covered Market store, which is open from 10am to 4pm.

Tickets are also available in the Covered Market so if you are in town why not pop in and save queuing at the ground? 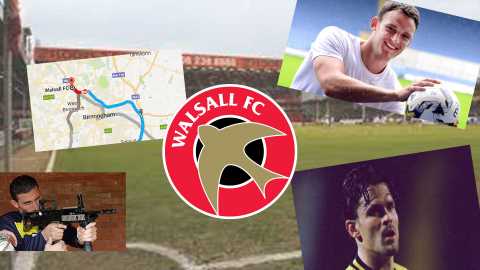 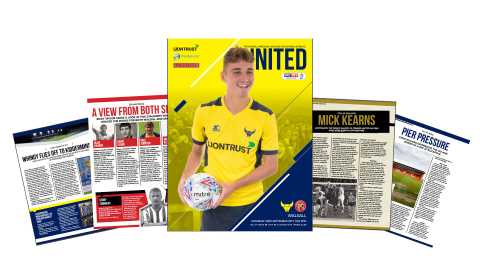 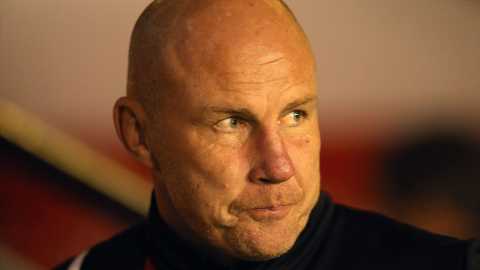 Our award winning match programme is available all around the ground and features thought-provoking articles from  Pep Clotet and Curtis Nelson. We have great interviews with Joe Rothwell and Jack Payne, a Christian Ribeiro poster as well as all your usual favourites including a day out by the seaside in On the Road..

Oxford United lost at home for the first time this season as Walsall sealed their first away win with a 2-1 victory. Goals from Erhun Oztumer and Tyler Roberts sealed three points for the Saddlers despite Ryan Ledson's late penalty giving the Yellows hope.

United started brightly and only a good tackle stopped Jon Obika as he powered into the area in the first minute; he also got the first shot of the game away in the fifth minute. However, the U’s lost their way after the first 15 minutes as Walsall grew into the game. Former Yellows Roberts and Zeli Ismail were prominent and Kieron Morris almost found the breakthrough on 23 minutes with a low shot that Simon Eastwood scrambled round the right-hand post.

That was a temporary reprieve though and after half an hour the U’s were behind. Joe Edwards found space on the United right and drilled in a cross that flicked off a body to take it over Eastwood and the lively Oztumer was on hand to knock it home from almost under the crossbar.

It might have been worse: Oztumer smashed a difficult chance wide from another cross from the same side of the pitch, and then couldn’t beat Eastwood when one on one with the keeper after 40 minutes.

The Yellows were finding it hard to protect their back line with the ball coming back too quickly towards the overworked defence and changed at half time to bring on James Henry to try and get back into the game. However, just seven minutes into the second half and they were in double trouble. You should always keep in touch with your friends but Roberts did his old team mates no favours when he span clear, drifted across the face of goal and then screwed his shot across the face of Eastwood to make it 2-0.

The Saddlers, without an away win this year, were working like demons and captain Adam Chambers tracked Payne all over the park to deny him space; it was a surprise not to see him follow Payne down the tunnel when he was subbed just before the hour.

Two goals down, the U's raised their game; Henry's lob was just too gentle to get over keeper Mark Gillespie and Hall had a near-post effort saved but it was Eastwood to the rescue on 64 with a flying save to keep a rising Roberts drive out of the top corner.

Gillespie made a magnificent save on 71 when Henry made perfect contact with a volley ten yards out that was ripping into the net until the keeper flew to flick it to safety. However, United were on the front foot now and when Luke Leahy tripped Hall inside the area the U's were back in contention as new penalty taker Ledson converted from the spot.

Walsall dropped deeper and deeper to try and cling on to their precious haul and United threw caution to the wind to try and salvage a point, throwing Curtis Nelson up top and giving it a real go. Sadly, as at Blackpool last week, they had left it too late before they got into top gear.

Walsall win in Oxford for the first time since 1981, United lick their wounds and must try and bounce back at Bury on Tuesday night.