United head for the MK Dons on Saturday looking to build on an encouraging start in Sky Bet League 1. Here we have a full guide to the game.

United add new signings Alex Mowatt and John Mousinho to the squad after the pair joined on Deadline Day. Midfielder Mowatt joined on loan from Barnsley while defender Mousinho signed on a two year deal after leaving Burton, where he had been captain.

Both go into the squad but may need to be patient after the impressive 6-2 win at Stevenage on Tuesday. Left-back Ricardinho and captain Curtis Nelson are also expected to return after missing Tuesday night through injury.

Of the long term injuries Josh Ashby is closest to a return and should be back in full training in the next week or so. 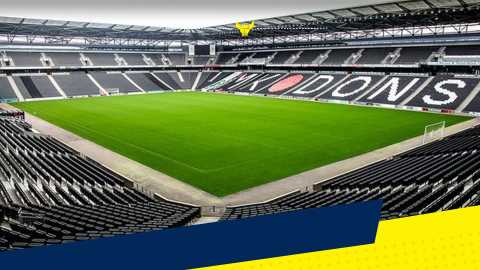 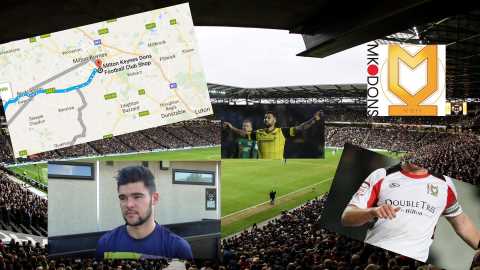 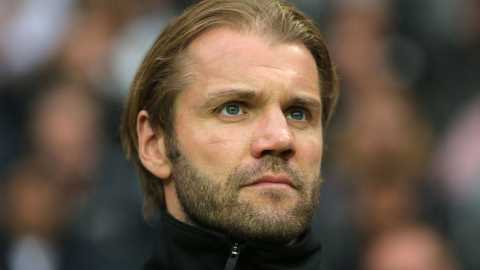 iFollow's live video streaming service for fans overseas is available and can be bought on a yearly or monthly basis. The audio commentary from our friends at BBC Oxford is available to all subscribers, home and away, and we will have video interviews with all the key people.

In our weekly battle to have the commentary continue at half time we lost on Tuesday but have once again stressed to the relevant people that we would very much like this to happen.

Oxford United picked up a point at the MK Dons this afternoon as Callum Brittain's second half goal cancelled out an opener from Robbie Hall.

Neither John Mousinho nor Alex Mowatt were included after their deadline day arrival, but there was a first league appearance for Dwight Tiendalli at right back, allowing Christian Ribeiro to continue at centre-half, skippering the side in place of the injured Curtis Nelson.

The home fans spent the first eight minutes booing Hall like a pantomime villain whenever he touched the ball, but were then silenced as their former idol played a slick one-two with Jack Payne after James Henry had set the move going. The Dons backed off, allowing Hall room on the edge of the box to work the ball on to his left foot and curl it beyond the despairing Lee Nicholls for a terrific goal, his third in two games.

Jon Obika then tested the keeper’s handling with two low drives, Henry whipped another just wide of the mark and the men in black were in control of the early stages. Hall was denied only by brave block by Nicholls at the near post after 21 minutes after another storming run from Obika, and the U's were certainly the quicker team out of the blocks.

The home side had been hesitant, with only a Ryan Seager mega drive on 25, blocked by the resolute Mike Williamson, to worry the United back line but started to grow into the game. Tiendalli’s afternoon ended soon after as he slid to block a cross and landed awkwardly before being replaced by Aaron Martin.

The Dons could have been level when Alex Tshibola couldn’t quite steer a presentable chance at the back post on target after 31 minutes, and Eastwood then made a good save when sub Brittain got a clear shot at goal after 37 minutes.

There were two early efforts from the home side at the start of the second half which bracketed the goal without troubling Eastwood but United hadn't quite recaptured their earlier fluency and on the hour their lead was gone as Brittain hammered home a fine equaliser. There seemed little danger when he got the ball on the right wing but he came inside, reached the corner of the box and let fly with a left footer that perhaps took a slight deflection as it flashed past the helpless Eastwood.

United dug in a little at the back but also gave Gino van Kessel 20 minutes to try and find a second goal. Robbie Muirhead dragged a 77th-minute shot wide for the Dons but Obika was close to reaching an 82nd-minute cross from Ribeiro at the other end as the game ebbed and flowed.

The last five minutes saw high drama. Both Payne, who leant back and fired into the 3,000 away fans at the end of a great move down the right involving Ribeiro once more, and van Kessel, who cut the ball behind his teammates as he bore down on goal in the 86th minute, had chances to turn a draw into a win as United pressed once more. Obika fired too high in the 89th minute and van Kessel almost won it with a rolling effort that was smuggled just wide, and by then Dons boss Robbie Neilson was in the stands after being sent off.

A lively end to an entertaining 90 minutes in which United had once again shown real potential. They start the second month of the season with a useful point and with just one defeat so far. Two home games to come. See you there.

Although the game is not all ticket,  with a large number of fans likely to follow the U's on the road you will save time by buying in advance rather than paying cash on the day.

All disabled supporters pay the age-applicable rate, with a free PA.

We would encourage all supporters to buy tickets in advance to minimise queueing times at the away ticket booth, which is cash only. Advance tickets are available until 3pm on Friday.

Collection at MK will be from Gate 2 at the away end from 2pm.

Under-14s must be accompanied by an adult.

No alcohol is permitted on the coaches.