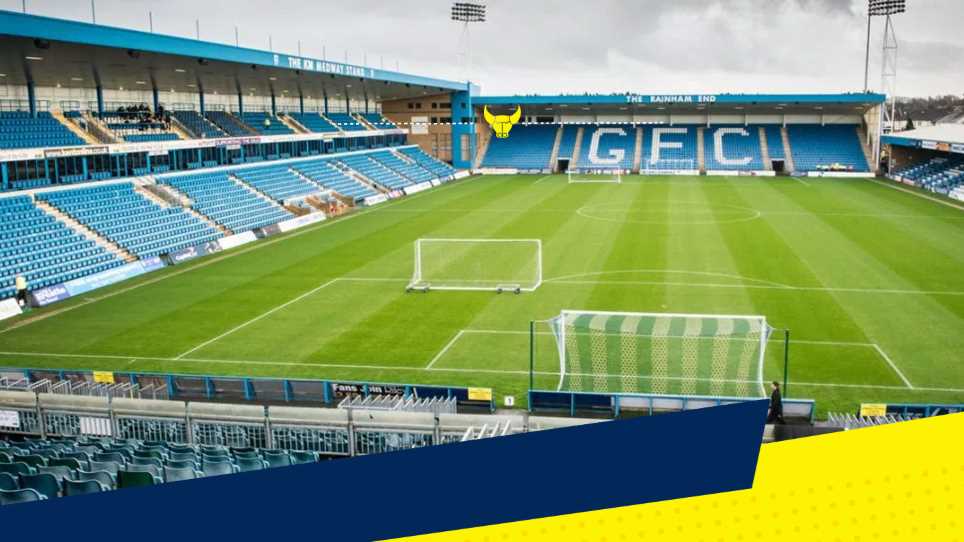 
Oxford United's Sky Bet League 1 game away at Gillingham on Boxing Day has been moved forward to a 1pm kick off.

Oxford United bounced back to draw at Priestfield this afternoon. After losing 7-0 to Wigan on Saturday United responded well when a Ricardinho strike gave them the lead but Conor Wilkinson's late goal denied them all three points.

There needed to be changes and fewer players remained in the side than went out of it. Canice Carroll, Aaron Martin, Ryan Ledson, Joe Rothwell, Jon Obika and Gino van Kessel all returned to the side in a more conventional 4-4-2 shape, albeit with Rothwell on the left and van Kessel on the right of midfield. There was certainly a more competitive edge and the opening 20 minutes were all about the battle in midfield, with neither keeper troubled by either crosses or efforts at goal.

The first shot on target came on 24 after a delightful move which saw Josh Ruffels volley the ball to Rothwell whose first touch took him past two men and opened up the space for a shot at goal from 25 yards that home keeper Tomas Holy plunged to his left to push away. Van Kessel then volleyed a chance from closer range over the bar on 28 minutes and Obika fired another effort wide as United began to look dangerous.

Ledson’s typical tenacity, on his 50th start for the club, was winning the ball for the U’s and they answered a few questions in the first 45 minutes. Were they going to react? Was there team spirit? Would they compete and fight? And did they believe they could win? Yeah (x5). Did it mean a feast of football for 45 minutes? Not quite, but that was not the point and eventually those qualities earned them the lead.

Eastwood’s only save of the half was to catch a Tom Eaves header in the last minute but on 52 minutes it was Holy who was picking the ball out of the net as United took the lead. Obika, who played the target-man role well all day, created the chance by laying the ball into the path of the Brazilian left back who let fly with his right foot from 22 yards out. The ball took a deflection* but beat Holy inside the right-hand post to give United a lead they had fully deserved.

The excellent Rothwell, ghosting past two men, tested the Holy spirit with a 64th-minute drive that the keeper pushed away but there was an absolute determination from everyone in a yellow shirt and Thomas maybe should have sealed the win after 77 when he got in behind the home defence but didn't get enough height as he tried to lob the keeper.

A second goal would have won it, but Gillingham started to pile on the pressure and on 87 they pulled the goal back in controversial circumstances when they were awarded a corner that clearly came off their own man. Protests were waved away before a flighted ball into the box wasn't cleared and sub Wilkinson swivelled to slam home from close range and break United's hearts.

A draw on the road is always welcome but conceding so late just took the gloss off a solid, hard-working performance from the U's. They had shown the requisite attitude, just not quite been able to see it through.

They move on to a game away at Bradford on Saturday.

Away: 440
Report by Chris Williams, pictures by Darrell Fisher, stats by OPTA

See highlights and reaction in iFollow.

* If the deflection was off Wes Thomas I refuse to adjudicate


Oxford United's Sky Bet League 1 game away at Gillingham on Boxing Day has been moved forward to a 1pm kick off.

We have received an allocation of tickets for unreserved seating in the uncovered Brian Moore stand behind the goal. They are on sale now from the Oxford United ticket office [Not on-line] but will NOT be posted out as Gillingham do not duplicate any that do not arrive, so will need to be collected from the ticket office by 3pm on Saturday 23rd December.  The ticket office will not be open after the Wigan Athletic match and therefore any not collected by this time will be taken to Gillingham for collection from Priestfield on the day.

Under 14s must be accompanied by an Adult.

No alcohol permitted on the coaches.