United have no new injury worries with striker Wes Thomas back in training after being subbed at Scunthorpe last weekend as a precaution and winger Marvin Johnson expected to be available again after a hamstring problem.

Manager Pep Clotet has hinted that Johnson may have to be patient though:

"Our performance was good last week, but the result was disappointing" Pep told iFollow. "Our job is to pick a team based on who has done well in training this week and who played well last game."

Ivo Pekalski is doing well in his recovery from a knee problem but joins Charlie Raglan on the long-term injured list.

Youngsters Jack Stevens and Malachi Napa have gone out on loan this week, Stevens to Oxford City and Napa to Hampton and Richmond Borough.

Tickets remain on sale in advance and on matchday from www.oufctickets.co.uk and 01865 337533. Tickets are also available in the new shop in the Covered Market which will be open this Saturday from 10am to 2pm. The ticket office now has Contactless machines which we hope will help speed things along. 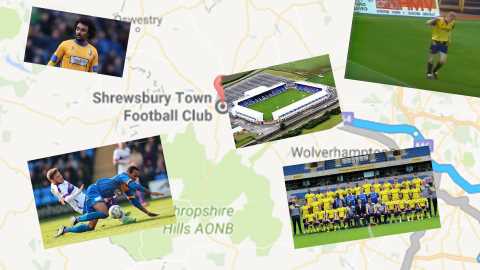 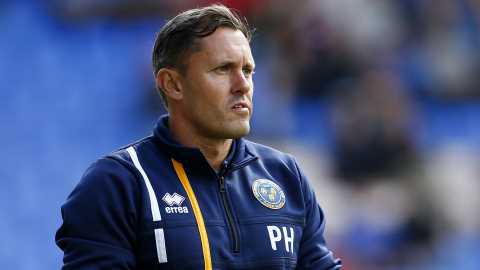 We are proud to have a true United legend as our special guest on Saturday. Gary Briggs was a magnificent servant to the club and one of the best defenders ever to pull on the yellow shirt. Gary will be meeting fans in the matchday restaurant before the game and we know will get a great reception when he steps on to the pitch at half time

THE PROGRAMME
Our award winning match programme is available all around the ground and features thought-provoking articles from Darryl Eales, Pep Clotet and Curtis Nelson. We have a great interview with new boy Ricardinho and legend Peter Foley as well as all your usual favourites as we kick off the On the Road series at Oldham.

There’s a new look to United’s half-time prize draw this Saturday, with JT’s Cocktail Bar joining the fun and the prizes changing to include second and third prizes.

The new draw brings the Fifty/50 draw right up to date and represents great value: All prize draw tickets cost just £1 and entitle the buyer to a free drink (a beer or house spirit with a dash) at either JT’s Cocktail Bar in George Street or The Three Horseshoes in Garsington.

Prizes have been expanded and the draw has a first prize of up to £750. Second prize is a £100 voucher for the Oxford United club shop, either in the O-Zone or at the shop’s new premises in the Covered Market, while third prize is a VIP package at JT’s Cocktail Bar.

iFollow means that overseas fans are able to see the whole game live and UK subscribers able to hear it. In Halftimegate it looks as though we/common sense have won and we are told that commentary will be left on throughout the break.

Oxford United and Shrewsbury were left with a point apiece at Grenoble Road this afternoon after a 1-1 draw in Sky Bet league 1. Late goals from Gino Van Kessel and Stefan Payne kept United unbeaten at home and the Shrews unbeaten this season.

It wasn’t just the yellow against orange colour scheme that led to a bright start on a beautiful late summer afternoon. Both teams play at a good tempo and close the opposition down quickly which made for a ferocious start, with Ricardinho smashing the first effort into the car park after five minutes and Shrewsbury looking neat and composed at the other end.

Van Kessel, starting for the first time up front, is a clever player and made intelligent runs for Jack Payne to try and find from a slightly deeper role as a ‘number 10’ but neither could find a sight of goal in the first half and fresh from three straight wins to start the season, the Shrews started to show that confidence.

There were shouts for penalties at either end in the 21st minute, Williamson baulked as he tried to convert a Ledson pass and Shaun Whalley knocked over by Ricardinho as the left-back chased him down but then the visitors could have taken the lead when Jon Nolan tested Eastwood for the first time on 24 after a clever free kick and then Carlton Morris flashed a shot just wide on 28 after Mike Williamson had dallied on the ball for a fraction too long.

Williamson atoned by getting in the way of a goalbound Alex Rodman header soon after but the away side had created the better chances before the break and looked comfortable in the early exchanges after the break, pushing United into a double substitution on the hour to see if Joe Rothwell and Jon Obika could change their fortunes. It certainly played a part in what was to follow as the game went end to end.

Obika almost made an immediate impact as he tricked his way through but couldn't beat keeper Henderson, who had fielded a Ryan Ledson effort a minute before as the U's started to press.

They had an almighty let off after 65 minutes though, as Morris beat Eastwood to the ball and lofted the ball goalwards. The crowd held their breath as the ball bounced up, struck the bar and span away from the line instead of into the empty net. Morris was convinced it was in, but ref Kinseley thought otherwise. Anyone can make a mistake but with no goalline technology or replays it is impossible to know if the officials got it right this time.

Obika powered in a long-distance effort on 70 but Nolan's low drive at the other end caused Eastwood far more problems as he got down smartly to his left to push it away.

United had ridden their luck at times but stayed strong and disciplined and with 15 minutes left got their reward as van Kessel bustled the ball in for his second goal of the season. Payne's corner created chaos with a defender sending the ball back towards his own net and emergency rearguard action failing to clear the ball as legs were thrown at the loose ball. Van Kessel hadn't stopped moving though and despatched the ball into the bottom-right corner to give his side a valuable lead. A poacher's goal.

United looked like winning now but credit to Shrewsbury, who will have felt aggrieved and were back on level terms swiftly after. Sub Lenell John-Lewis came on, caused chaos at the back post as Rodman's cross went right across the box and after another bobble, Payne had a simple task to pass the ball past Eastwood to make it 1-1.

He should have won it as well. Presented with an open goal in injury time he shot with his right foot but only hit it against his standing leg

Paul Hurst's side lose their one hundred per cent record then, but had done enough to earn their draw. United had dug in when needed and made sure they picked up a point without being at their fluent best.