Oxford United kick off the new season at Oldham tomorrow. Here we have a full guide to the game.

Pep Clotet takes charge of the U's in a competitive game for the first time and is keeping his cards close to his chest when it comes to team selection.

Last season's Player of the Year Simon Eastwood is fine after a cut leg in pre-season and Curtis Nelson and Christian Ribeiro seem certain to play in defence. Clotet's choice is whether to partner Nelson with Aaron Martin or Mike Williamson at centre-half and whether to use Marvin Johnson at left back or further forward. New arrival Ricardinho and youngster Canice Carroll are other options at the back.

Charlie Raglan is the one player definitely out though. A scan yesterday showed ligament damage to his ankle and he will see a specialist next Tuesday to advise on whether an operation is needed and how long he is likely to be out of action.

Further forward, on-loan Jack Payne stands by for a full debut after joining from Huddersfield while new faces Xemi Fernandez, James Henry and Jon Obika will all hope to be involved. 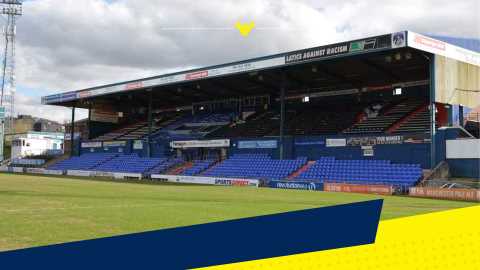 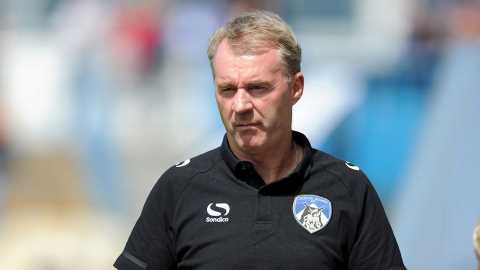 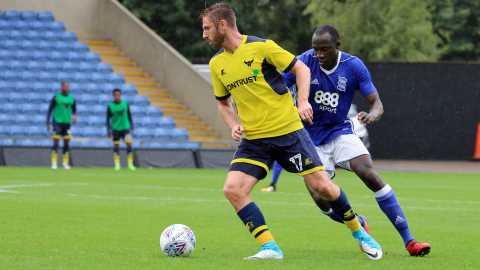 Saturday sees the launch of the new live streaming on iFollow for overseas fans. If you are an exiled U's fan you can see the whole game live, with seasonal and monthly options available.

If you live in the UK you can hear the whole game in iFollow, thanks to our friends at BBC Oxford, and from Sunday lunchtime see either edited highlights or the whole match back.

Whether you are in this country or abroad, be warned: Preview Show LIVE is a thing.

@OUFCOfficial will be tweeting throughout the game and the match centre on this site gives you full stats and text commentary throughout the match. the new look website means we can once again bring you the official match report right on the final whistle with images of the afternoon.

The Pep Clotet era got off to a flying start today as Oxford United got the 2017/18 season off to a winning start. Goals from Wes Thomas and Josh Ruffels earned the U's all three points at Boundary Park - their first ever win at the ground on their 16th visit.

There were three new faces in the United starting eleven with Mike Williamson joining new captain Curtis Nelson at the back, James Henry starting on the right of a four man midfield and Jack Payne sitting just behind Wes Thomas up front. Williamson was instantly impressive, using his experience to marshall those around him, while Henry and Payne looked inventive throughout.

The U’s started as brightly as their all yellow kit, Josh Ruffels having an early effort deflected wide and his midfield partner Ryan Ledson testing home keeper Ben Wilson with a fourth minute effort; the on-loan Cardiff man grateful for an early touch after joining just the day before. Thomas tested his handling from a similar position after 18 minutes before an audacious flick from Payne flew across goal after some clever play down the left from Joe Rothwell and Marvin Johnson.

Oldham’s main attacking focal point was former United man Craig Davies who made some intelligent runs and held the ball well as he waited for support and felt he was baulked on 26 minutes as he challenged for a header with Simon Eastwood about 25 yards from goal after a long ball bounced awkwardly. United’s keeper, more comfortable back inside the penalty area, also had to punch an in-swinging corner away from under his bar on 28 as United weathered a five minute spell where Williamson was off to receive treatment for a cut mouth before Eastwood again got down well to stop a Davies effort on 37.

That was Oldham's best spell and  having weathered it the breakthrough came after 39 minutes. A clever touch from Rothwell gave the ball to Payne who provided a perfect ball through the defence for Thomas. Oldham appealed but in vain as Thomas span clear behind them. Wilson came to meet him but Thomas waited for the keeper to commit then stabbed the ball past him and into the net to score the first goal of the campaign- the second year in a row that Thomas has had that honour.

He might have had a second before the break had a desperate defender not done just enough to divert the ball into the side-netting but the Yellows were full value for their advantage at the break with the brilliant Ledson forcing one last save from Wilson to end the half.

Payne had been tormenting the home defence and might have capped that with a goal as he turned on the spot and forced the first save of the second half as the U’s roared towards their magnificent supporters, and the Huddersfield loanee could have opened his account on 55 minutes had he been able to guide his header across Wilson rather than straight at him. Heading may not be his strong point, but we’ll forgive him if he plays this well each week.

That came after a 60 yard run from Nelson (pursued by Davies) down the right wing; the U’s were flexible and fluent, certainly more athletic than Oldham, with everyone comfortable on the ball and swapping roles at will; Rothwell always able to move inside to create space for Marvin Johnson to run in down the left, Ledson and Ruffels taking turns to join the attack.

Oldham worked hard and started to launch both the ball, and more men, forward but Eastwood and his defence looked comfortable in the autumn sunshine. The one moment of danger came when Nelson was robbed bringing the ball out of defence with 20 minutes to go but sub Tope Obadeyi could only smash the spinning ball well over the top. Totally Tope.

With 20 minutse to go it was game over. Canice Carroll's first touch was a neat clipped ball into the chest of fellow sub Jon Obika. Payne nicked the ball and once again played the perfect pass as Ruffels- having a stormer- ran into the box at speed and prodded powerfully past Wilson to make it 2-0.

Tempers flared as Oldham tried to find a way back into the game but there are some wise heads in this new look United squad and they saw things through with consumate professionalism. It might even have been three when Obika outmuscled his man but couldn't force the ball beyond Wilson after 87 minutes, but no matter.

Nobody get carried away: one win does not make a season. But a win on the first day, a clean sheet and three points on the board: you can't moan can you?

Very enjoyable, very impressive and the perfect start. Remember that opening day win at Portsmouth? Come and join us next Saturday when the U's welcome Pompey to Grenoble Road.

See Highlights and reaction in iFollow

Oxford United will be backed in large numbers once again this Saturday as the Yellow Army get set to back Pep Clotet and his new-look U's at Oldham.

Boundary Park has a large away end and fans can pay on the day, but tickets are cheaper in advance and are available from the OUFC  ticket office in person and by phoning 01865 337533 until 3pm on Friday.

They can then be collected at the ticket office near the Main Entrance at Oldham from 2pm onwards on matchday.

It all adds up to another great following  for the U's who averaged over 1,000 fans at away games last season.

The season starts on Saturday: don't miss it.

All places on the coaches are now SOLD OUT

U14s must be accompanied by an adult.
No alcohol is permitted on the coach. 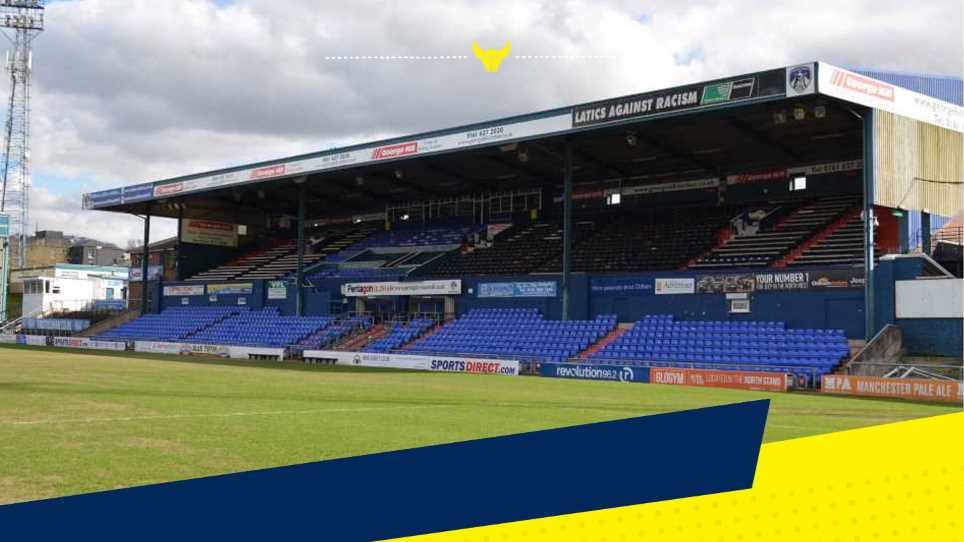 
Pep Clotet's first Sky Bet League One game as Oxford United manager is a visit to Oldham Athletic's Boundary Park, a venue where the U's have yet to win.