Oxford United's under 18s went top of their league this morning when goals from Gatlin O'Donkor and Adam Smith gave them a 2-0 win over Portsmouth at Court Place Farm.

With rivals AFC Bournemouth not playing, United took full advantage with a second win of the week thanks to 16-year-old O'Donkor's fifth goal in as many games and Smith's injury-time clincher.

United were on top in the early stages, with winger Will Owens putting in a number of dangerous crosses and Josh Anifowose driving the team forward from midfield.They were deservedly in front on 23 minutes when Anifowose fed O’Donkor and he took advantage of the space available before firing past keeper Conor Manderson to make it 1-0. 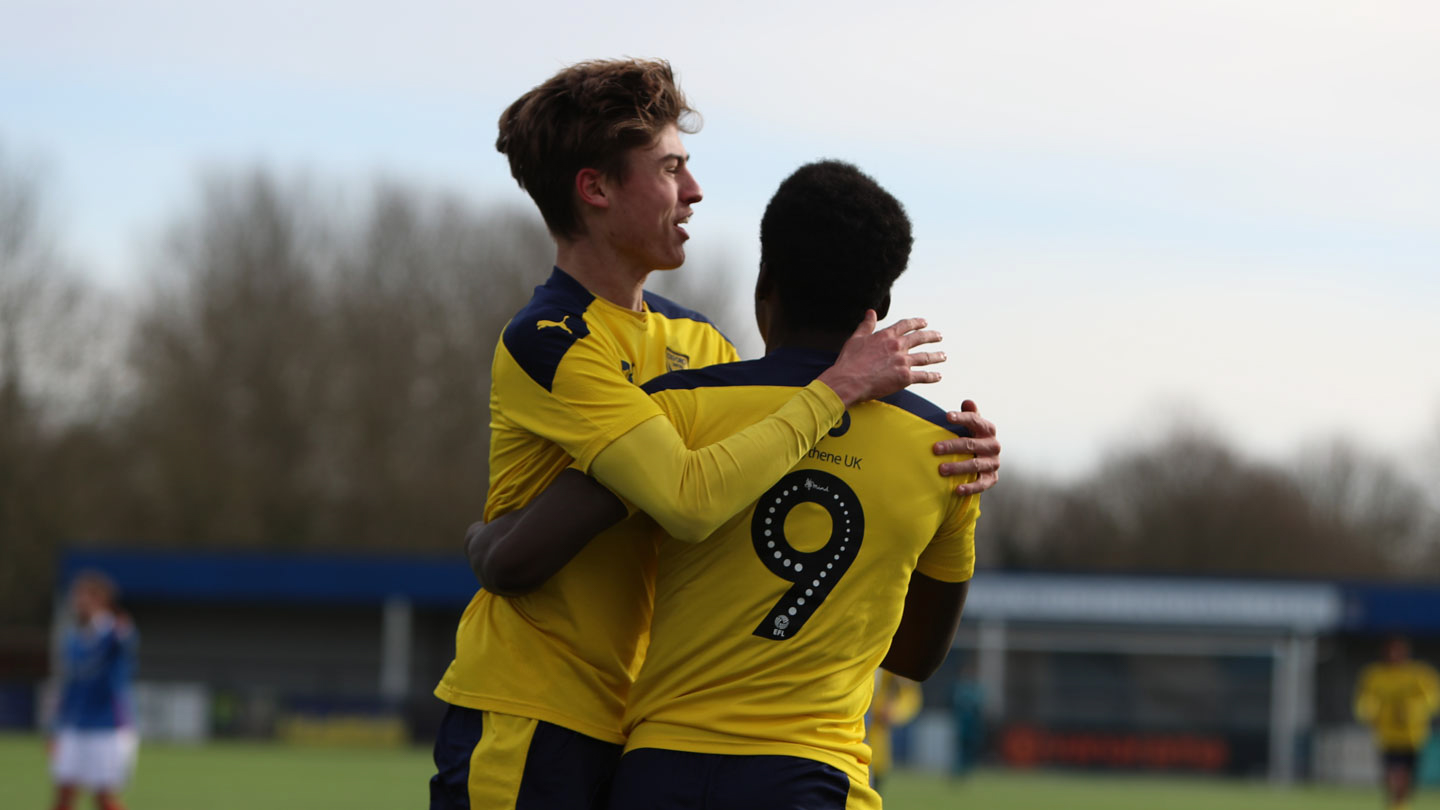 Portsmouth came back into the game after that, left-back Sam Johnson making a brave block and the defence, with Clint Nosokhare adding a more solid look on his return after injury, doing a good job of protecting keeper Kie Plumley, who didn’t really have a save to make in the first half, although he was thankful that Izzy Kara didn’t make him work after 40 minutes, firing Pompey’s best chance of the half wide.

United might have been two goals up, but Owens headed a great cross from right-back Ben Watt wide in front of the watching first-t,eam squad who had stayed on to watch the youngsters after an early morning training session on the 3G surface.

Most had left a freezing Court Place Farm by the time Plumley made a spectacular save from Harrison Brook early in the second half, the first of several important interventions from the keeper, and with Johnson making another key block United’s lead was looking increasingly at risk as Portsmouth pressed forward. 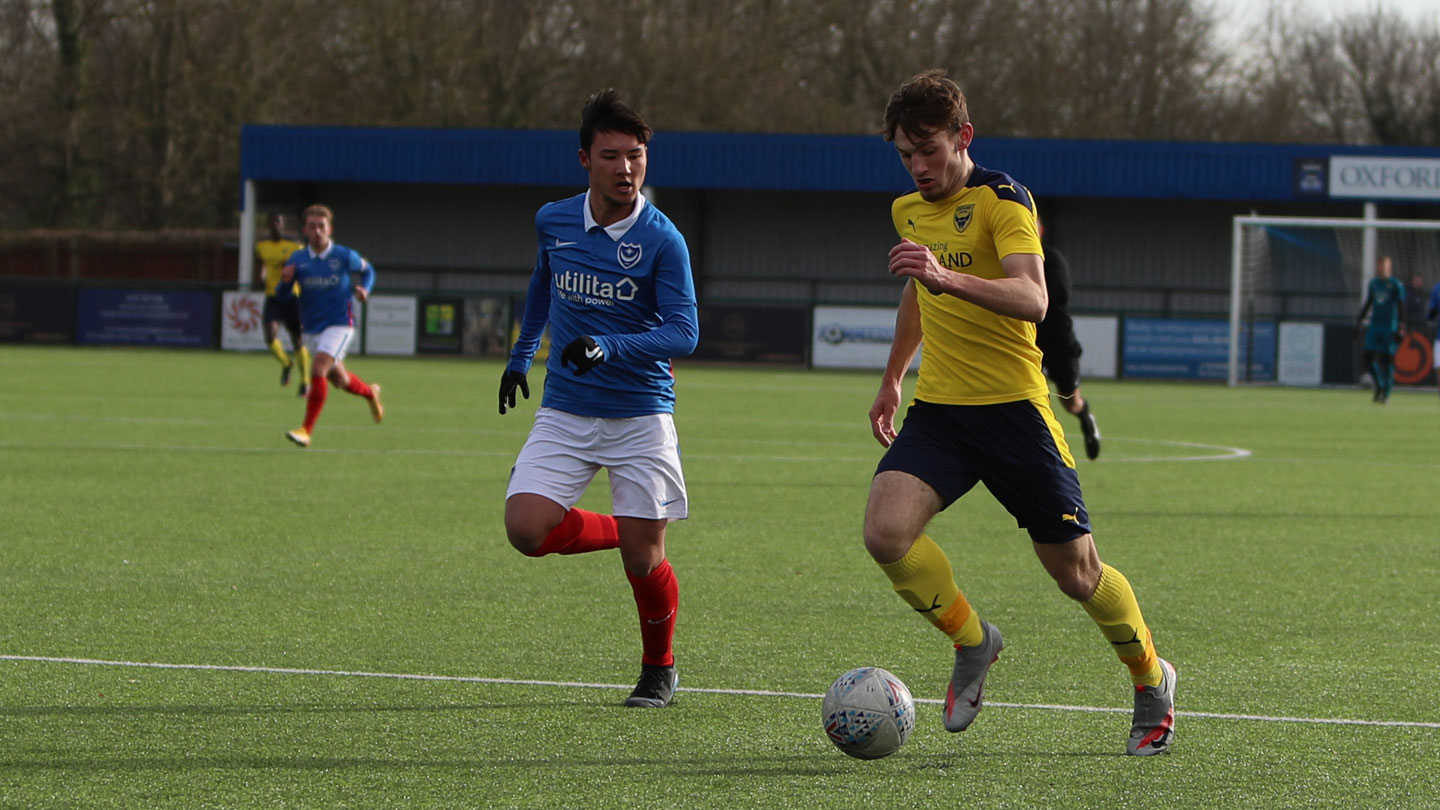 The introduction of Tyler Goodrham thankfully sparked a revival, the winger forcing Manderson into a terrific save to push his clever effort over the bar and looking very lively on the left wing.

There was another good save as sub Enrique Tiamuna won the ball and bore down on goal before O'Donkor was denied by the keeper, but Brook should really have levelled on 75 when he read a back header, beat Plumley to the ball but poked his shot wide of the mark. Indeed, Portsmouth had a number of half chances with headers that were flicked wide or not quite timed but they came to nothing and United's back line had worked hard for their clean sheet.

Portsmouth will maybe feel a little aggrieved, but in injury time the game was over as United broke, Callum Crook held the ball then sprang Goodrham and Tiamuna free before Smith arrived at the back post to make it 2-0 and end the contest.

The league table isn't key: developing young players is the goal. Once again this group impressed on both fronts.