You know the drill. Since Lockdown started I’ve been writing a weekly feature and this morning, loathe as I am to try and touch on such a raw evening I feel I have to try and somehow convey what it was like to be at the Sky Bet league 1 play-off final at Wembley.

It’s photographer Steve Daniels who sums it up for me two hours before kick off as we sit in the sunshine having a coffee. “I just feel so guilty being here” he says.
That’s my over-riding sentiment as well. We are so privileged to be here at Wembley, both of us for the fifth time with the U’s. But I want to share the day with my family and friends. I want to walk past Tesco Express and bump into fans I know enjoying a meal deal picnic. I want to have a beer with my mates in the Green Man or the Fan Zone. I want to pose by the Bobby Moore statue - even more poignant today as we celebrate the life of Jack Charlton with a minute’s applause before kick off.
Wembley is for sharing and all I get to share this time is saliva and snot as I am tested upon entry to the ground at 5pm. Testing has become second nature over the last few weeks but today I have been forewarned about a heart rate check and am worried- my dicky ticker is thudding away at the thought of such a big game, plus I am lugging three great big bags of equipment up and down the glazed, dirty steps that repeat my own and reflect my thoughts.
Somehow I pass the test and emerge from the murky interior into a glorious sunbathed arena. An empty football stadium is a weird thing indeed but some things never change. Jonny Edmunds has beaten us to it and set the kit out- United all in white in the East changing room- so I move a pair of socks when he’s not looking, just to annoy him. Wembley has double changing rooms so the staff kit is in a further room while all of the medical and warm up equipment is lined up with military precision. 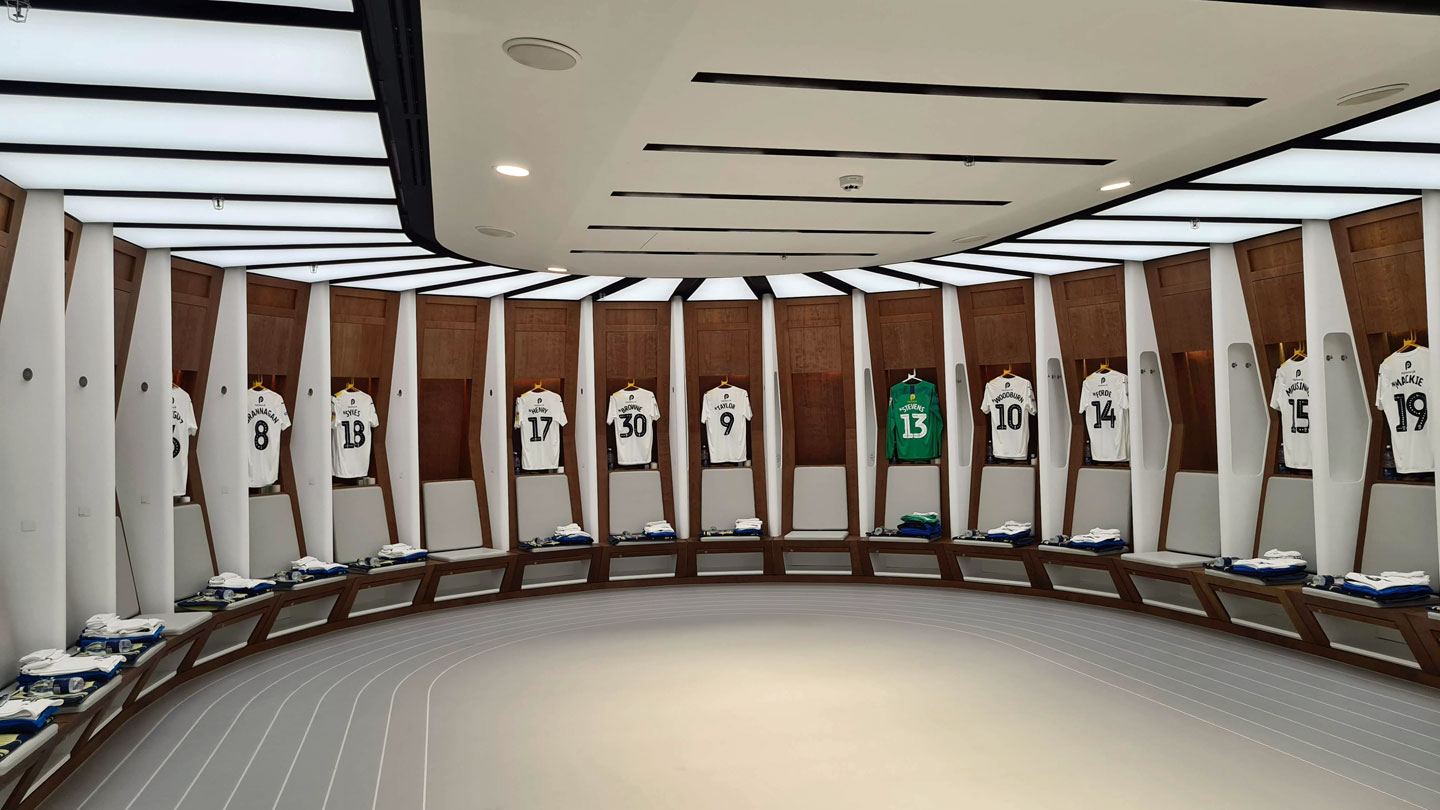 There’s another familiar face in the tunnel, Mick the Floor Manager who controls things for SKY. We go back to the Setanta days and stood on this very spot together in 2010. We go and take a look at the 1,200 travelling cut-outs in the Oxford end- massive well done to those who laid it out all day on Sunday. I point out John Shuker, Womble, Alan Coleman and Karl’s family ‘look, there’s even one of his dog Pedro’ I tell him so SKY can cut to the cut outs during the game.
The team arrive and I usher Rob Dickie to the cameras for an interview. Teamsheets are exchanged and Karl does another interview. “How’s Pedro?” asks Mick. “How do you know my dog’s name?” Karl replies. “It’s my job to know such things" says the Floor Manager, his mask barely hiding the grin.
I pick my way up the steps to the east press area. Wycombe and the nationals are in the west, we have our own exclusive gated community of the OUFC media team, BBC Oxford and the OUFC analysis team plus regular visits from the OUFC invited guests who should be seated just below us but are pacing the concourses nervously.
To my left photographer Steve is manfully trying to take pictures of every cut out but it’s a hopeless task. We have TRIED to get as many of you as we could into the Gallery but strict time restrictions were against us, as was geography. Under understandable protocols we could only have access to certain areas. Indeed Kath Faulkner got herself properly told off for filming in the restricted red zone. “I don’t know who she is but throw her out” I told a passing steward.
Readers, I’ll gloss over the game. Let’s just assume you all saw it and will have your own ideas on what happened. IF you want to read my report then it’s HERE but I’d just look at the pictures if I was you.
But I do want to tell you about what happened after the final whistle. There were tears and despair on one side of the pitch, joy and elation on the other. I have friends in the Wycombe camp and was pleased for them but all around me the last 12 months had finally caught up with a magnificent group of players and staff who began this epic tale a year ago in Portugal and Glasgow. They had given so much and been so focused on this game and it hurt very very much.
“TOGETHER” came a loud Liverpudlian voice and Oxford United went into a huddle. Read back to my tour diary from that trip to the Algarve and I comment on my role being just outside that huddle but close enough to hear. “I am so proud of you” Karl says. “Every one of you. But now we will give Wycome our respect, we will applaud when they lift the trophy and we will do everything the right way.”
It’s tough doing that but it is how sport should always be. I'll never know whether it was deliberate but Karl even steps ten yards further forward, towards the ceremony, wanting to hurt, wanting to see it all, wanting to store it all up for another day.
We conduct interviews and I hope we conduct ourselves with dignity, Credit to Mark Sykes who speaks eloquently on behalf of the players before we all head for home.
Usually I sit in the back of the media car editing videos and working all the way home. Tonight we are all in separate cars but Kath rings me the minute we get out of the Wembley car park. The call lasts the entire 45 minutes home. It starts solemnly but by Hanger Lane we are a bit more cheerful. By Hillingdon we are talking fondly of Glasgow, of Lincoln away, of Shrewsbury, of West Ham, Newcastle… By the time we pass Wycombe I am threatening to go and sing Oxford songs in the Eden Centre. By the time we come through the cut at Stokenchurch we are home.
“Shall we do it all again?”she asks. “Yeah, why not. One more year.”
Chris Williams is the club's Communications Manager but all views in this feature are his own, or possibly Paul Weller's and do not necessarily reflect those of the club.