Oxford United will return to Northampton and Blackpool rather than Norwich and Blackburn next season after Wycombe Wanderers squashed their dreams of a place in the Championship with a 2-1 win at Wembley.

Trailing to an early Anthony Stewart header, United came back strongly and were level through a Mark Sykes cross-shot but were left to face another season in League 1 when Joe Jacobson fired Wanderers into the second tier from the penalty spot.
Much had been made of the contrasting styles of the two teams and United enjoyed far more of the ball for the entire 90 minutes but sometimes it is all about taking your chances.
Marcus Browne whistled an early effort over the bar as United pressed, but the danger was always going to be from set pieces and on nine minutes it was a dead ball that put the Chairboys ahead. Jacobson’s delivery was perfect, Stewart outjumped everyone at the back post and United were behind as the ball bounced over the line via the body of the sprawling Simon Eastwood.
Time to draw breath and regroup. Not for the first time this season United shrugged it off and kept doing the things they believe in.
They needed to find a balance between chasing the game and staying patient and Sam Long got forward well from right-back but couldn’t find a finish as their passing game started to click in to gear.
Building from the back and happy to move the ball from side to side, United enjoyed 72 per cent of the possession in the first half hour and were almost in on goal after 35 when the excellent Stewart got in a great block to stop the ball rolling to the unmarked Taylor from a Sykes pass across the six-yard box. Browne fired a near identical late effort over but United’were asking all the questions and raised the stakes even more when Alex Gorrin was replaced by Liam Kelly to try and find new angles.
It worked, but it was Sykes who found the decisive angle and nobody will ever persuade me he was crossing. 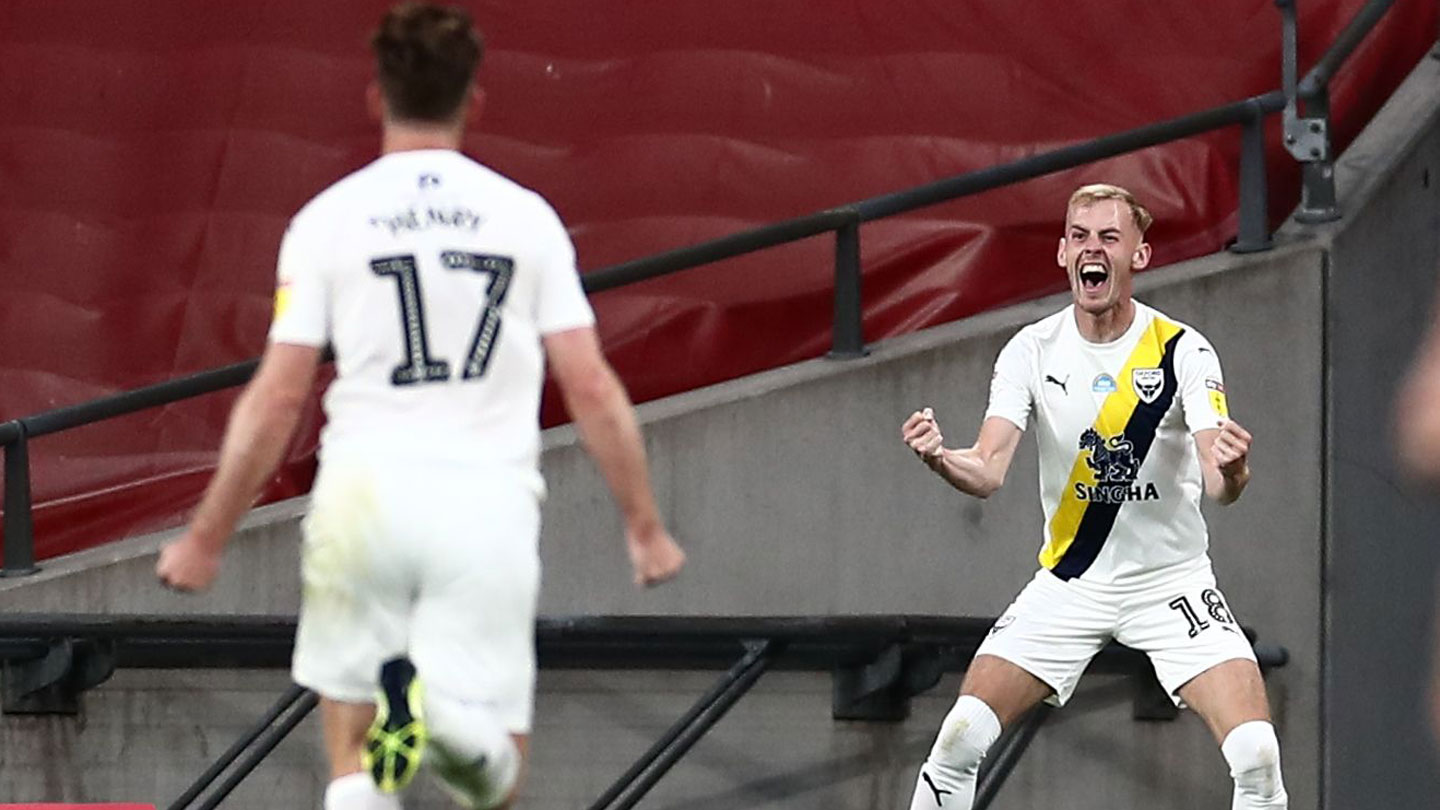 James Henry set it up with a wonderful rolled pass down the right and Sykes whipped the ball sharply up and over the stranded Ryan Allsop for 1-1. Nobody would deny that United deserved it, surely, and Sykes has been a revelation in the second half of the season.
Now United were all over Wycombe. Taylor was a toe-end from the lead, denied only by an undetected Stewart touch at the back post, Dickie had two thumping headers pushed away and the U's were looking dominant against a rocking Chairboys outfit.
And then disaster struck.
A long ball over the top which Elliott Moore ducked, hoping it would run through to Eastwood. Onyedinma had other ideas and, in typical fashion, had chased a lost cause. Eastwood came to meet him, his challenge was clumsy and Wycombe were in the lead from the spot as Jacobson rolled the spot kick to Eastwood's right.
It meant late drama; Taylor was unable to head home on 86 and all caution was thrown to the wind as the season boiled down to just one goal, one moment. Taylor was denied again, Dickie headed into the keeper's gloves but for once there was to be no late drama.
It wasn't to be but have no regrets. Good luck to Wycombe in the Championship but for the U's it has also been an incredible season full of thrilling football and amazing performances.
The club has its own training ground, it has invested in youth and women's football and there is so much to look forward to.
It will be the shortest summer ever known but Oxford United will be back. And they will be ready.
Report by Chris Williams, pictures by Steve Daniels, stats by OPTA