TEAM NEWS
Sam Long steps up at right back after the departure of Chris Cadden while Jordan Archer stands by for the last game of his time with the U's. Simon Eastwood is back in training and should be available next week when the U's welcome second placed Rotherham United in Sky Bet League 1.

Cameron Brannagan should also be available for that game while Jamie Hanson is not far behind in his recovery from a hamstring injury.

THE OPPOSITION
Hartlepool are currently in 16th place in the National league and will be without Luke James and Luke Williams through injury while loanees Mark Shelton and Gary Liddle are cup-tied.

“Saturday will be a game all the lads want to play in and there’s going to be some who are disappointed but that’s what you get with a competitive squad" Manager Dave Challinor said
“But there’s not many who can say they’ve been really unlucky not to have played. They’ve got to put themselves in our thoughts and everyone will be involved with the seven subs so if the opportunity comes from the bench then all of a sudden you have the chance to be a hero.
“The lads who start have got to go and fly the flag for us as a club and hopefully they’ll do a good job.” 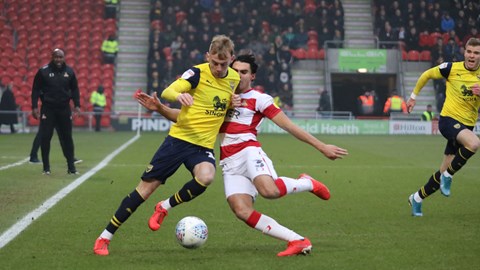 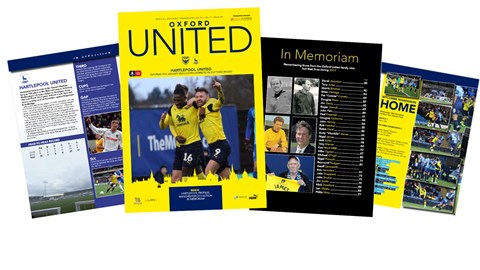 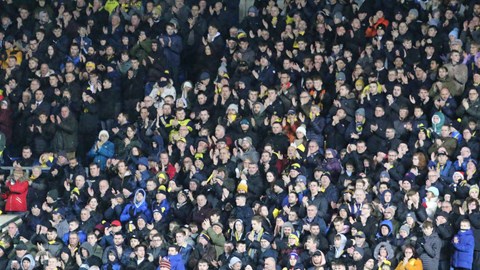 TICKETS
Prices have been reduced for this game to:

*Accompanied by an Adult
MGroup 1893 Club
£22- Adult
£17- Under 18 and Over 65
£10 – Under 13
Tickets are on sale online from oufctickets.co.uk and from the Ticket Office to personal and telephone callers 01865 337533 as well as on the day.
Areas available are the South Upper (other than the end blocks), South East lower (other than the end block), East (not end blocks), the MGroup 1893 Club and Executive boxes. The North Stand is closed to home fans for this game and Season Ticket holders’ seats are not reserved.
Executive Boxes: £250 + VAT Email commercial@oufc.co.uk or call 01865 337503 or 337513 for details regarding boxes

MINUTE'S SILENCE
All of this weekend's FA Cup games will kick off one minute late to allow fans a minute to reflect on Mental well-being. That minute will also allow us to pay our respects to the Oxford United fans and former players and manager who sadly passed away in 2019, including John Shuker. Supporters are also asked to join in a minute's applause in the 77th minute for John, the club's record appearance holder, whose family will be our guests on Saturday.

FAMILY
The Family Room is NOT open for this game due to the North Stand not being open but we have a full Family Guide to games available here: OUFCFamily.pdf
PARKING
There are circa 2,000 free parking spaces at the stadium.
Away fans-  Please park in the West car park - the one closest to the cinema and bowling complex at the fence end of the ground.
BUSES
Buses to the ground are the

The 1 and 5 routes operate every four minutes from the rail station and city centre to Spindlebury Close and Knights Road, which is just a five minute walk away.

The OX2, OX3 and OX7 buses are not in operation as they only run for league matches.

AWAY GUIDE
If you are a Hartlepool fan travelling to the game then a full Supporters Guide is available here: OUFCAwayDayInfo.pdf
CLUB SHOP
The Club Shop is open and has plenty of ways to help you show your colours in the new year
COVERAGE
You can follow the whole game on twitter through @OUFCOfficial, or here in our Match Centre, and hear the game in iFollow if you are in the UK or see it if you are abroad.