Oxford United's Carabao Cup game against Sunderland tonight is heading for a sell out crowd.

When the Ticket Office opened this morning there were under 300 seats left for home fans, mostly in the South Stand Lower and Family areas. With over 1,000 tickets sold yesterday we strongly recommend fans to buy ASAP rather than run the risk of not getting in on the night.

TEAM NEWS
United will make changes after the win over Rochdale on Saturday which extended their unbeaten run to ten games.

Chris Cadden is expected to be fit after limping off on Saturday but Cameron Brannagan misses out with Karl Robinson telling us this morning:

"Cam is still very sore but because he played on with the injury we need to allow him time for things to settle down before we can get any conclusive results from scans and assessment. He won't be available tonight but we'll leave it for a few days now before we really know how long he will be out for."

Shandon Baptiste is likely to step in to midfield while Sam Long stands by to replace Cadden at right back if required.

THE OPPOSITION
Sunderland boss Phil Parkinson is looking for his side to be more ruthless after defeat at Shrewsbury on Saturday.

“I’ve spoken a lot about being effective with our play,” he said." At Shrewsbury we just couldn’t get it into the net, it’s as simple as that.

“I can’t fault the lads in terms of the effort and desire they showed,” he continued.

“We have got to move on, concentrate on the things we have done well in the last two games and take them into Tuesday night at Oxford.” 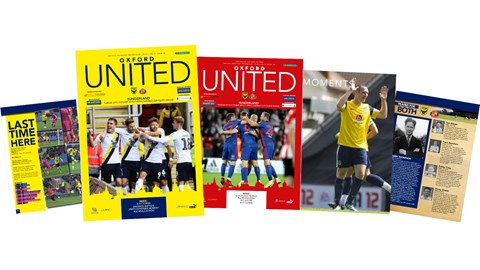 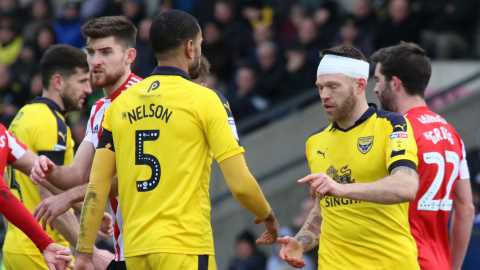 FAMILY
The Family Room is open for this game with player visits and we have a full Family Guide to games available here: OUFCFamily.pdf
SENSORY ROOM
We are proud to have a bespoke Sensory Room for fans under 23 who maybe need to take a little time out on a matchday with our fully trained helpers. Just ask a steward if you would like to use it or email Supporter Liaison Officer Kath Faulkner for more details: kfaulkner@oufc.co.uk
PARKING
There are circa 2,000 free parking spaces at the stadium but with a big crowd expected we ask everyone to arrive early and park legally
Away fans-  Please park in the West car park - the one closest to the cinema and bowling complex at the fence end of the ground.
AWAY GUIDE
If you are a Sunderland fan travelling to the game then a full Supporters Guide is available here: OUFCAwayDayInfo.pdf
CLUB SHOP
The Club Shop is open and the new home and away kits are available as well as hats and scarves as the winter weather approaches...
COVERAGE
You can follow the whole game on twitter through @OUFCOfficial, or here in our Match Centre, and hear the game in iFollow if you are in the UK or see it if you are abroad.