Oxford United look to use the momentum of a Carabao Cup win over Millwall in midweek to help them get back to winning ways int he league this Saturday.

Team News
Matty Taylor is out for a few weeks after picking up a groin injury against his former club Bristol Rovers last Saturday. Scans have revealed that the damage is not as severe as first feared but the striker will definitely miss next week's games at home to Norwich City Under 21s and the trip to Fleetwood Town.

Alex Gorrin (hamstring) and Cameron Brannagan (groin) are doubts  but Shandon Baptiste made his return after a long lay-off in midweek and Mark Sykes made a scoring return in midfield against Millwall.

The Opposition
Coventry have started the season strongly despite a summer of upheaval that saw eleven players leave and ten new faces arrive. Former United player Junior Brown is the latest to depart, joining Scunthorpe United on loan this week, while midfielder Callum O’Hare joined the club from Aston Villa last week on a season-long loan.

“When Callum O’Hare came in we saw that as the last piece of business but you never know, something might happen." Boss Mark Robins said this week.“We have got to get through the weekend in terms of injuries and see where we are after that but there are no plans to bring anyone in at this stage.”

TICKETS
There is still time to book your place online at oufctickets.co.uk and print your tickets at home to save time on the day; our ticket staff are available to talk you through the best seats available on 01865 337533.
Please note that this season you can download your ticket to your mobile for use on the day - no need to even print it. 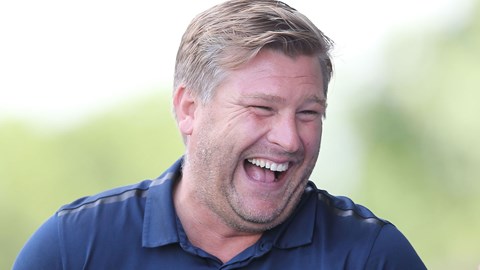 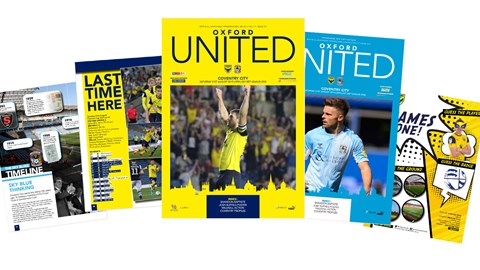 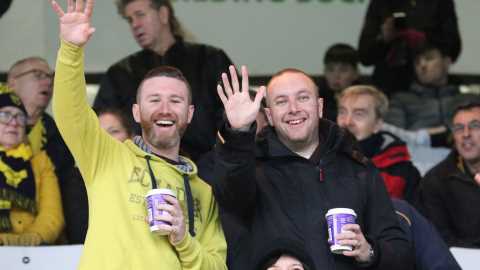 FAMILY
As usual there will be Supporter Liaison Officers and Stewards all around the ground to help you with any questions.

The Family Room is open for this game and offers activities, games and visits from the players pre-match. Oxford United pride ourselves on providing a great atmosphere for families to enjoy. We have a full Family Guide to games available here: OUFCFamily.pdf
SENSORY ROOM
We are proud to have a bespoke Sensory Room for fans under 23 who maybe need to take a little time out on a matchday with our fully trained helpers. Just ask a steward if you would like to use it or email Supporter Liaison Officer Kath Faulkner  for more details: kfaulkner@oufc.co.uk
GETTING TO THE GAME
A full guide to public transport is available HERE

There will be no vehicle movement in the south car parks (VIP and A) from the 90th minute for 15 minutes.
Away fans-  Please park in the West car park - the one closest to the cinema and bowling complex at the fence end of the ground.
NORTH STAND MOVEMENT
The Rapid Expansion System (RES Gate) WILL be in operation behind the North Stand  which means fans cannot move from one end of the ground to the other behind that stand.
Any supporter with mobility impairment who requires assistance during the fixture is advised to locate an OUFC Supervisor (indicated by either a yellow / orange or orange coat)
Cars in Car Park A will be unable to move for 15 minutes after the 85th minute of the match.
AWAY GUIDE
If you are a Coventry fan travelling to the game then a full Supporters Guide is available here: OUFCAwayDayInfo.pdf
Look out for a special match programme that we produce just for away fans featuring a full guide to the ground. Please note that no alcohol will be sold in the away concourses after kick off.
CLUB SHOP
The Club Shop is open and the new home and away kits are available.
COVERAGE
You can follow the whole game on twitter through @OUFCOfficial, or here in our Match Centre, and hear the game in iFollow if you are in the UK or see it if you are abroad.