Oxford United Women face Billericay Town at Court Place Farm this Sunday at 2pm, following a 3-0 defeat in the FA Cup against a well-regimented Ashford United side last weekend, knocking them out of the competition.

Underdogs Ashford came away with the win from a game played in tough conditions.

“They wanted it more than us on the day" Manager Liam Gilbert commented. ”They are a good side and we knew that going into the game. I think they adapted to the conditions better than we did and after their second goal they only seemed to grow in confidence, which made it a very difficult afternoon for us.”

Oxford have only played Billericay once before, which was in the FA Women’s Cup, coming away with a 3-1 victory in April of this year.

“We will prepare like any other game”, Gilbert said, “We need to keep our heads level, learn from our mistakes and produce our best performances in each game in order to fight for the trophies we are still in contention for.”

“The League Cup is a very prestigious competition and we will need the players to show real character, coming off of the loss in the FA Cup, to produce a result against Billericay who are having a great season in their league”.

Billericay are unbeaten this season in all competitions (16 games, winning their last 13) and currently top of their league with a record of 10-1-0. With an average win margin of 3 goals, Billericay are sure to pose a goal-scoring threat for the U’s and that should produce an end to end game, with plenty of goals.

The visitors main threat could well be Zoe Rushden, with 13 goals in 16 appearances, although Billericay are a team with many goal-scorers and have also won all of their away games this season.

Kickoff is at 2pm on Sunday. Come along and enjoy some live cup football. 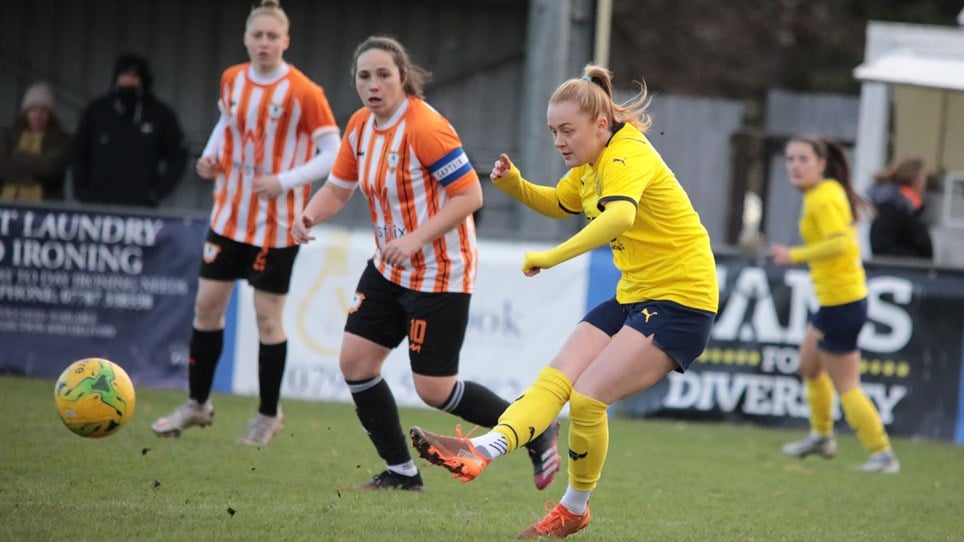 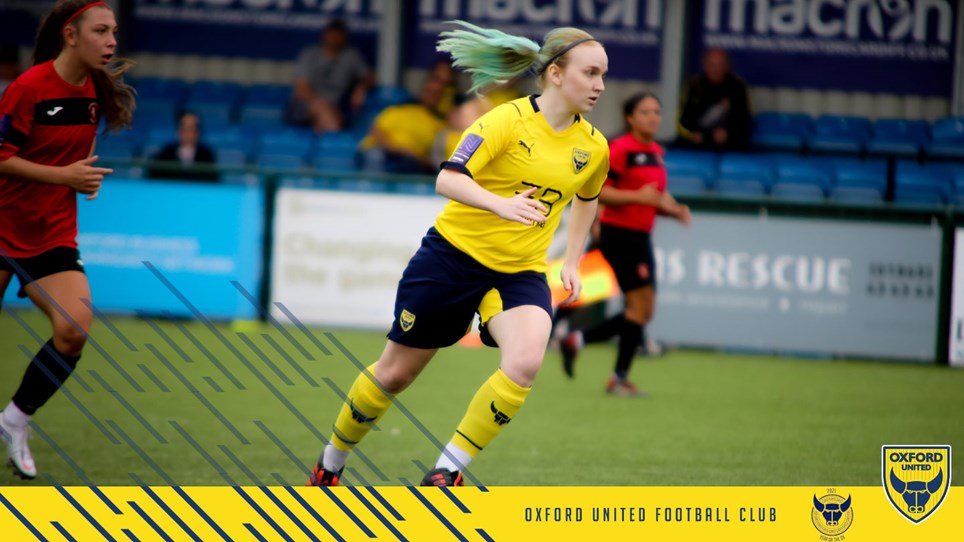 
Oxford United Women start the new year away at London Bees this Sunday at 1pm after an outstanding performance against the league leaders Ipswich Town  just before Christmas that moved them up to... 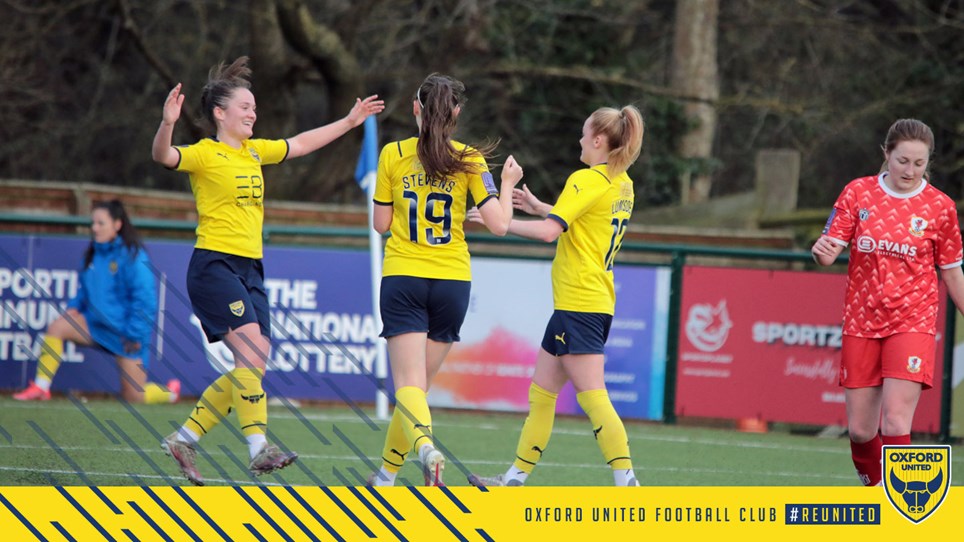 
Beth Lumsden struck twice for Oxford United Women as they beat Cardiff City Ladies 2-0 at the Velocity Stadium to continue their 100 per cent home record. 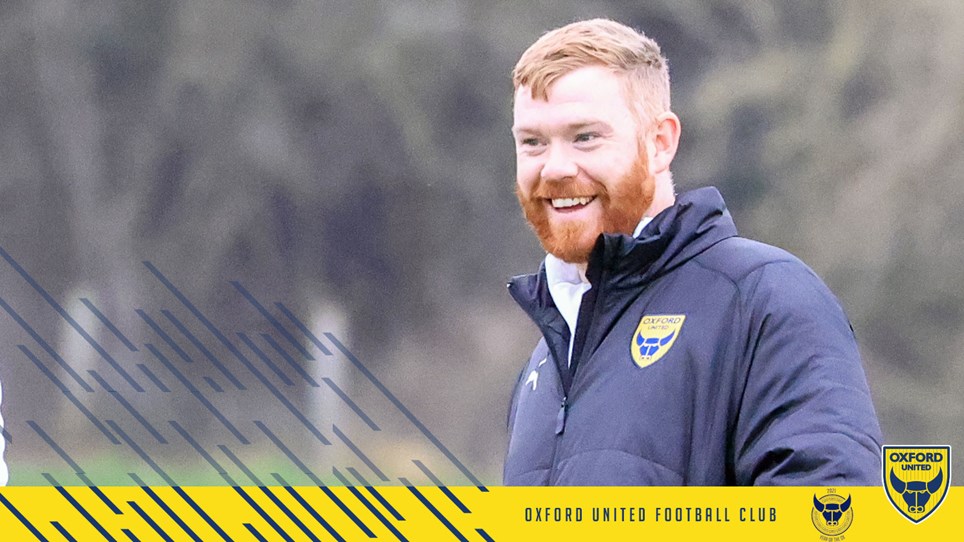 
Oxford United Women Manager Liam Gilbert has been awarded the National League Manager of the Month award for December. 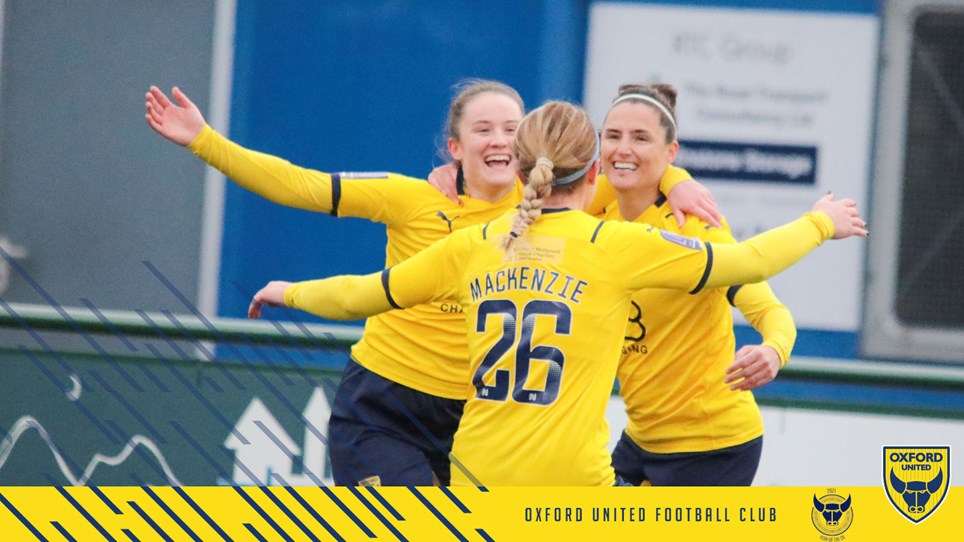 
Oxford United Women  face Keynsham Town Ladies in the National League at the AJN Stadium this Sunday at 2pm after an impressive 2-0 win against a previously unbeaten Billericay Town in the cup last...