Star of the show was Emily Allen with a hat-trickbut it could have been a different story as Rangers looked the equal of Oxford for much of the first half and had a number of opportunities to take the lead before Ellie Noble’s 15th-minute opener.

Oxford almost opened the scoring in just the third minute during a goalmouth scramble following a corner, with QPR keeper Gillian Kasirye making one save with her feet before Oxford hit the bar.

Rangers tried to take advantage of the reprieve as they put United on the back foot and Stephanie Anes and Jo Wilson both had shots go narrowly wide. Wilson then found the ball at her feet after an error in the home defence but she shot over with just keeper Lucy Thomas to beat. With Courtney Ward-Chambers shooting into the side netting from close range Rangers could be forgiven for feeling hard done by when Noble scored from Evie Gane’s right-wing cross as she got to the ball just ahead of Kasirye.

QPR found an equaliser in the 24th minute, after the U’s conceded a free-kick 25 yards from goal. Anes’ shot found a gap in the United wall and arrowed into the top corner, giving Thomas no chance.

The goal stung United into a response and with five minutes of the first half remaining they regained the lead. Gane was again the provider with a low cross from the right and Allen arrived at the far post to prod home and cap a fine move.

United started the second half showing their intent as Noble and Allen both hit the woodwork within two minutes of each other. The pressure was mounting on Rangers’ goal but it wasn’t until the 67th minute that United made the breakthrough; skipper Lauren Haynes played a perfect through pass for Allen to run onto and slip the ball past Kasirye.

It was 4-1 moments later as Kasirye saved Noble’s shot but Gane was on hand to fire home the rebound. Two minutes later United won their first penalty of the afternoon when Allen was tripped in the area and she stepped up to convert the spot kick and complete her hat-trick.

In the 81st minute substitute Flo Fyfe ran through the exposed QPR defence and her neat lob went over Kasirye to make it 6-1, and then Allen was fouled again in the area but this time was off target with her penalty kick.

However, in the 89th minute Fyfe’s shot was saved by Kasirye and Maddie Robertson was first to the loose ball to fire home past the hapless Rangers defence and make nit 7-1 and an afternoon to remember for Liam Gilbert’s fast-improving side.. 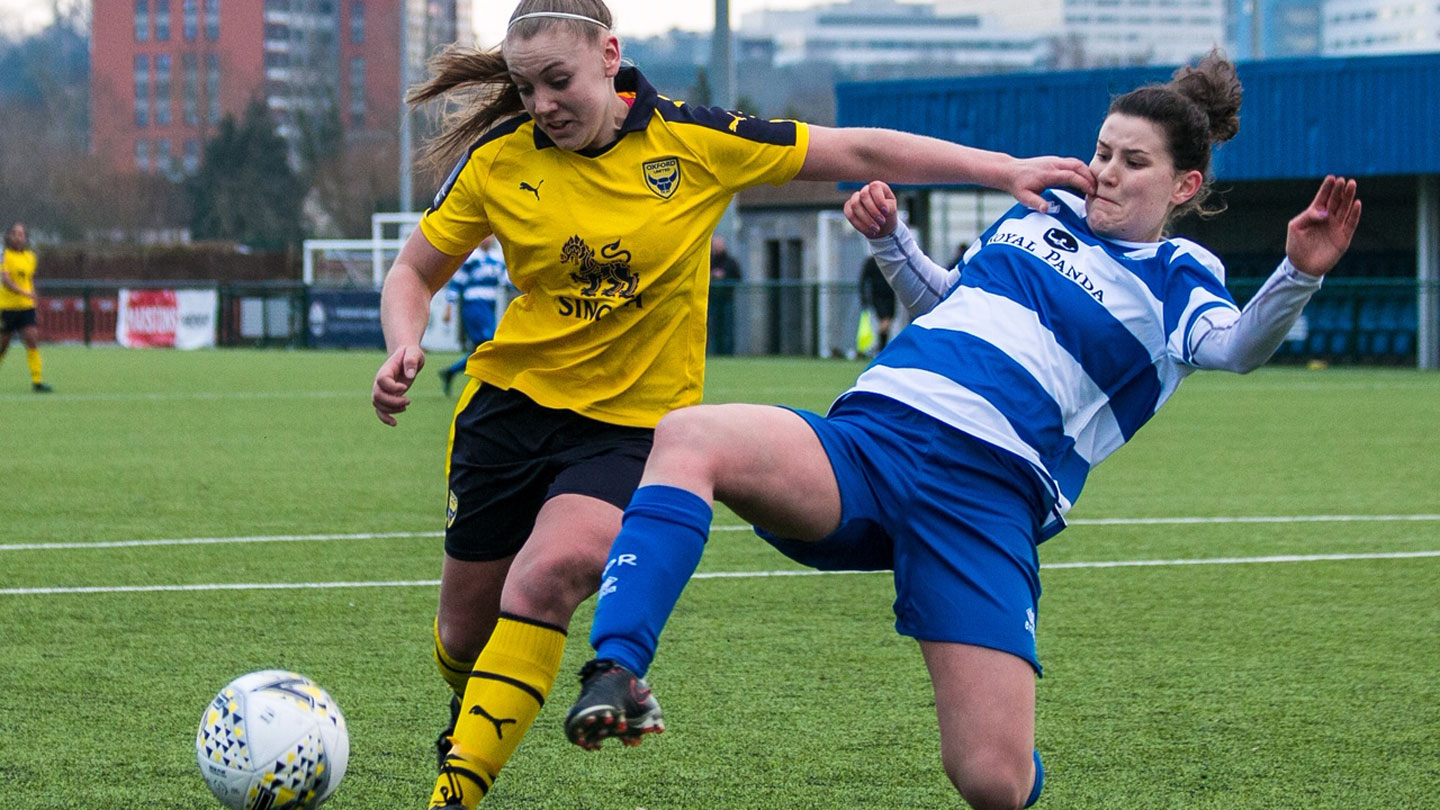