A superb first half paved the way for a excellent 4-1 win for Oxford United over Burton Albion this afternoon at the Kassam Stadium.

Two goals from Sam Baldock and wonderful strikes from Gavin Whyte and Matty Taylor before the break, eased United to a comfortable win despite a consolation goal from Adlene Guedioura for Jimmy Floyd Hasselbaink's side.

The first half was one way traffic and United didn’t have long to wait for the opener. They had already seen a Sam Long effort kicked off the line before Baldock nodded them in front with his first of the afternoon. He made the finish look simple, as good finishers tend to do, but it was actually a clever header across the keeper from a Herbie Kane cross that picked him out perfectly to make it 1-0.

Burton saw a Jonny Smith effort fly well clear of the bar but were mostly preoccupied with trying to stop an adventurous United line up, with Mark Sykes and Ryan Williams as wing backs, from filling the spaces that Baldock and Matty Taylor were creating with their movement up top.

Baldock thought he had a second but it was ruled out for Taylor interfering with play, but United were in complete control and Luke McNally was causing complete chaos by carrying the ball from deep and cruising past anyone foolish enough to get in his path. A second goal was always coming and when it did it was a fine move and a great strike.

Whyte started it by closing a player down just inside the Burton half - never overlook the work rate these players put in. Baldock and Taylor moved it forward, Brannagan and Williams were initially blocked down the left but the ball fell nicely into the path of Whyte and he drove the ball home from 25 yards for (unbelievably) his first of the season. 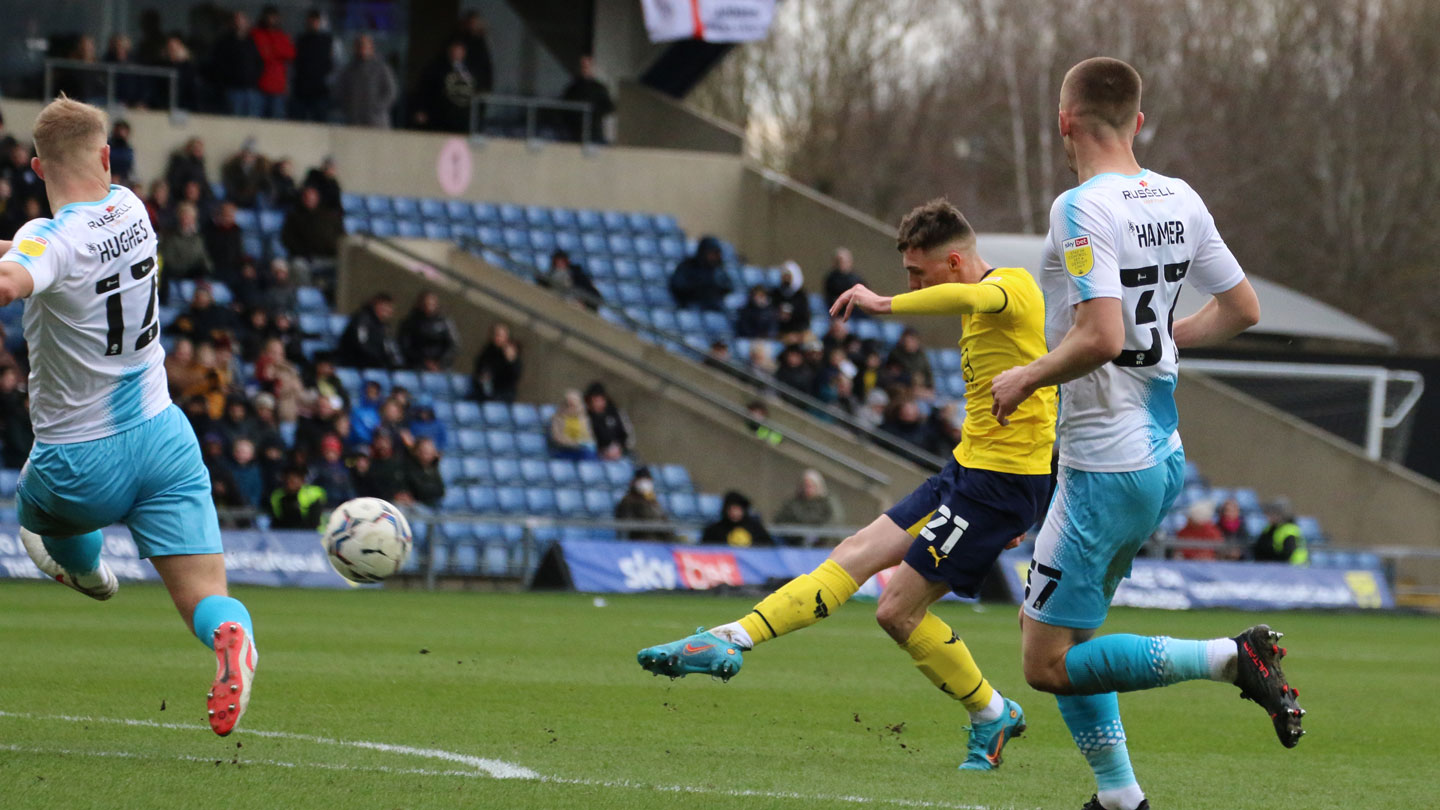 The third wasn’t long after and United had taken all the fizz out of the Brewers long before the first half had ended. The unstoppable McNally again drove menacingly forward, the Brewers drooped ahead of him and he rolled the ball to Sykes on the right. His low cross picked out Baldock and United were 3-0 up and extending their lead as top scorers in the division into the bargain.

Four in five games for Baldock, but he won’t catch Taylor as top scorer after he blasted home a magnificent back-post volley right on the break to make it 4-0 from a superb cross from Whyte on the left. 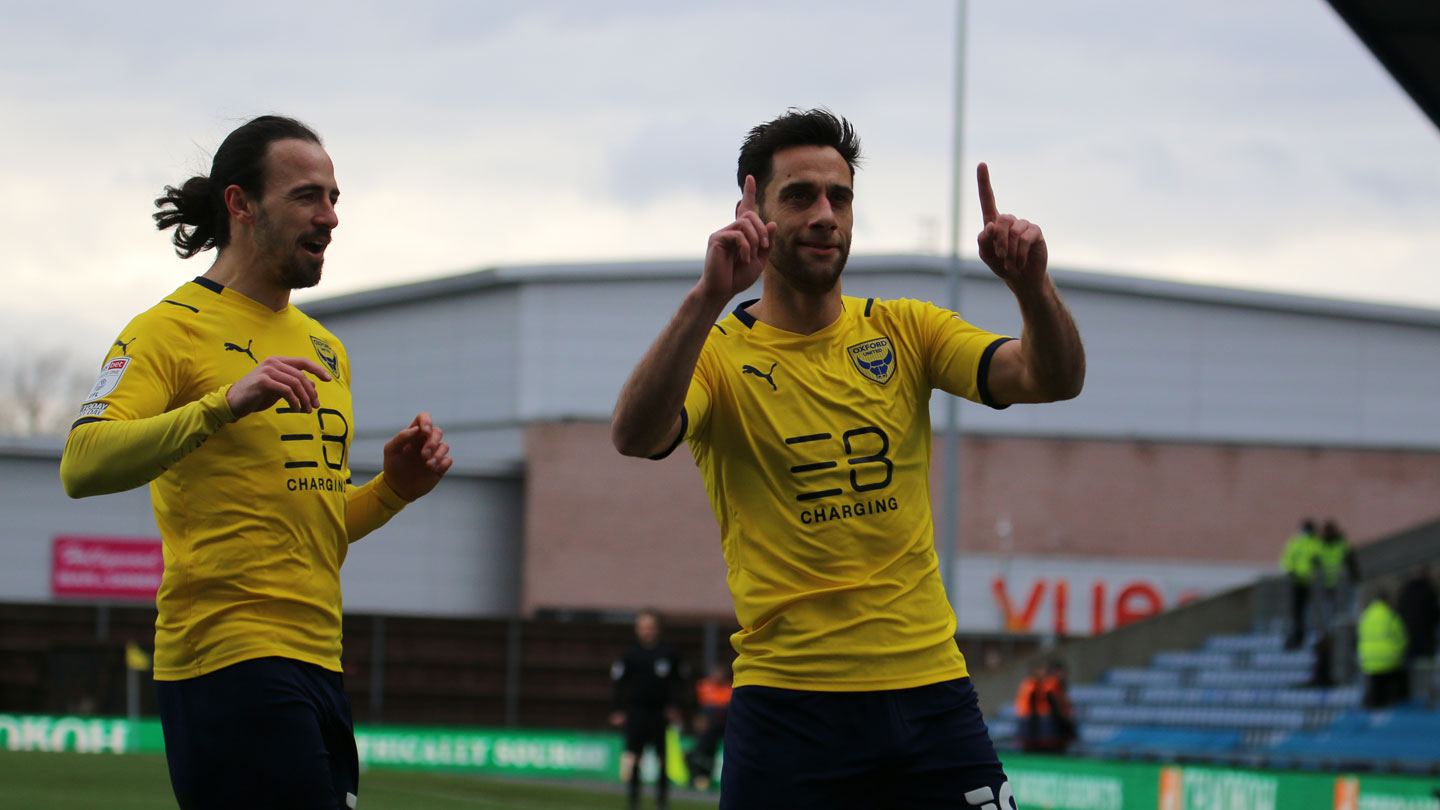 No way back for Burton but then Adlene Guedioura gave them just the faintest glimmer of hope - think someone waving the torch on their iphone at the far end of the Channel Tunnel -  by firing a magnificent goal home from 25 yards to make it 4-1 and turn the entertainometer up a notch further! 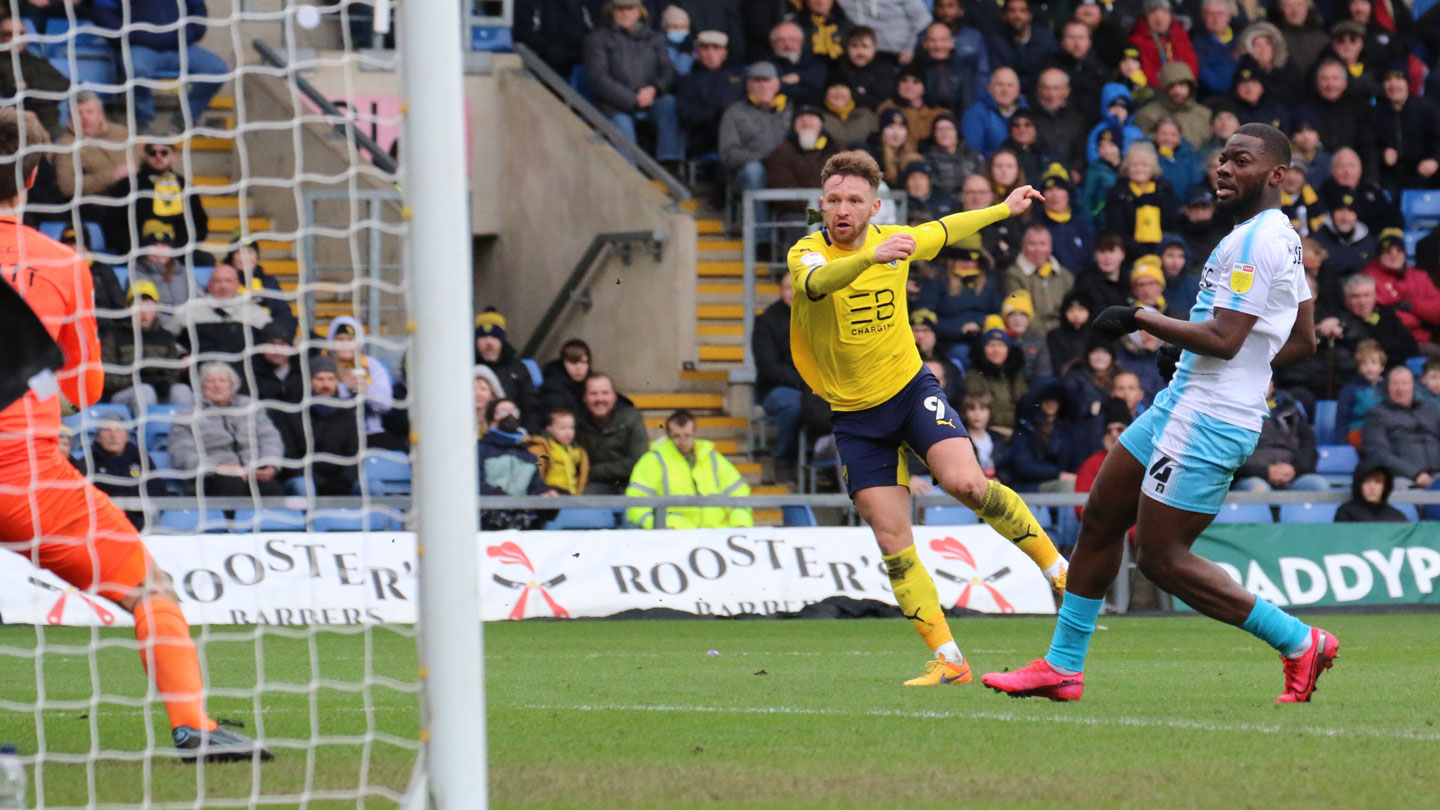 Burton made two changes at the break before Baldock (121 career goals) hobbled off on the advice of brother James the club doctor, to be replaced by Sam Winnall, on the hunt for his 100th. He came close twice, once his own fault, once the keeper's good work, but the hard work had been done in the first 45 minutes.

A fine win, four goals and United are in a strong position with just nine games to go.

See you at Shrewsbury next Saturday.