There was a return to action for Jack Stevens on Saturday as the U’s beat Sheffield Wednesday at the Kassam Stadium.

The highly-promising young goalkeeper regained his place after making a full recovery from glandular fever, and has been speaking to iFollow about his return and the road to recovery.

“It felt good to be back out there” he said. “I have definitely missed it and to be back out there in front of a full house was a great feeling. There are certain things you can’t replicate in training so maybe it will take me a couple of games to really be in the full swing of things but if someone told me we’d end Saturday with three points then I’d have taken that and I was buzzing at the final whistle.

“I had a couple of games to get back to fitness. I played 45 minutes in the first one and I definitely wasn't ready for 90. Amy and the medical staff have been really good with me and I can’t thank them enough. In that first game, with the fever, I felt shattered at half time. Not just physically but there is a lot of concentration and the mental side of it. That’s one of the things about the fever: I was getting really tired really quickly just in normal day-to-day things.

“I started feeling tired after the Shrewsbury game at home and knew something wasn’t quite right but like I say, the medical team are brilliant here and we got blood tests in straight away and were able to diagnose what it was really quickly.

“The next couple of weeks were tough, I felt drained and it was the hardest thing I’ve had to deal with so far in my career because there was no timescale: we knew the first two weeks would be the worst but in my head I was thinking ‘two weeks complete rest then back playing again’.

"With injuries you can sort of predict how long they take to recover from but it doesn’t work like that with illness and it took a while. I lost weight and I was napping all day so it took a long time to get back but I felt ready last week, payed 90 minutes in a friendly against Cheltenham, 90 minutes on Saturday, and have been fine since then so it’s hopefully all behind me now.” 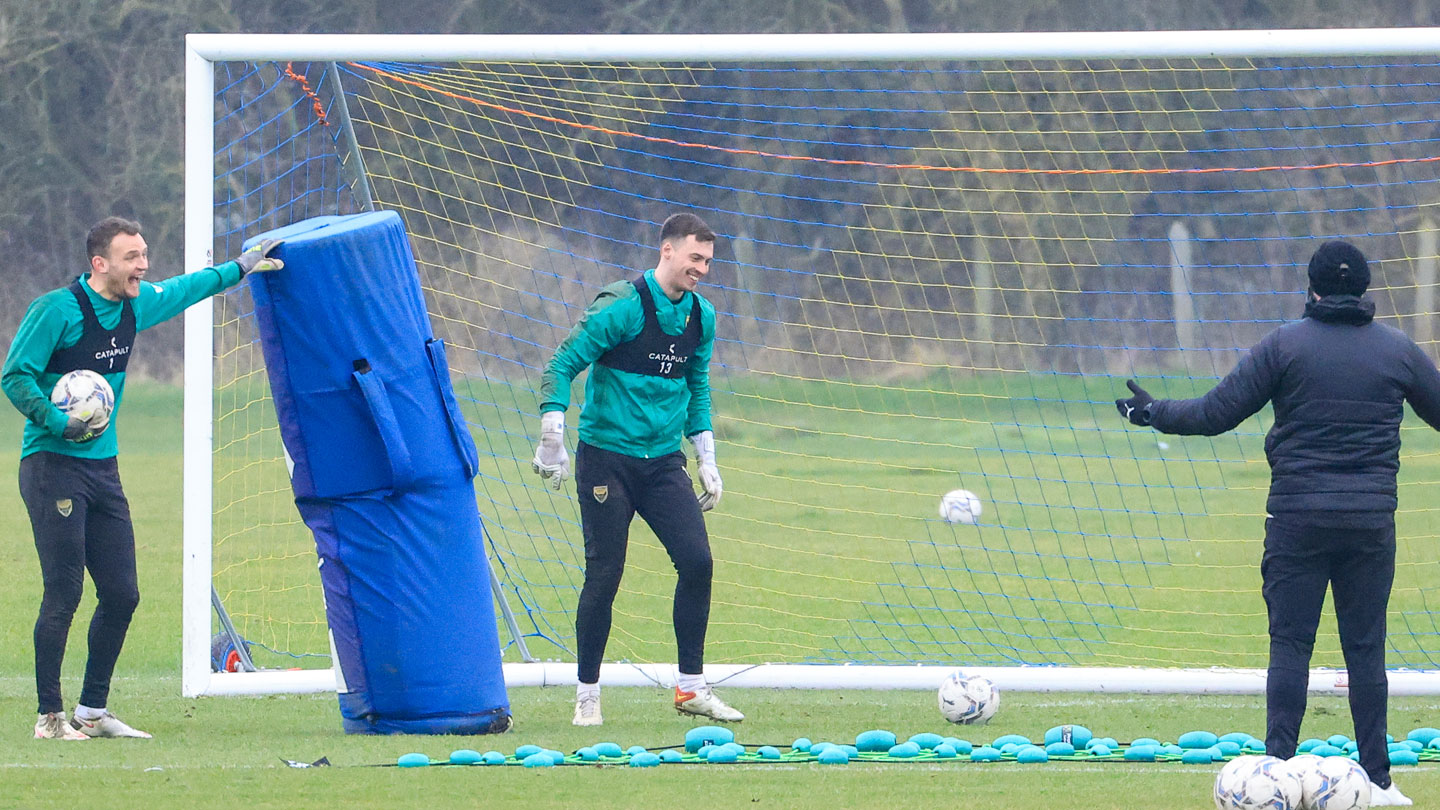 There is a strong friendship between Jack and the man he replaced in goal, Simon Eastwood, and Jack was quick to praise the way Simon has performed in recent weeks.

“Easty is brilliant” he said. “We know he is a top keeper and he has been really good. We get on really well so there is no problem there. We have a good group here under Wayne Brown: Kie Plumley and Mackenzie Chapman push us all the way and with Eddie Brearey and Fraser Barnsley with the youth team we have a good laugh but we work hard and we all try to help each other.”

“It was a fantastic win but of course we have to build on it” Jack said. “We came in buzzing after Saturday but we have to use the momentum it gives us. We have some very big games coming up so we have to go into the game at Gillingham on Saturday full of confidence and looking to take the win.”