Oxford United’s Under 18s face league leaders AFC Bournemouth in the Youth Alliance South West at the Bangkok Glass Training Centre this Saturday after winning on the road against Bristol Rovers last weekend.

“It was a positive result for a young group last weekend having played four games in 10 days, testing them mentally and physically. It was good to see some of the first years and 16s step up and show leadership qualities which are positive signs for the group going forward” Chris Hackett commented.

Bournemouth have maintained the top spot for much of the season despite the constant pressure being applied by Plymouth, Portsmouth and Exeter, with only three points separating the top four.

The U's, with Eddie Brearey the latest second year to go out on loan after joining St Ives Town, will once again allow their first year scholars to shine in a young side.

We’ll have a full report and reaction on here after the game. 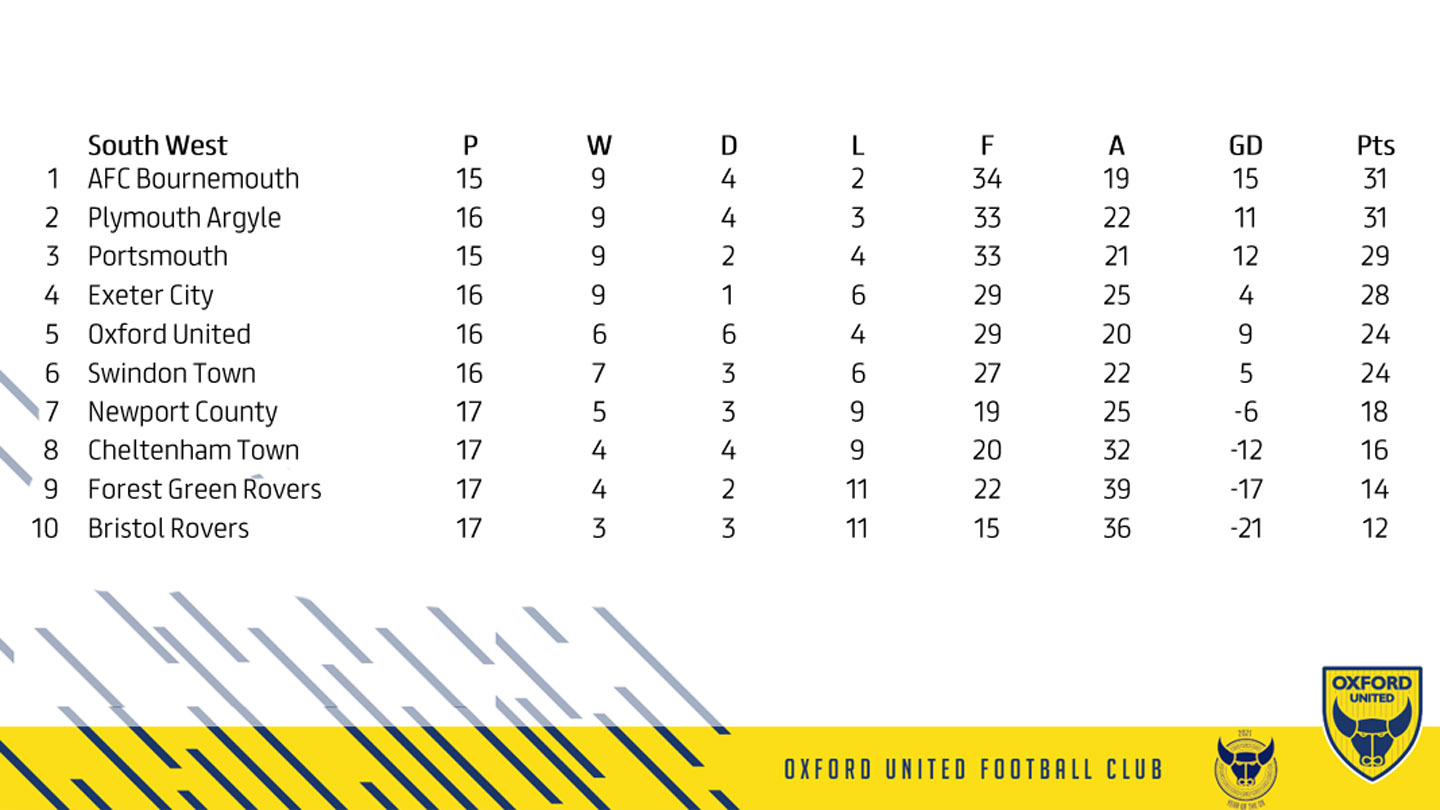