New signing Herbie Kane looks forward to a first league game this weekend after impressing in the Papa John’s Trophy game at Cambridge on Tuesday despite the scoreline.

“I’m excited to be here and to join the lads for training this week. I found out about the interest last week, spoke to the Gaffer and liked what he said. Oxford like to play good football and I have seen them play a few times and think it will suit me. I watched the game against Lincoln and they were exceptional so I knew I made the right choice. I know Cameron Brannagan and Billy Bodin already and they have helped me settle in as well.”

The former Liverpool youngster, still only 22, is now looking to play a full role as the U’s look to build on an impressive start.

“I have personal targets, I set them for myself every season and then look to tick them off” he said "but I want to help the team win promotion and play a part in that.”

A first start was the first of those targets, achieved at the Abbey Stadium where a red card before the break affected the team’s rhythm after a decent start.

“It was tough but I’m glad to get the minutes” Herbie said. “We adapted to the red card but I thought we had good spells in possession before that sending off and we need to be more clinical in front of goal. That’s what happened on Tuesday so we have to learn from that and move on. Set plays can alter games so hopefully it is a great learning curve for the younger lads who played.”

There was one nice moment though, right at the end when Herbie went over to the travelling fans and gave his debut shirt to a young fan in the away end… 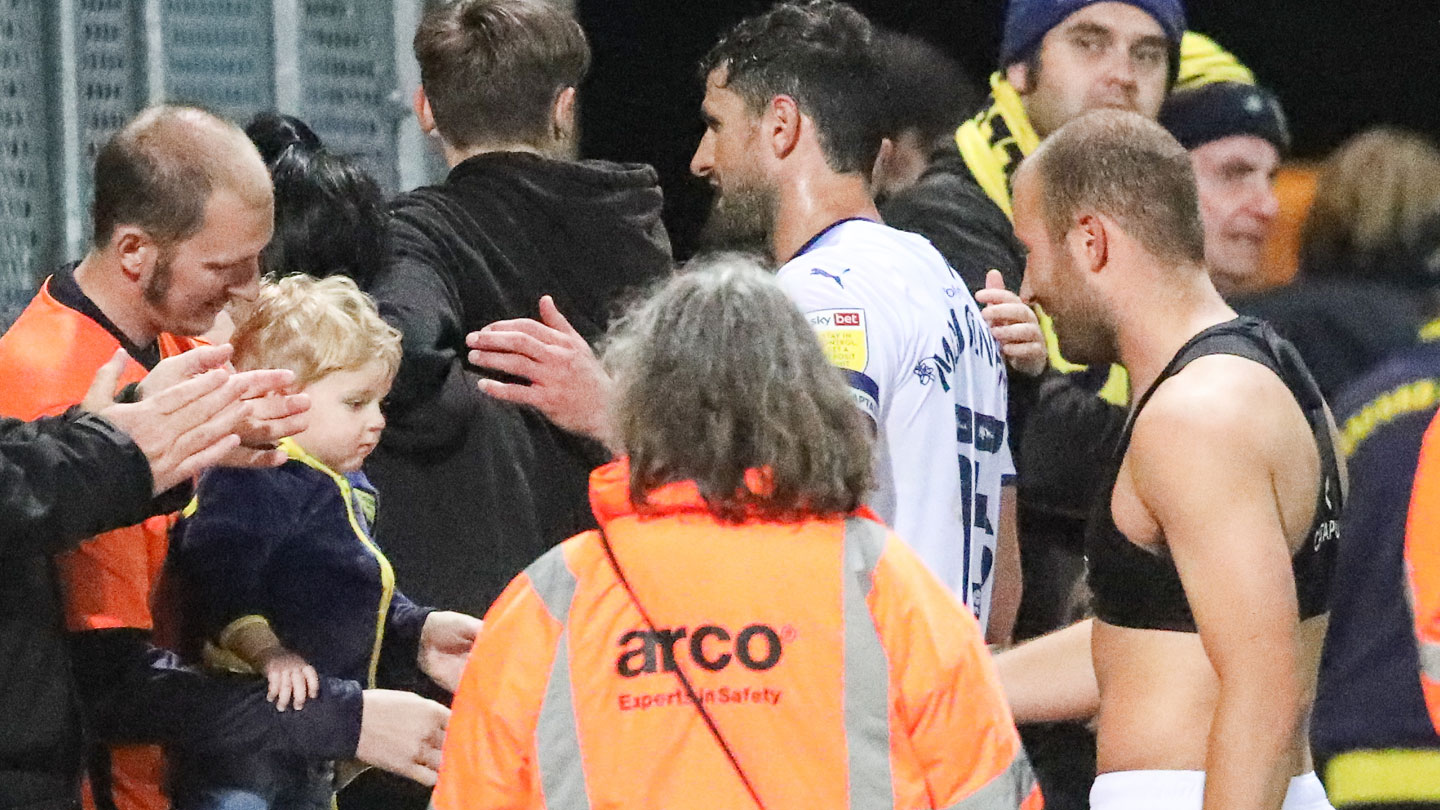 “If the kitman asks, that was the Gaffer! We went over to the fans, who were brilliant and it was just something nice, a gesture, for the lad who had travelled all that way to support the team.”