Two goals from Joel Cooper were enough to see Oxford United beat Spurs U21 last night, but not enough to make progress in the Papa John’s Trophy.

A third goal from Alex Gorrin gave the U’s a 3-2 win over the Spurs youngsters who must now hope Cambridge beat Stevenage in the final group game to give them any chance of progressing.

Winger Cooper certainly made the most of his opportunity:

“It was just good to get minutes for some of the boys who haven’t played, just for us to get out on the pitch and to try and give our best” he told iFollow after his two goals capped an impressive performance on the left wing.

“I thought all of the boys put a really good shift in, especially after we went down to ten men. I thought we saw the game out well. Unfortunately we didn’t go through but we did get another win which was important.”

A red card for Luke McNally saw the U’s end the game with ten men although there were few complaints from the U’s.

“I thought both cards were a bit harsh really, the second one he just went in hard, but it’s the referee’s job and I just thought it was unfortunate” Joel said, before modestly playing down his own two strikes: 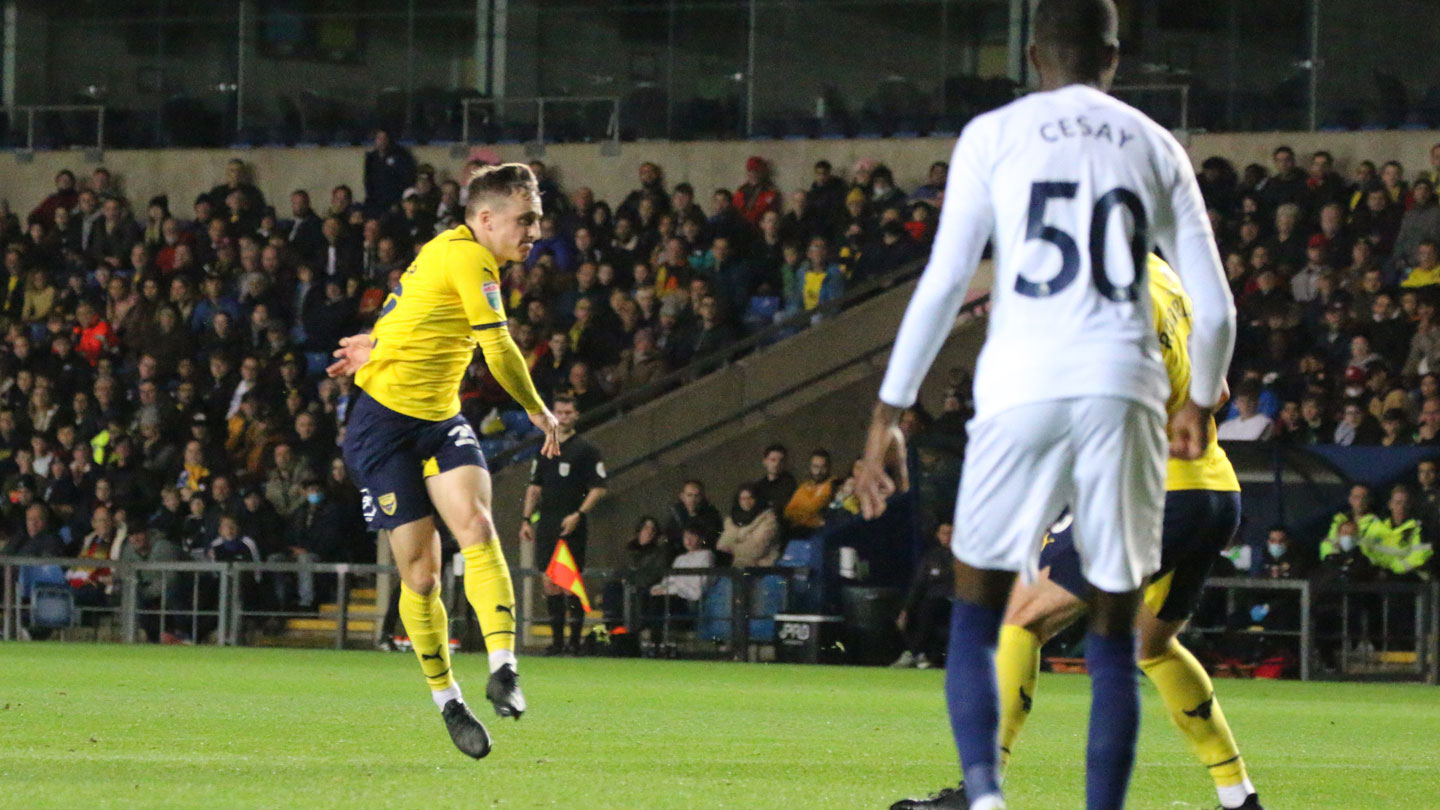 “I was just glad to get on and have the opportunity to do my best, that’s all you can ever do, try and make the most of your opportunity” he said. “The first goal just dropped to me and I couldn’t really miss and the second was just one of those where you know you have to keep it low and there is a crowd of bodies in front of you. Luckily it went straight through them so I was happy enough with that one.”

Joel has found opportunities hard to come by this season but knows that two goals, a strong performance and his usual hard work on the training pitches is all he can do to push for more chances.

“All I can do is go in and train hard like I always do. Then it’s up to the Gaffer to make his decisions, but hopefully I have done enough to put my name in his hat.” 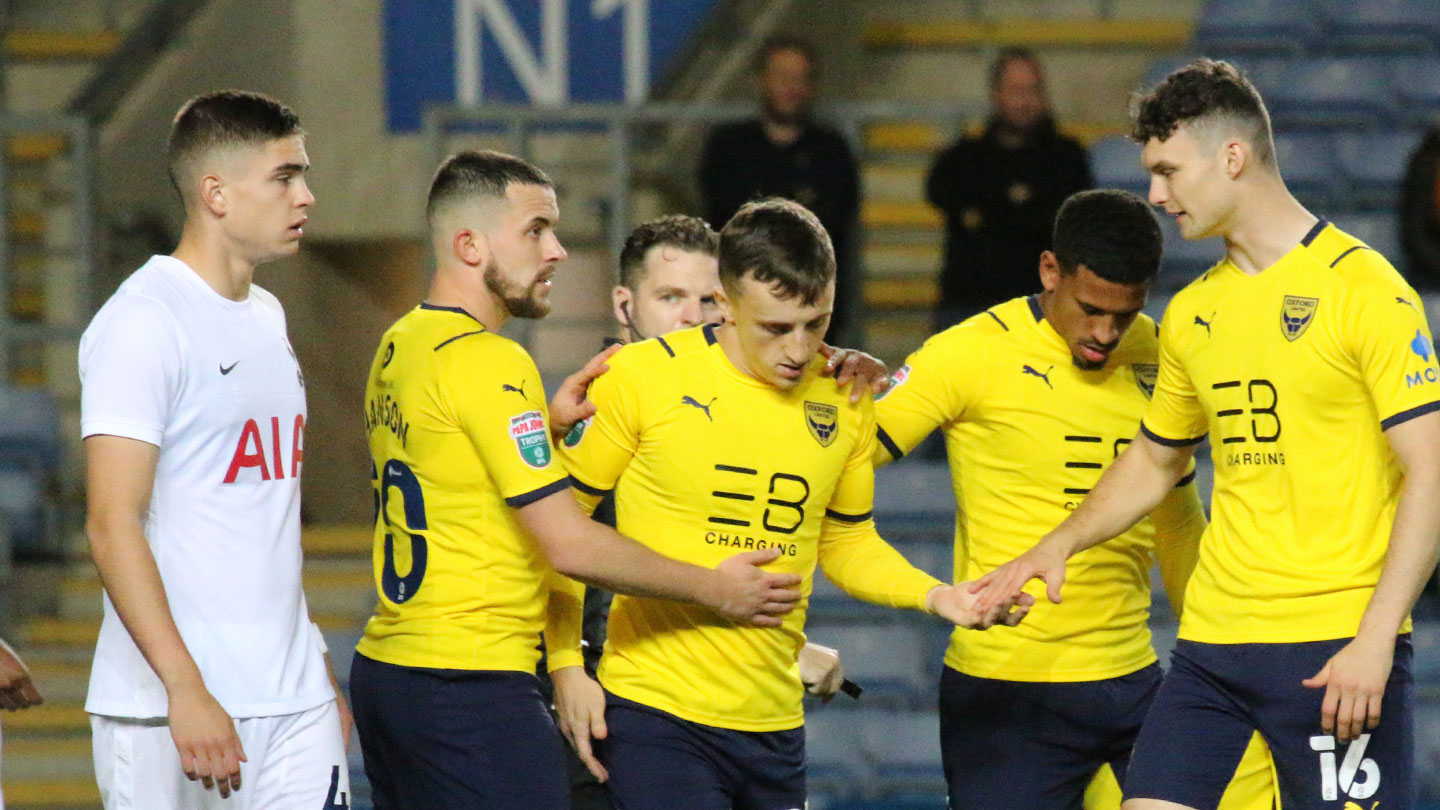