Oxford United’s coaching team is in place for the start of the season with some exciting changes behind the scenes and two notable names stepping up to the First Team from the Academy coaching staff, while two United stars of the past will take charge of the Youth Team.

Head Coach Karl Robinson and Assistant Manager Craig Short will be assisted by Leon Blackmore-Such who steps up from his role as Lead PDP Coach where he has helped the under 18s win their league in two of the last three years. With John Mousinho continuing to combine playing with coaching it gives the U’s a very strong backroom team with Leon becoming First Team Coach, at 29 one of the youngest in the League

Leon told us us

“I’m grateful for the opportunity. First and foremost I want to thank the Manager and Craig and all the staff for supporting me and giving me the chance. I started out part time 13 years ago, joined full time nine years ago and I have been fortunate to work with so many fantastic people who have helped and supported me along the way.

“We all work together, and that is so important, so it is great to show once again that there is a clear pathway for people within the football club.”

“I enjoyed working with the First Team last season and can’t wait to get started again next week when we start training again and get ready for an exciting new season.”

Also making the step up from the Academy is Andy Caton who will join the First Team’s Medical Staff, headed by Amy Cranston.

Karl said
“I’m sure it’s a very proud moment for Andy with his dad having played for the club in the top division. Again he stepped up last season and did really well and it’s important that we help develop young coaches and staff and put their Development first.”

“It was great to get the opportunity to work with the First Team last season and I’m delighted to make that permanent. I want to thank Dan Harris and the entire staff at the Academy who are doing outstanding work. With pre-season about to start it’s an exciting time for everyone at the club.”

Leon and Andy’s move means another step up with Darren Purse joining Chris Hackett in coaching the Under 19 side. Full details are HERE 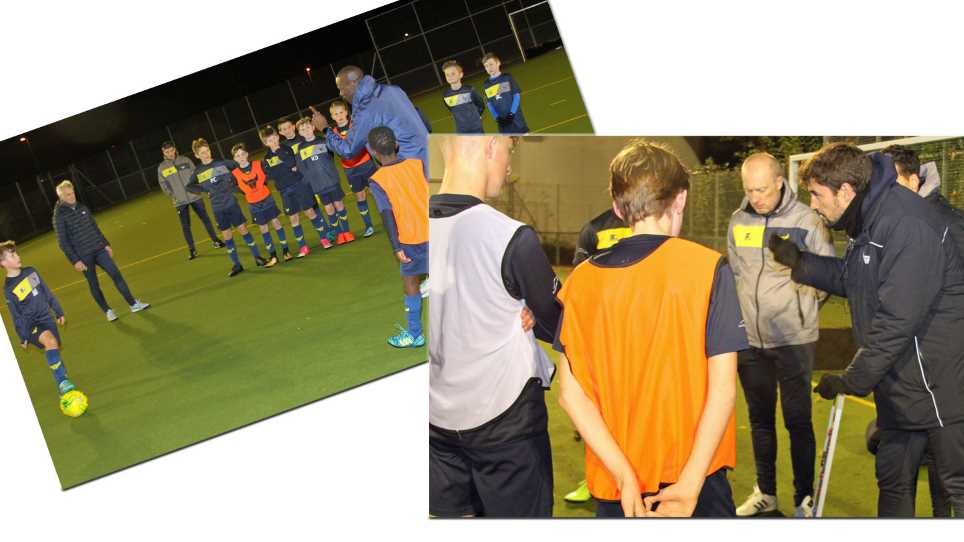 
The last few weeks have seen Oxford United’s young players getting a helping hand from the senior coaching staff at the club.