Oxford United's youngsters continue to impress as goals from Gatlin O'Donkor, Derick Osei Yaw and Tyler Goodrham eased them past Banbury in a well-contested pre-season friendly this evening.

Given that the majority of the side had played either at Thame or Biggleswade, the night before it was testament to the fitness within the whole set up that United could play with their usual intensity and work ethic, especially in an energy-sapping Oxfordshire heatwave. To come on strong in the second half was truly amazing.

The first half was fairly even as under the watchful eye of boss Karl Robinson, United settled nicely into the game. French striker Osei Yaw had a decent effort on goal, O’Donkor scooped an effort over the bar after 26 minutes and headed straight at the keeper five minutes before the break but United saw more of the ball without making the most of it.

Keeper Kie Plumley made a good save early on from one of several trialists in Andy Whing’s side but otherwise the back line of Yoav Sade, Clint Nosokhare, James Golding and Michael Elechi looked very solid, with Elechi quietly concentrating on his defensive duties and Sade operating smoothly at right-back.

However, after the break United took over. 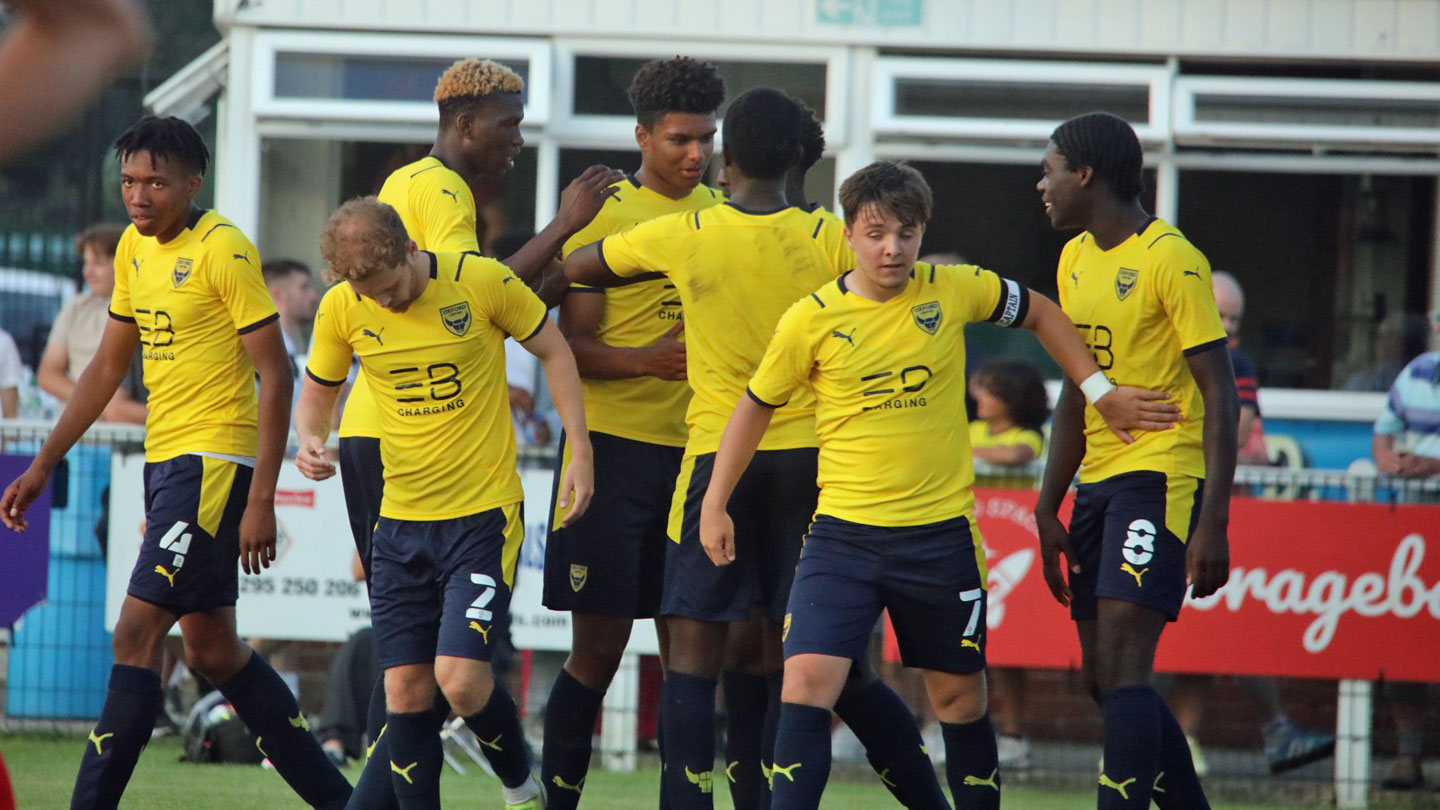 First, O’Donkor bustled his way past the keeper and, when he attempted to recover, fired home through his legs for the opener on 47 minutes. Then on 54 Osei Yaw was nudged over in the box and picked himself up to thump home his second goal in 24 hours to make it 2-0 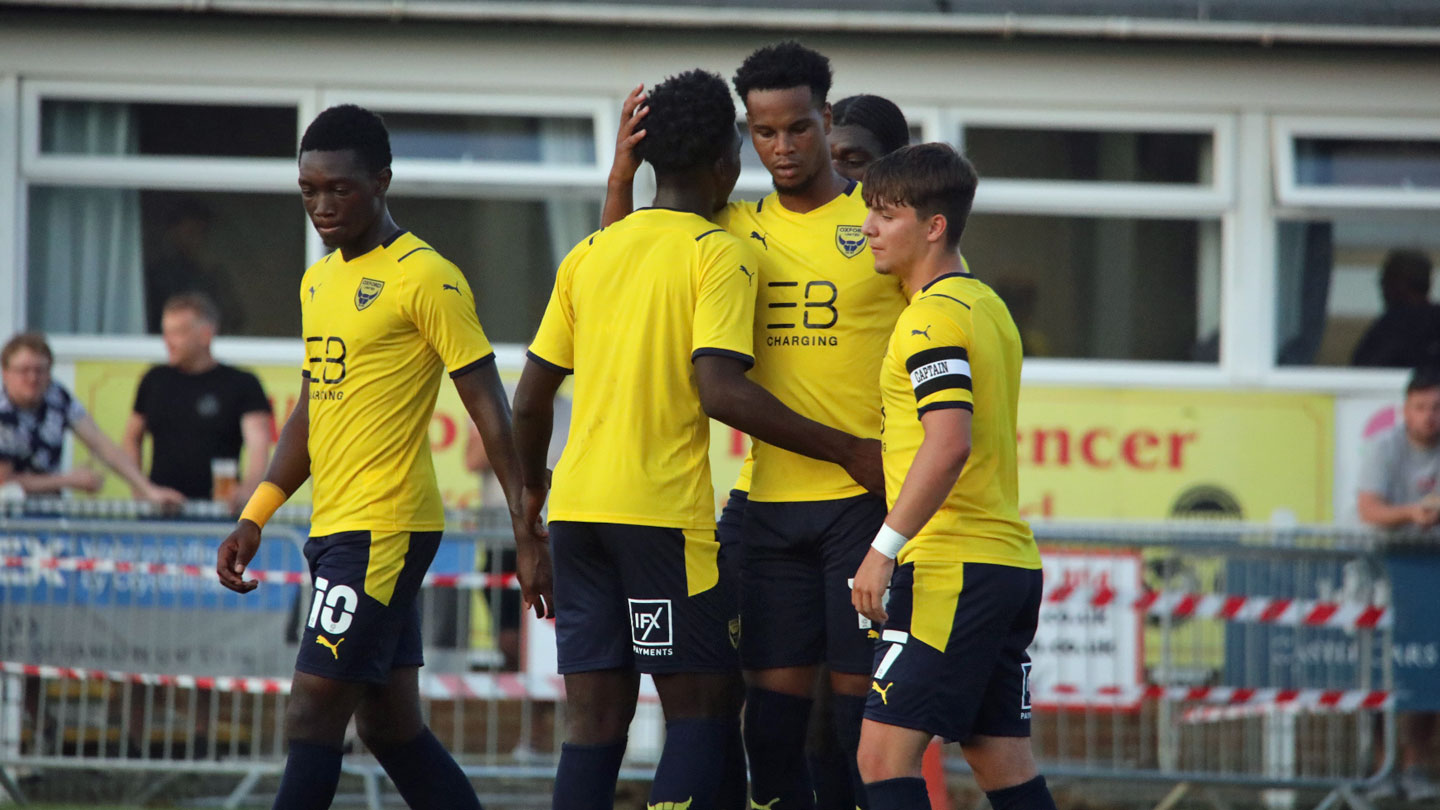 The goal of the night came from the best player on the pitch though. Bustling clear after 63 minutes Goodrham saw the keeper advancing and chipped the ball up and over him for a superbly taken goal; again his second in 24 hours and this time he DEFINITELY meant it. 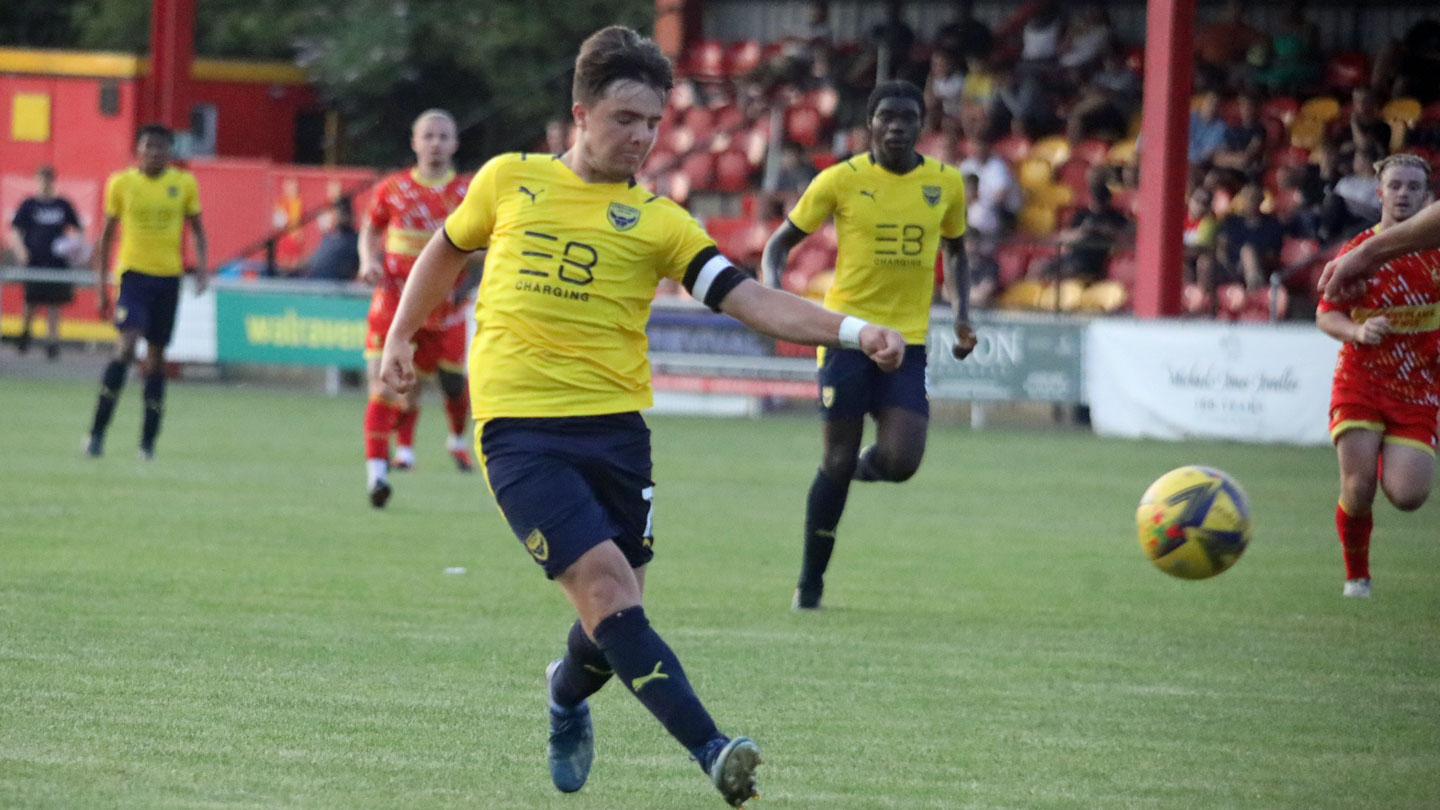 United, naturally enough, tired after that, although Slavi Spasov's return after injury was a nice bonus. Unfortunately, his timing was off when he was presented with a good chance late on. That will come.

Another good game, another win and yet more youthful promise. Our thanks to Banbury and best wishes to Andy Whing and his side for the coming season.

Nobody get carried away but sometimes in adversity, such as 12 players being unavailable, someone steps up. It's the theme of the week: plenty of positives....