Oxford United Women safely progressed in the National League Cup with a 2-0 win over Billericay Town this afternoon at Court Place Farm.

Goals from Gemma Sims and Rachel Panting were enough to send them through in an excellent cup tie in which the visitors pushed the U’s all the way,

United survived an early scare when Billericay were awarded a penalty but that was dragged wide and soon after top scorer Beth Lumsden was through from a fantastic through ball which was also dragged just wide of the left post but set the tone for an exciting end-to-end game.

In the seventh minute a drilled corner from Lauren Haynes to the far post was converted by Sims and gave United a half time lead despite chances at both ends before the break.

There was another let off at the start of the second half when a long-range effort from Billericay’s Rogan O’Shea looped over keeper Paris Sercombe and rattled the crossbar before United were able to clear.

After that the U’s started to dominate possession and in the 65th minute Lumsden chased a ball down to the byline, floating the ball across the six yard box and allowing Panting to head in to a virtually empty goal from three yards out. 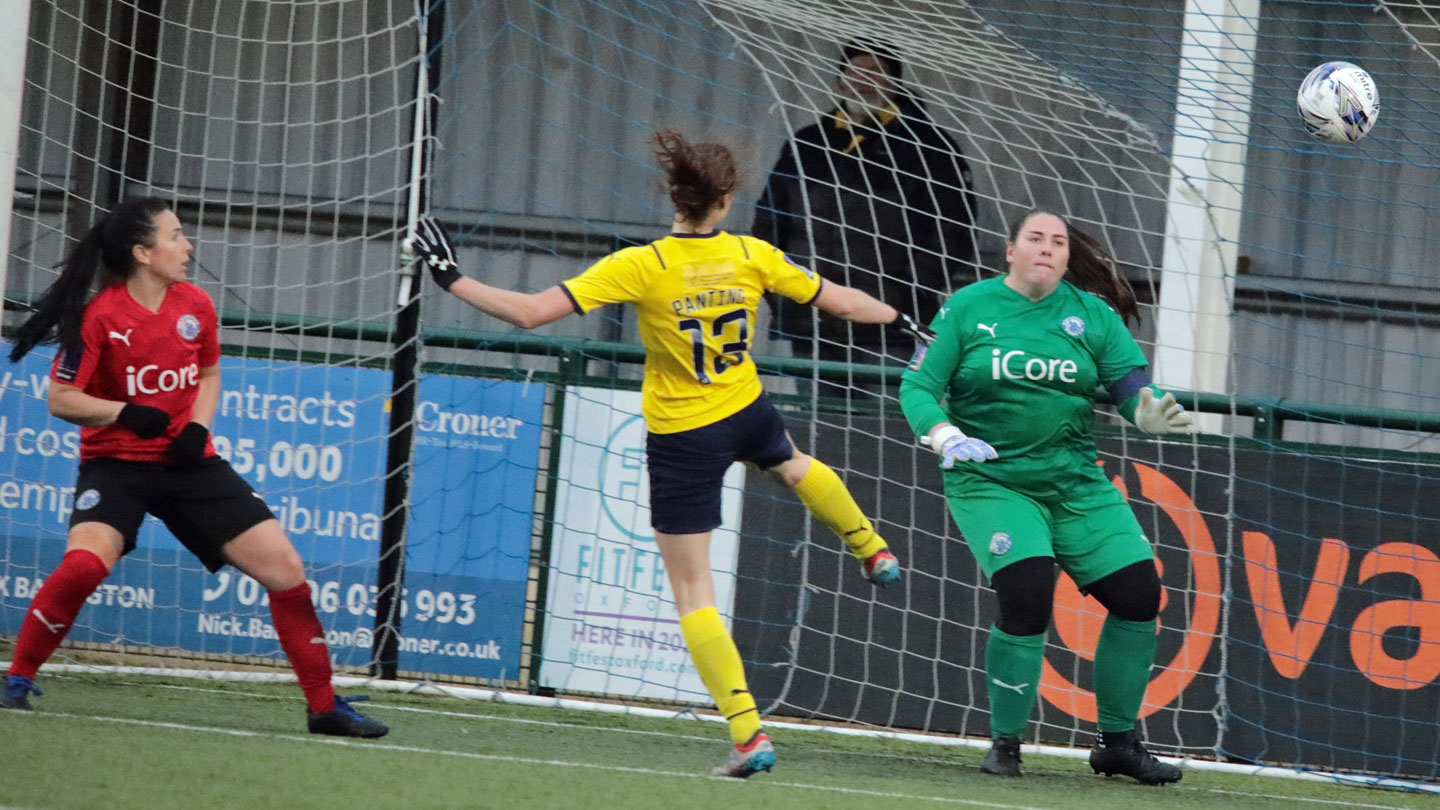 Panting was almost in again four minutes later but under pressure pulled her shot inches wide.

With Billericay committing players forward to try and pull the game back, the game opened up a lot more allowing United to counter and cause the Billericay defence late problems.

A clever outside of the boot pass from Lily Stevens penetrated the visitors' defence and would have left Daisy Ackerman one-on-one with the keeper but a loose touch let her down and a tame shot was collected by Alex Baker.

A late flurry of possession for Billericay resulted in a shot rifling against the post and trickling across the line before United scrambled it away but ultimately this was a good win for the U’s in the cup ahead of another league game against Keynsham Town Ladies next Sunday at the AJN Stadium.