Oxford United’s under-21 side went out of the Premier League Cup with an amazing  4-3 defeat at the hands of Huddersfield Town tonight at Thame United, despite two excellent goals from winger Joel Cooper, a late goal from Josh Johnson and a lot of character to come back from 4-1 down.

A nightmare start saw Huddersfield go 2-0 up inside 12 minutes through Ben Jackson and Daniel Sinani before Cooper gave the U's hope with a superb goal to make it 2-1.

United had chances to level but a goal before the break from Kian Harratt came at just the wrong time and a goal from Jackson early in the second half seemed to have ended their hopes, but a dramatic recovery from the U's, a second goal from the excellent Cooper and a late goal from Josh Johnson set up an incredible finale, but Huddersfield held on.

It took the Terriers eight minutes to take the lead when Brahima Diarra slid in and hit the bar from close range only for the ball to fly back as far as Jackson, who drilled it low and true in to the bottom right corner to give the visitors the lead with his first of the evening. 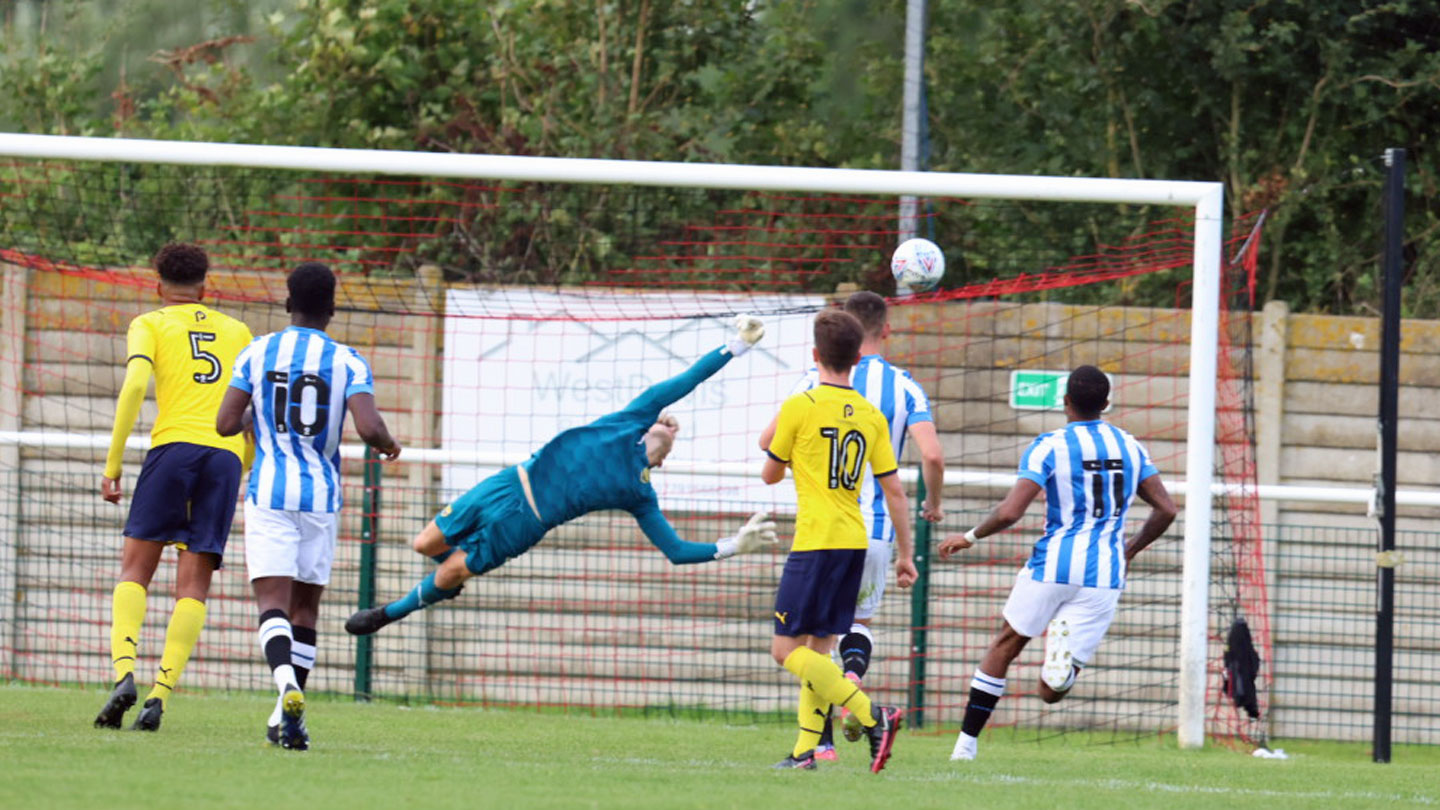 Four minutes later it was 2-0 when Sinani scored a superb second from distance and that put United’s youngsters under early pressure.

Would they have the character to get back in to the game? The hard-working Cooper definitely has and on 18 made it 2-1 with another wonderful goal. Johnson, impressive in a holding role in midfield, won it and spread the ball out for the Northern Irish winger and he cut inside and curled a great goal beyond the dive of Terriers keeper Nicholas Bilokapic to put the U’s back in touch. 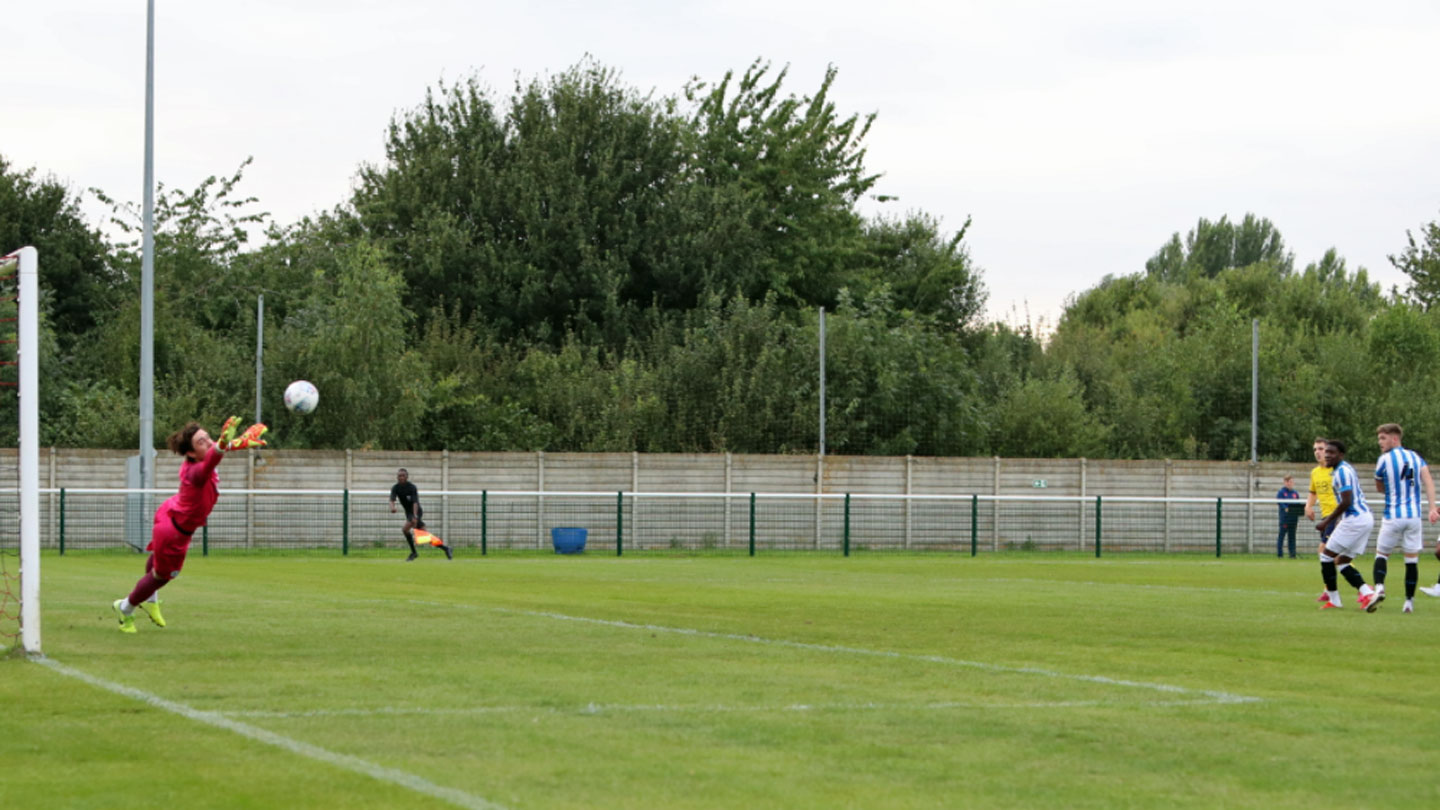 The U’s, managed by Darren Purse and Chris Hackett, should have been level after half an hour when centre-forward Adam Smith stole the ball and fed captain Leon Chambers-Parillon who clipped the ball over the retreating Bilokapic but couldn’t beat the covering Nasim Kherbouche on the line. Smith then blazed another chance wide as the Yellows pressed, but those misses were costly and after 33 minutes the away side had a two-goal lead again with another excellent finish, Harratt firing across the diving Brearey for a 3-1 advantage

Gatlin O’Donkor was thrown on at half time to try and close that gap but before he could have any influence the Terriers looked to have booked their place in a group that will see them play Birmingham, Newcastle and Watford. It was another great goal as well, with captain Jackson striking a superb free kick round the wall and in off the left-hand post with Brearey again helpless.

United were not beaten though and pushed forward with O'Donkor the focal point and Cooper firing up his younger colleagues.

The winger bent a second goal home, this time from a free kick on the edge of the box to keep things interesting and underline his undoubted ability, and then Johnson fired home from the edge of the box to make it 3-4 and set up a real end-to-end cup tie finish that saw Brearey make a great save, Bright hit the bar and the U's throw everything they had at their more experienced visitors.

Plenty of positives, a terrific game, and although United will be disappointed to go out they shouldn't be despondent and had played well.

Now though, instead of regular competitive cup ties the Under 21s will have to regroup and look to impress in friendlies or on loan, while the under 18s in the side will return to Youth Alliance football with a game at Sutton United on Friday.