Oxford United’s under 18s continued their excellent run of form with a thrilling 4-2 win over Gillingham at the Oxford Sports Park this afternoon.

Two goals from Tyler Goodrham, a fourth in two games from Adam Smith and a deflected effort from a young trialist eased the U’s past a game Gills side who were never out of the hunt in a very physical game between two good sides.

The U’s again used the game to give a number of their under 16 side experience with Ibby Sankoh and Josh Johnson both stepping up but it was the irrepressible Goodrham who gave them the lead on 22 with a bullet header from the left-back trialist’s excellent cross. 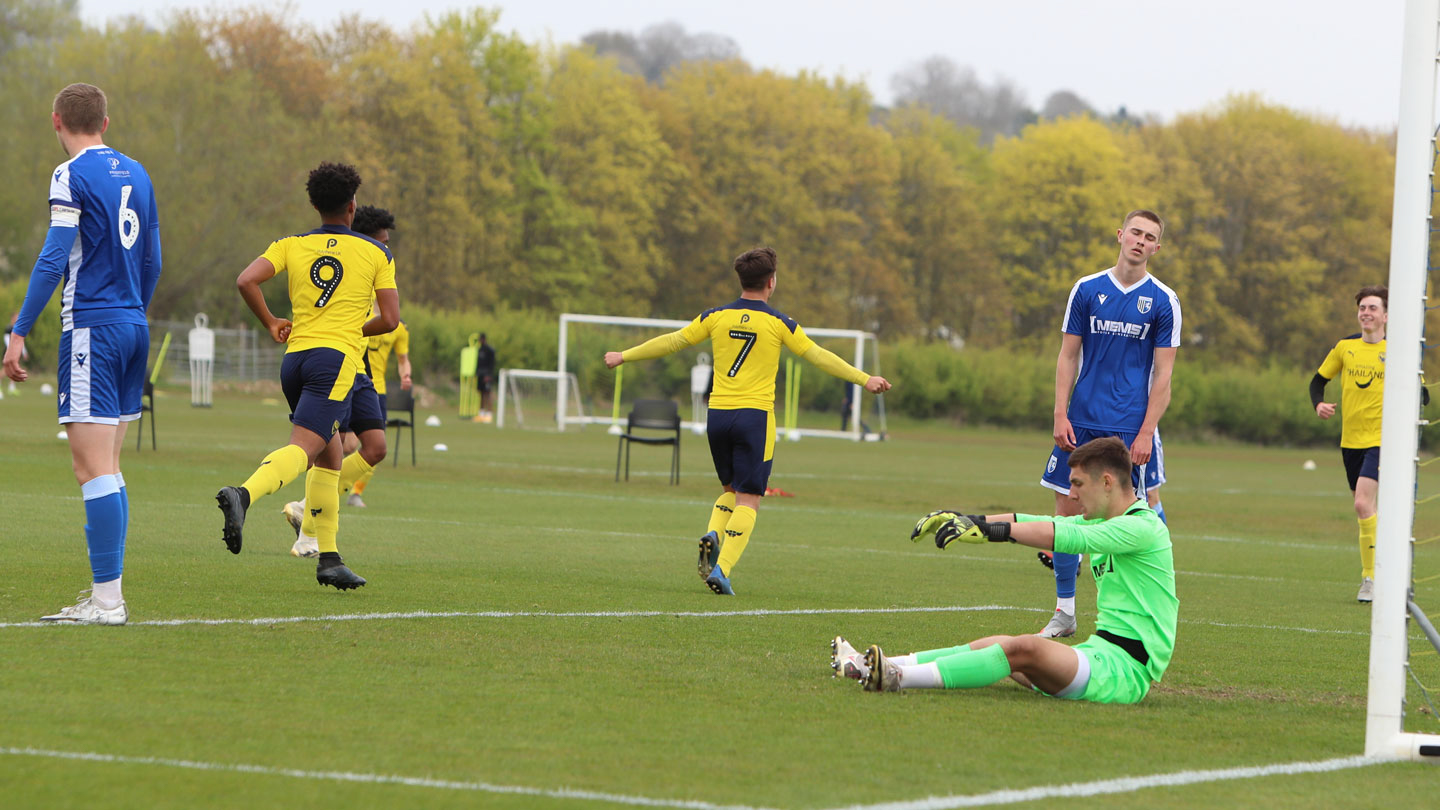 United should have been ahead before that with Smith, Goodrham, Josh Anifowose and winger Will Owens all going close and captain Jack Gardner knitting things together with typical industry in midfield. They made up for lost time on 24 when the trialist ran on to a good pass from Owens and let fly, a huge deflection taking the ball beyond the stranded visiting goalkeeper.

Gillingham came back strongly and having hit the post were back in the game on the half hour when a free kick to the back post was headed across goal, hit the bar and was forced home to make it 2-1 at the break.

Owens and Smith had chances to extend the lead before it became 3-1 on 56 with a goal that owed a lot to the referee’s good advantage in allowing Smith to carry on with his run after Goodrham had been upended on half way. Smith was in turn fouled inside the box and Goodrham gleefully rolled home the penalty to make it 3-1 with his second of the game.

Anifowose hit the post and Smith had a shot saved before the visitors were reduced to ten men when an unfortunate injury in midfield left a player unable to continue and all subs already used. United showed no mercy: Goodrham had two chances to complete his hat-trick before finally nicking the ball on for Smith who finished well to make it 4-1. 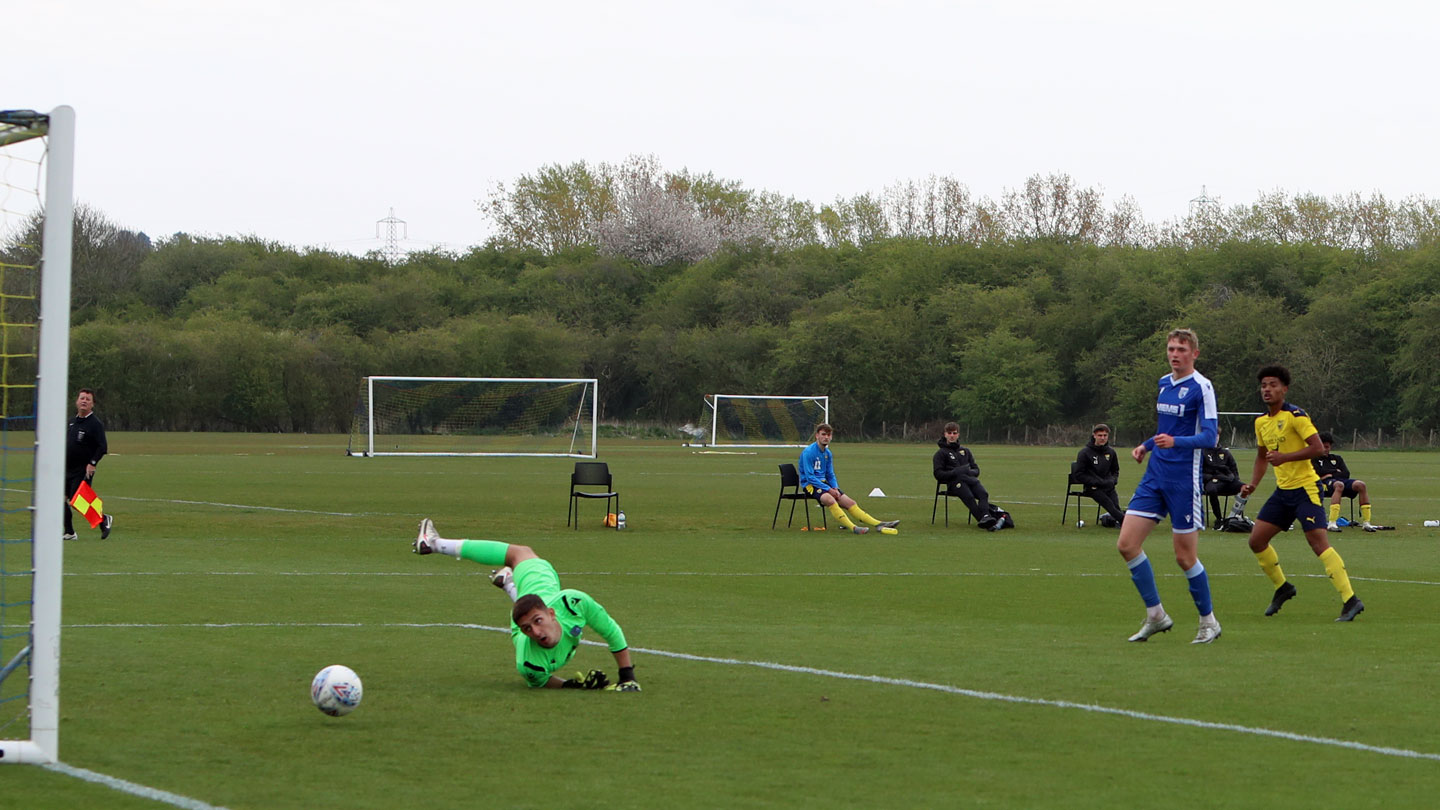 Credit to the ten men who kept fighting and made it 4-2 with a penalty, the last kick of an entertaining encounter, but United had been full value for the win and nine goals in two games once again underlined their potential.

“We probably should have scored more because we created a lot of chances but it was a tough physical game and we stood up to that well- something which will really help the under 16s in the squad learn and develop for next year. Credit to all of the lads though because the attitude was spot on and for a new team to play together for the first time and look like a really strong unit is a really encouraging sign.