The U's look to bounce back after defeat at Sunderland as they push to close the gap on the play-off places.

TEAM NEWS
The U's will be without the suspended Mark Sykes who sits the game out thanks to an automatic one game ban after his sending off at Sunderland.

However Manager Karl Robinson can watch the game from the touchline despite also being shown a red card at the Stadium of Light. Any disciplinary action against the Manager takes a little longer to come through.

Sam Long is hoping to be involved after an ear infection ruled him out at Sunderland while defender Luke McNally made his first appearance on the bench at the weekend. First year scholar Ben Watt, a right back who joined the club from the Spurs Academy was 19th man on Saturday and will be part of the squad against on Monday.

THE OPPOSITION
Accrington drew 0-0 at home to fast-improving Burton Abion on Saturday, a result which leaves John Coleman's side in 13th place in the table

It was a good reaction after Stanley were beaten 7-0 at Peterborough the week before in their last away game although that result was masked by an injury crisis at the Wham Stadium which saw several senior players missing and defender Mark Hughes subsequently ruled out for the season.

“I can’t ever remember an injury crisis like this in almost 25 years as a manager” Coleman said. 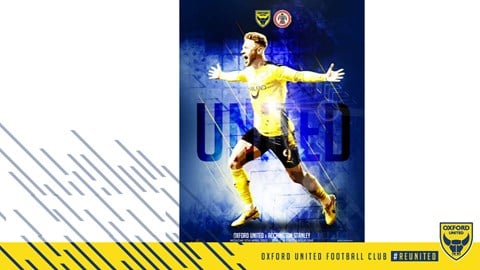 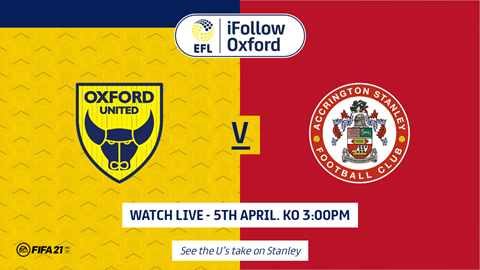 MATCH SPONSORS
Our thanks to Bicester Hotel Golf and Spa who are sponsoring the match.  Find out all about them HERE

Join us on the official YouTube channel for 'Matchday Live', available to help you get in to matchday mode from 2.15pm.