TEAM NEWS
United have major injury doubts over Anthony Forde, Nathan Holland and Mark Sykes after the win at Ipswich on Saturday. Forde and Holland both picked up hamstring strains while Sykes has been ill since the weekend and was not involved in training yesterday.

With John Mousinho still sidelined United recalled defender Rob Atkinson from his loan at Eastleigh yesterday and the former Fulham youngster could be involved with the first team squad for the first time.

Liam Kelly is still troubled by a hamstring problem but could be involved on Saturday when the U's welcome Southend United.

See Karl and Simon Eastwood looking ahead to the game in iFollow right now.

THE OPPOSITION
Accrington boss John Coleman saw his side push leaders Rotherham close on Saturday and is now looking forward to a trip to the Kassam Stadium.

“Oxford have got back on track after their FA Cup run and they are probably one of the best teams who have played here,” he told the official Accrington website.
“They are a top side, they turned in probably the best performance at our place this season when we drew 2-2 with them and it was a cracking game. We know all about them and they will know about us.
“I like Karl, it will be good to see him and have a bit of banter on the sidelines and hopefully get the win.
“He knows good players and he sets them up well, he plays attractive football and he plays football the way I like it to be played so that means it should be a good game, weather permitting. Oxford can be a big club and Karl has got them going now and, if he gets them promoted, who knows what they can do in the Championship?”
TICKETS
Tickets are available from oufctickets.co.uk where you can print at home or download to your phone or by calling 01865 337533 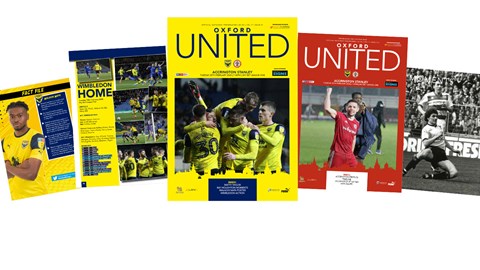 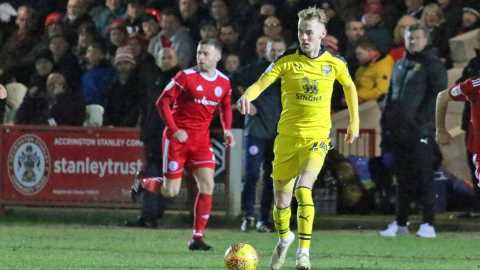 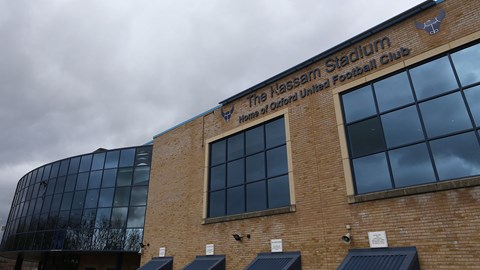 FAMILY
The Family Room is open for this game with player visits and we have a full Family Guide to games available here: OUFCFamily.pdf
PARKING
There are circa 2,000 free parking spaces at the stadium but with another big crowd expected we ask everyone to arrive early and park legally
Away fans-  Please park in the West car park - the one closest to the cinema and bowling complex at the fence end of the ground.
AWAY GUIDE
If you are an Accrington fan travelling to the game then a full Supporters Guide is available here: OUFCAwayDayInfo.pdf
CLUB SHOP
The Club Shop is open and has scarves and hats to help you keep warm throughout the winter months
COVERAGE
You can follow the whole game on twitter through @OUFCOfficial or on our Instagram page or here in our Match Centre, and see the game in iFollow wherever you live.