A stunning strike from Shandon Baptiste was enough to  give Oxford United a 1-0 Boxing Day win over Lincoln City at the Kassam Stadium this afternoon.  United were forced to dig deep by the Imps but Baptiste's blast divided the teams and sent another bumper crowd home happy.

Maybe it was that third crowd of 10,000 in a row, perhaps the 6-0 result at Sincil Bank was in both teams’ thoughts; whatever it was, the first ten minutes saw United enjoy 80 per cent possession and the Imps visibly nervous but running themselves into the ground to try and deny United space to work in before they began to settle and grow into a very even match.
Baptiste and Josh Ruffels both had early efforts and although the visitors had long-range efforts of their own, United looked relatively comfortable; one spell after half an hour saw Taylor slide in for a tackle, Fosu dribble past three men inside his own area, two passes inside their own six-yard box and then a counter which was only just stopped by the backtracking away defence. Great to watch and a side brimming with confidence.
Matty Taylor had the best early chance, sliding in but unable to guide a Chris Cadden cross beyond keeper Josh Vickers. That was followed by a Cameron Brannagan blast on 19 that fizzed just wide before a similar effort was heading for the top corner after 25 minutes until Vickers just about managed to tip it over the bar.
It’s a busy time of year for Vickers but on 30 the Lincoln keeper had no prayer as Baptiste found a way to break the deadlock. There were players moving all around him but sometimes the simplest thing to do is just have a go. Vickers got nowhere near it and the ball flew from 30 yards, clipped the underside of the bar and put the U’s 1-0 up. 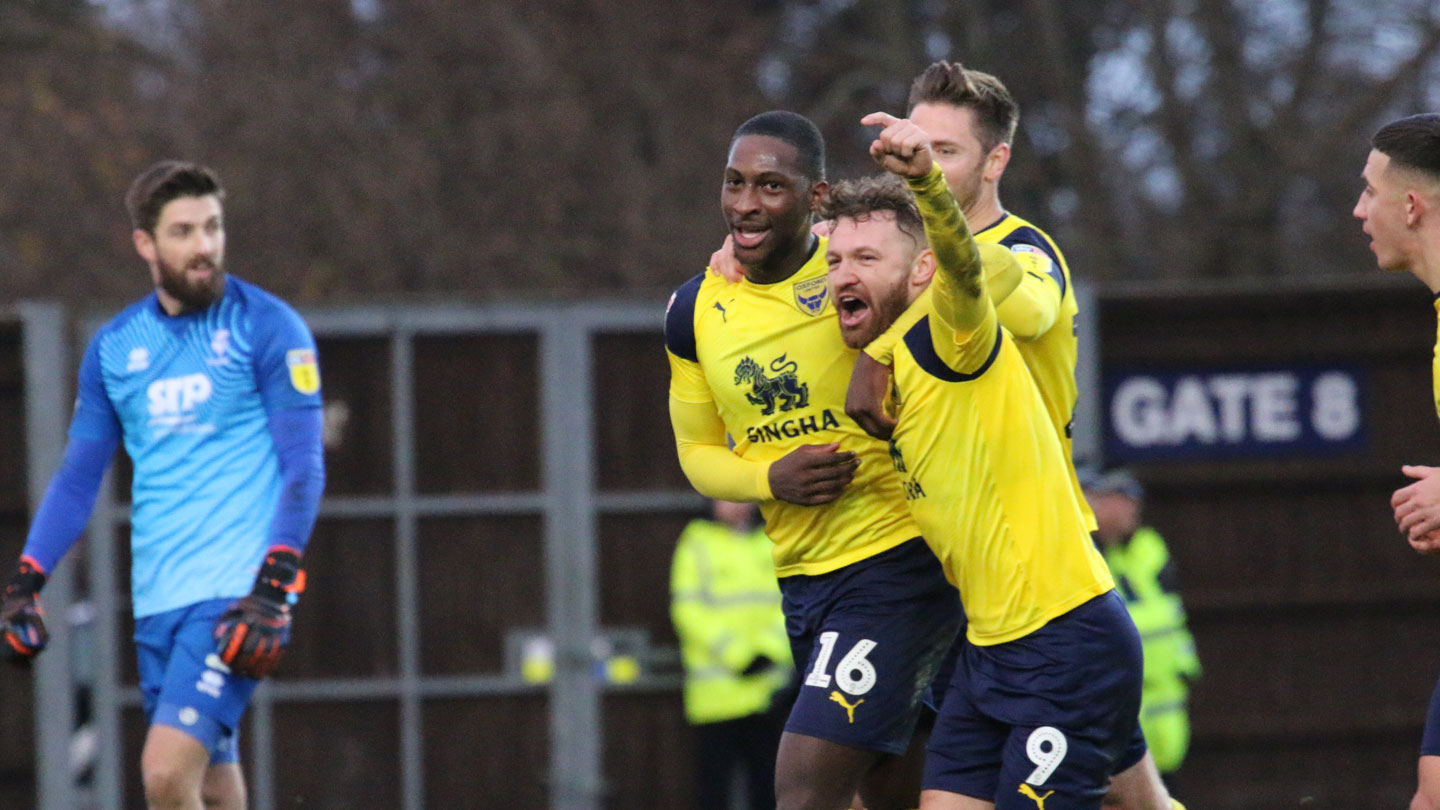 Lincoln were far from out of the game on Michael Appleton's return and whatever he said at the break worked because they were much more dangerous in the second 45 minutes, but this United side are a very good team and haven't conceded at home in the league since August.
They didn't truly look like losing their advantage at any stage despite late pressure and there is a dark side to defending as captain Mousinho - outstanding all match - showed when he took one for the team with 20 minutes to go when he pulled a player back and was shown a yellow but at the same time snuffed out the danger on half way rather than any further forward.
The Imps mission was still possible but United might have doubled their lead when James Henry let fly from 25 yards ten minutes into the second half or when sub Mark Sykes sliced wide with ten minutes to go, but with Brannagan back at his bubbly best the ball retention and movement was good from the U's, just not rewarded with a second goal which would have killed the game off.
Chris Cadden made a good block from Tyler Walker, Jordan Archer mopped up any crosses into the box and United had deserved their win even if John Akinde DID head against the post in the 93rd minute! It's not always a hatful of goals, sometimes it's all about determination and character.
A first double, a second 1-0 win in a row and further progress up the league. What's not to like?
See you at Wimbledon...
Att:10,115
Away: 630
Report by Chris Williams, pictures Steve Daniels and Tom Melvin, stats by OPTA