Oxford United Women will be looking for revenge as they welcome Crawley Wasps this Sunday, hoping to continue their excellent run of form in the league.

The U’s have won seven games on the bounce in the league and are unbeaten at home but  a tough 1-0 loss away against Crawley recently saw them knocked out of the FA Women’s National League Cup in the quarter finals.

The U’s also failed to come away with any points against Crawley in the League in October, but now return to home soil in their bid to keep up with current leaders Ipswich Town, hoping that it can be third time lucky.

United missed the chance to go top of the league when their game at Hounslow was postponed, with leaders Ipswich pulling further ahead with a win on the same day. Third-place Southampton are also in the mix and boss Liam Gilbert told us

“It’s so close at the top but we can’t worry about that. All we can do is look after our own performance and try to win on Sunday. Training has been excellent this week and we are really looking forward to it.”

The game is at Court Place Farm this Sunday at 2pm.

Support the U’s in their title challenge and if you can’t get along to the game then you can follow the action live on Twitter @OfficialOUWFC. 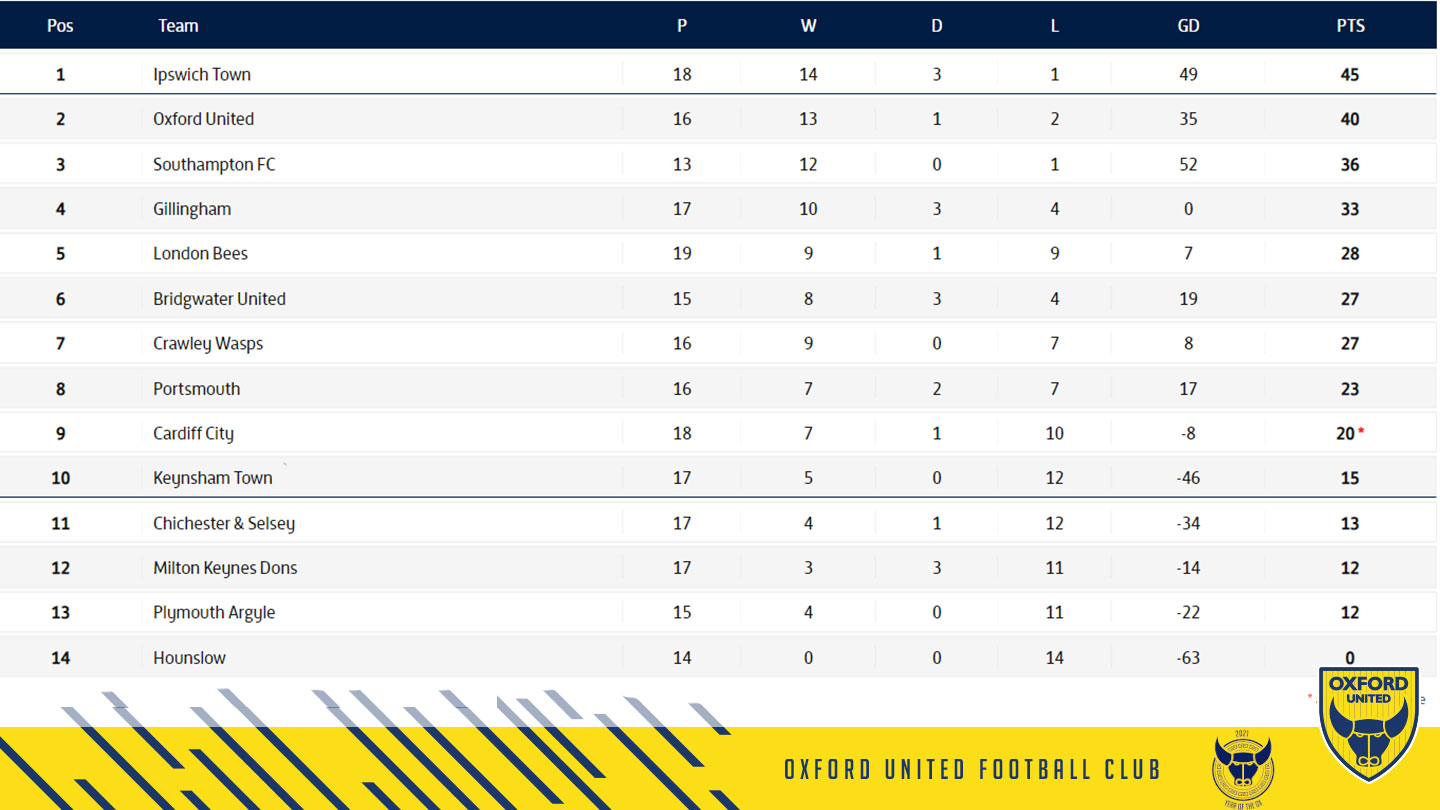