Goals from Sarah King, Beth Lumsden and Daisy Ackerman saw the U’s go through with a thorougly professional performance at Motspur Park

Despite having captain Lauren Haynes ruled out United started the game well and created chances in the first half although they were grateful to Lily Stevens for one fine challenge half way through the first half to prevent the home side taking the lead.

Instead it was the U’s who led at the break when Lumsden crossed into the box, Sophie Baker dummied and King fired home in the last minute of the half.

As expected, Fulham came back strongly and United had to show all their resilience to keep their lead intact but on 74 minutes Daisy McLachlan squared for top scorer Lumsden who buried the ball beyond the keeper to make it 2-0.

The game went end to end as Fulham chased the game but in injury time the U’s made the game safe as Mackenzie chased a lost cause and crossed for Ackerman to spark joyous scenes as United sealed the win.

Manager Liam Gilbert was naturally delighted with his team

“I thought it was a tremendous cup tie and credit to Fulham who gave us a hell of a game; I can see why they are doing well in their league and will be climbing the pyramid.

"But we matched their work rate, like we knew we had to, and to have three different scorers as well as a clean sheet was pleasing. Fair play to everyone involved and we look forward to the next round.” 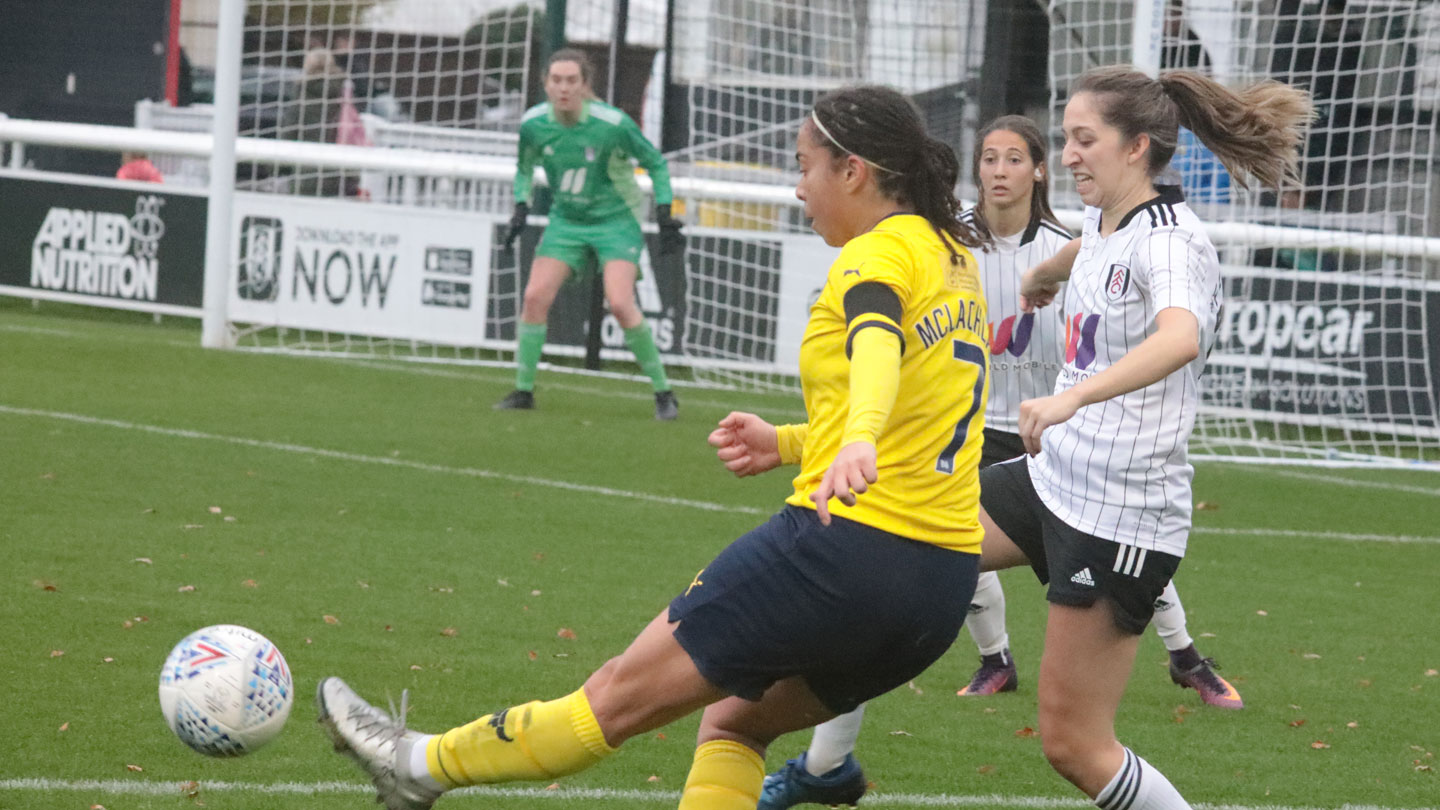