Oxford United booked their place in the Oxfordshire Senior Cup final with a thoroughly professional 2-0 win over Thame United at Court Place Farm this evening.

A goal just before the break by young striker Adam Smith and a neat finish from fellow Academy graduate Tyler Goodrham in the second half were enough to send the U's through against a very competitive Thame team who pushed them all the way.

United gave several senior players a chance to stay sharp and matched the shape of recent first team games with Steve Seddon and Anthony Forde as wing backs outside James Golding, John Mousinho and Michael Elechi, although Thame created the first chance when skipper Ryan Blake headed over in the 15th minute, with what tuned out to be their best chance of the night.

Further forward, the midfield saw Oisin Smyth sitting in front of the back line and Marcus McGuane, Ben Davis and Goodrham showing some neat footwork behind Smith as they tried to open up a Thame backline well marshalled by former United youngster David Lynn.

It was hard going and there were few chances until a minute before the break, when Seddon curled a good ball down the left for Goodrham and his cross was headed home by Smith against the club he played for as a schoolboy. 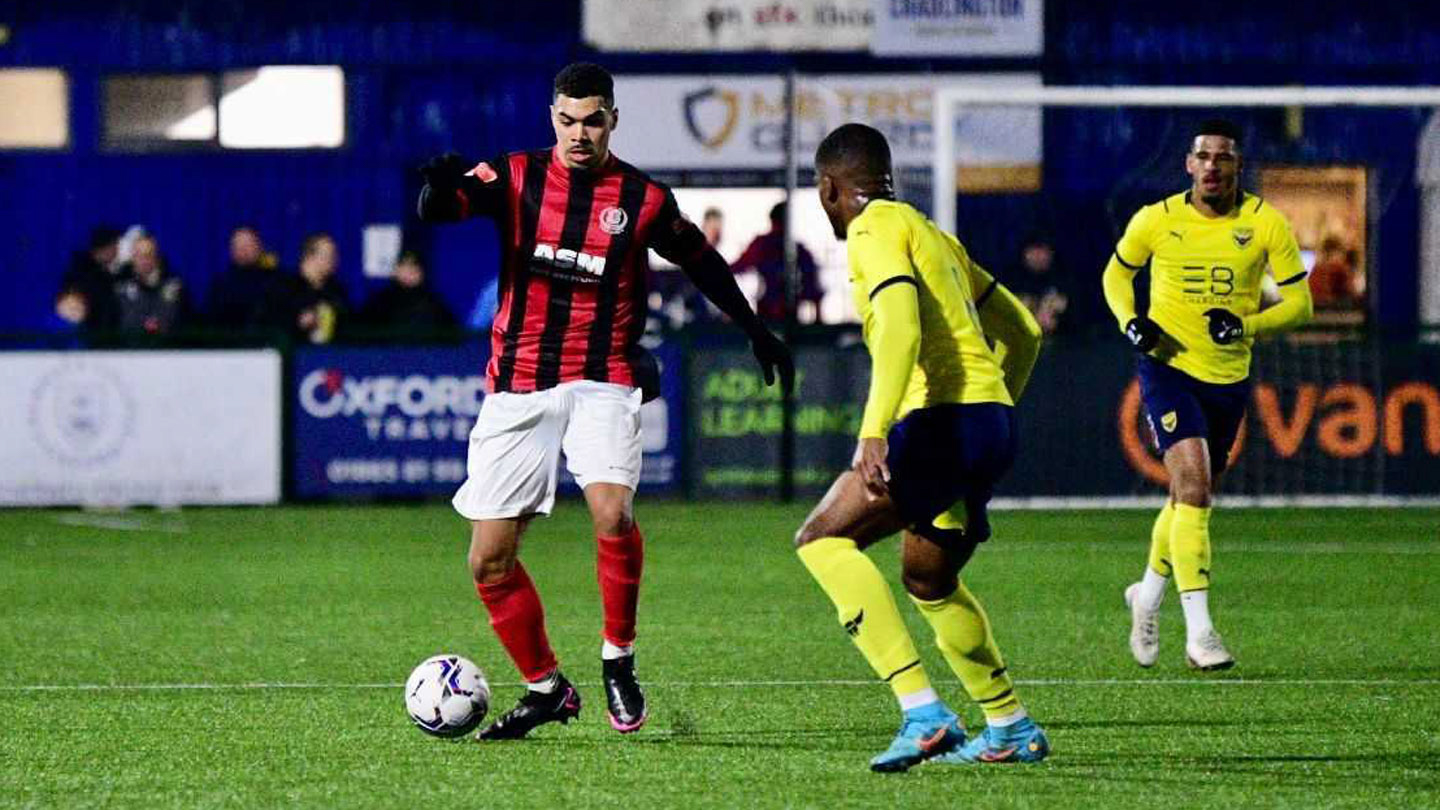 Golding, ever willing to join the attack, saw two efforts blocked early in the second half and Forde saw two free kicks from the edge of the box also beaten away before United doubled their advantage with a clever goal on 66 minutes when Davis flicked the ball over a defender and Goodrham bustled past to make it 2-0.

Smith and sub Leon Chambers-Parillon had further efforts, McGuane had a late drive tipped over, but a third would have been a touch harsh on Thame, who we wish well in their chase for the play-offs in their division.

United will now go on to play either Oxford City or North Leigh after they play the other semi-final on 29th March.