A Luke McNally headed goal was enough to give Oxford United  an important 1-1 draw with Ipswich at the Kassam Stadium this afternoon.

Bersant Celina's goal half way through the second half looked to have decided a close game between two in-form sides before McNally smashed home a dramatic last-minute equaliser to give United a superb point.

There was never going to be much in it, with just one goal in the previous 450 minutes played between the teams since Ipswich dropped into League 1, especially with the visitors having kept eight clean sheets in their last nine games.

And yet when Gavin Whyte forced two saves out of keeper Christian Walton in the first ten minutes, United looked the more likely team to make the breakthrough in the first half.

Ipswich withstood that early pressure though and United’s backline, with Sam Long and Ciaron Brown returning and Simon Eastwood retained, started to be stretched by a lively looking Ipswich front line, where the outstanding Wes Burns was a constant threat on the right, although Eastwood remained untested throughout a first half where two good sides cancelled each other out. 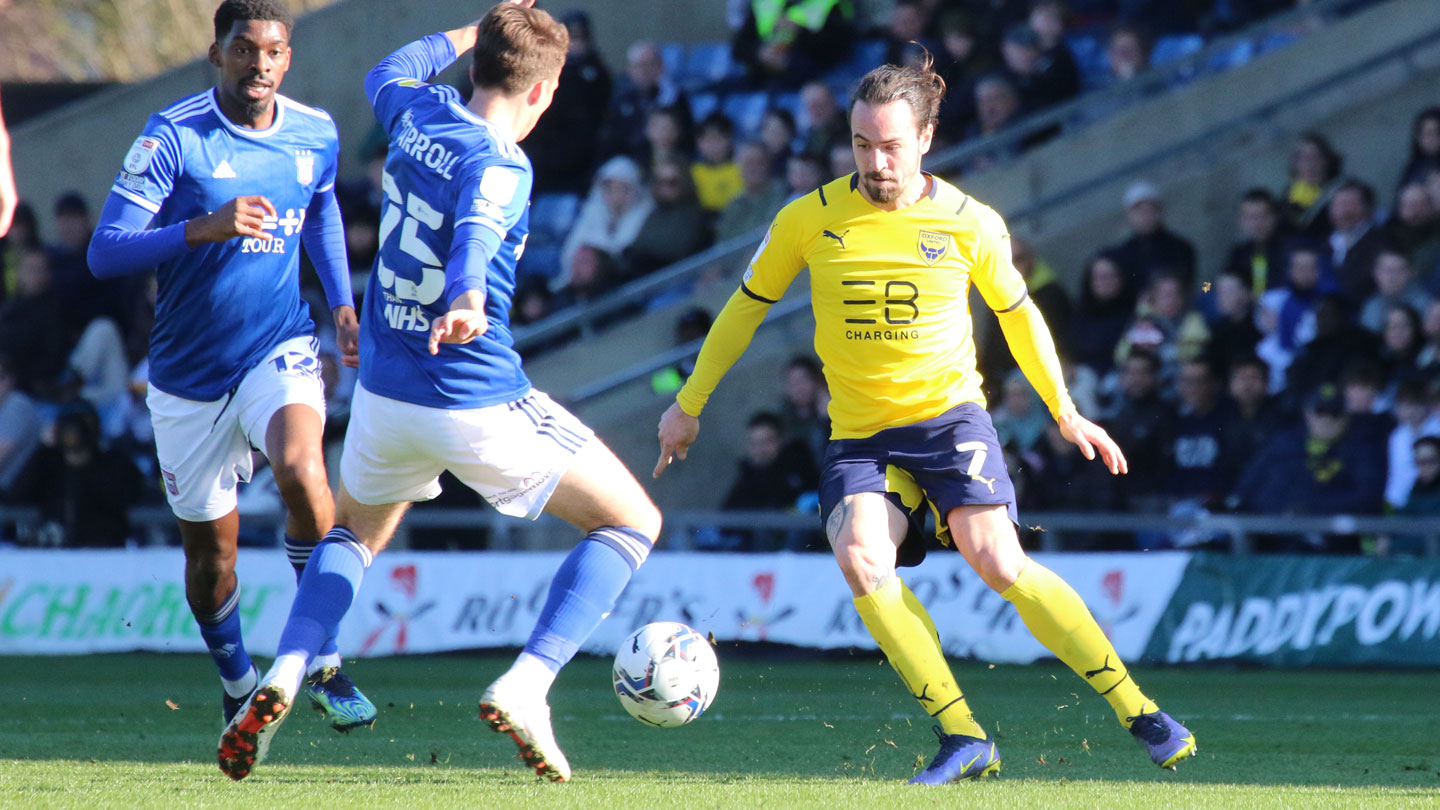 That’s not to say it was a poor game, there were too many good players on the pitch for that, just that the defences were well drilled, the midfields matched each other for workrate and the forwards couldn’t quite find the space they needed.

Ipswich, eight points behind with eight to play at the start of the day, then began to commit more men forward as the attritional minutes ticked past and slowly began to create the clearer chances.

Joe Pigott got his feet in a tangle soon after the break, Burns fired into the waiting gloves of Eastwood on 65, Dominic Thompson saw an effort thumped away as United came under pressure, and with 20 minutes to go that pressure paid off when Burns again scampered free and, with two men to choose from, gave the ball to Celina who drove the ball home, giving Eastwood no chance from eight yards out. 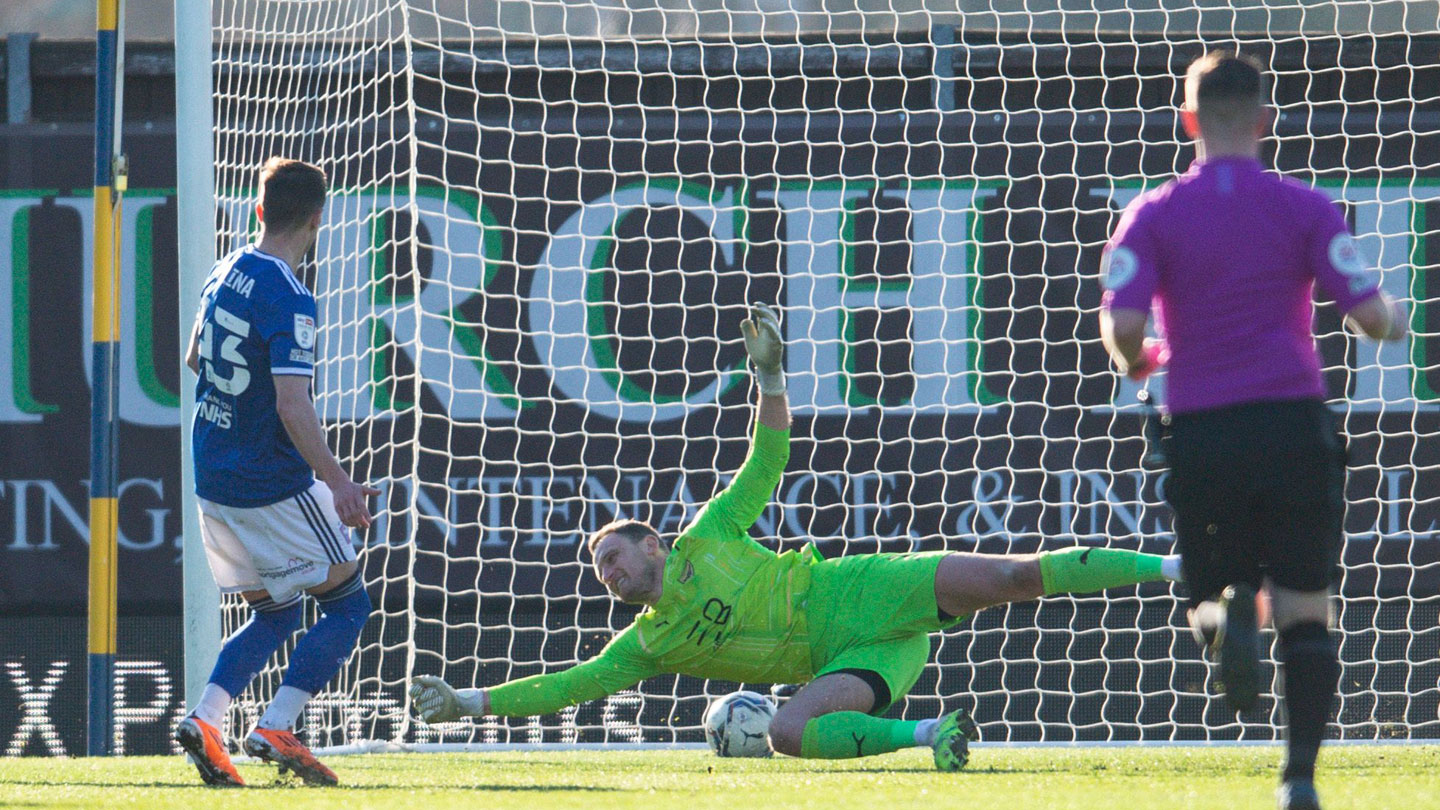 Now the emphasis switched to United having to chase the game for the final quarter but they found Ipswich in very mean mood and just couldn't build up their usual head of steam until the very last minute. Kane's corner, McNally's thumping header and United had their point.

A result that keeps both sides in the chase, just, but United will be the happier.

With no game next weekend, United can regroup and start a 'mini-season' for the last seven games. They do so from a play-off position in the table and after seeing their best crowd of the season: the fifth crowd of over 10,000 in six home games.

Not a bad place to start from...