The Oxford United Supporters Panel has now been in existence for a year and are looking to build on a fantastic first 12 months as we move in to 2022/23.

The panel exists to be an independent fan voice in regular, structured dialogue with the club.

The OUSP has reviewed its first few months (read more below) and feels that much of the groundwork is now in place to become an even more effective supporter voice in the coming season.

As part of the Panel’s preparations they are asking all supporters to let them know how they can best represent you and have produced a short survey which will help the Panel assess fan priorities.
Please click to access the survey.

Supporters, with advice from the FSA and other clubs, set up the OUSP in summer 2021, to be a supporter-led channel for regular, structured dialogue with the football club.

Following the inaugural meeting in October 2021, a further seven meetings took place between the supporters and club staff. See https://www.oufc.co.uk/club/supporters-panel/

· A number of fan-raised queries and suggestions have been looked into with the club, covering issues including stadium cleanliness, ticketing, parking, and accessibility

· OUSP has obtained associate membership of the Football Supporters’ Association, and partnered with #HerGameToo – establishing key links such as these paves the way for us to access resources to better represent our fanbase

· Publishing minutes is delivering greater transparency from the club

“I love the fact that the OUSP challenges the club in all aspects of its operation. From my point of view it keeps us accountable and helps us to improve our service to all supporters”. 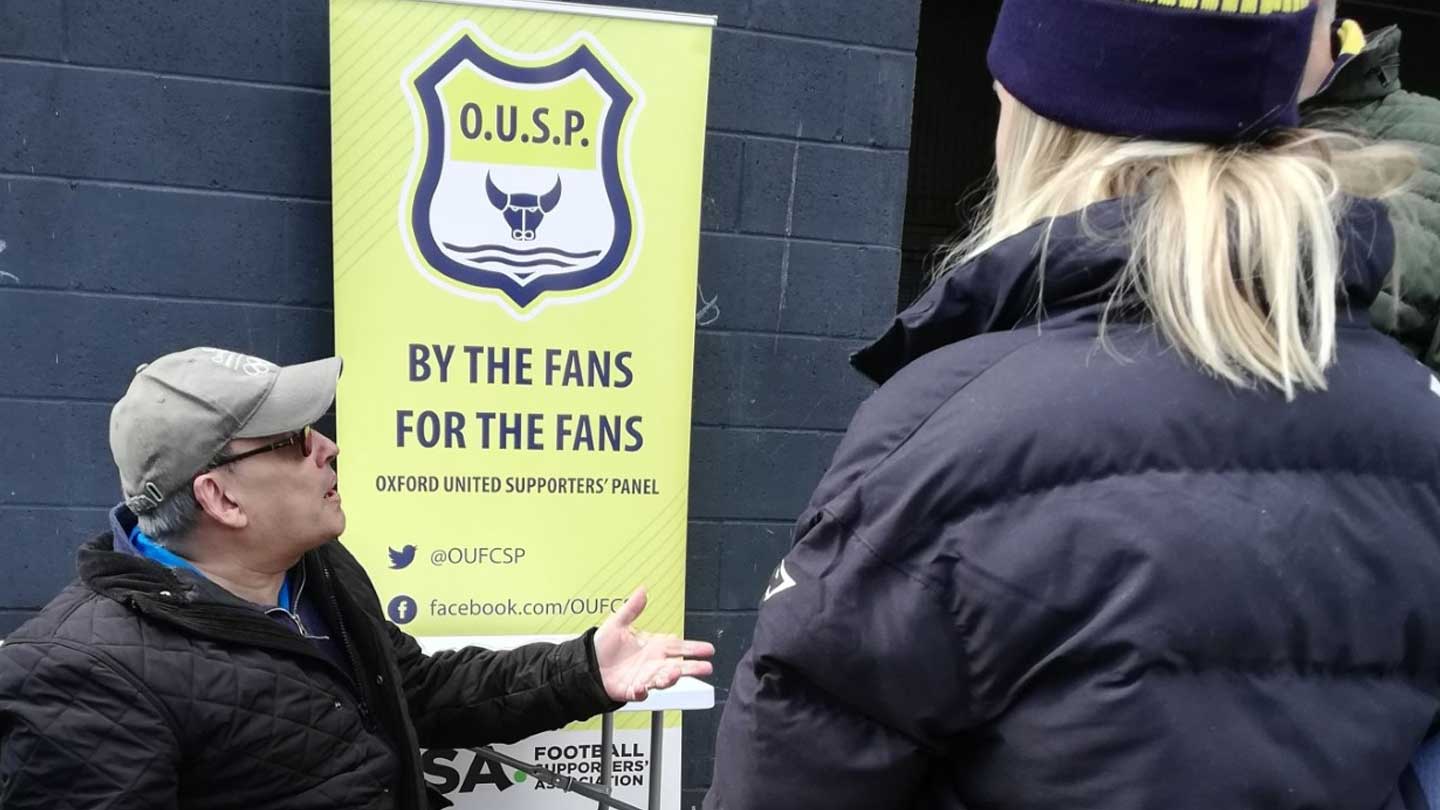