Oxford United kicked off their pre-season with an impressive 5-2 win at Oxford City this afternoon.

Two first half goals from Cameron Brannagan plus strikes from James Henry, Sam Long and Marcus Browne were enough for the U's, despite neighbours City scoring early goals in both halves of an entertaining 90 minutes.

United, playing in a pre-season kit ahead of the unveiling of the real new kit for the season, were behind after just five minutes when Zac McEachran let fly from 25 yards with a superb effort that flew past Simon Eastwood before he could move.

It was a class goal but so was United’s response and equaliser on 13 minutes. Home keeper Ben Dudzinski failed to get any elevation on a clearance and Brannagan took a touch then curled the ball into the empty net from 35 yards.

United then took the lead after 18 minutes when the excellent Sam Long delivered an inviting cross which Henry headed beyond Dudzinski to make it 2-1 and on 34 the visitors were 3-1 up from another superb Long ball from the right flank, Brannagan volleying home left-footed for his second of the afternoon.

Long then got himself on the scoresheet on 38 when skipper Elliott Moore headed a deep ball towards goal, Sam Baldock recycled the ball in the six yard box and Long thrashed home from close range to make it 4-1 at the break.

City pulled a goal back early in the second half when sub Latrell Ewers-Humphrey fired past Jack Stevens, one of ten changes for the U’s at the break. 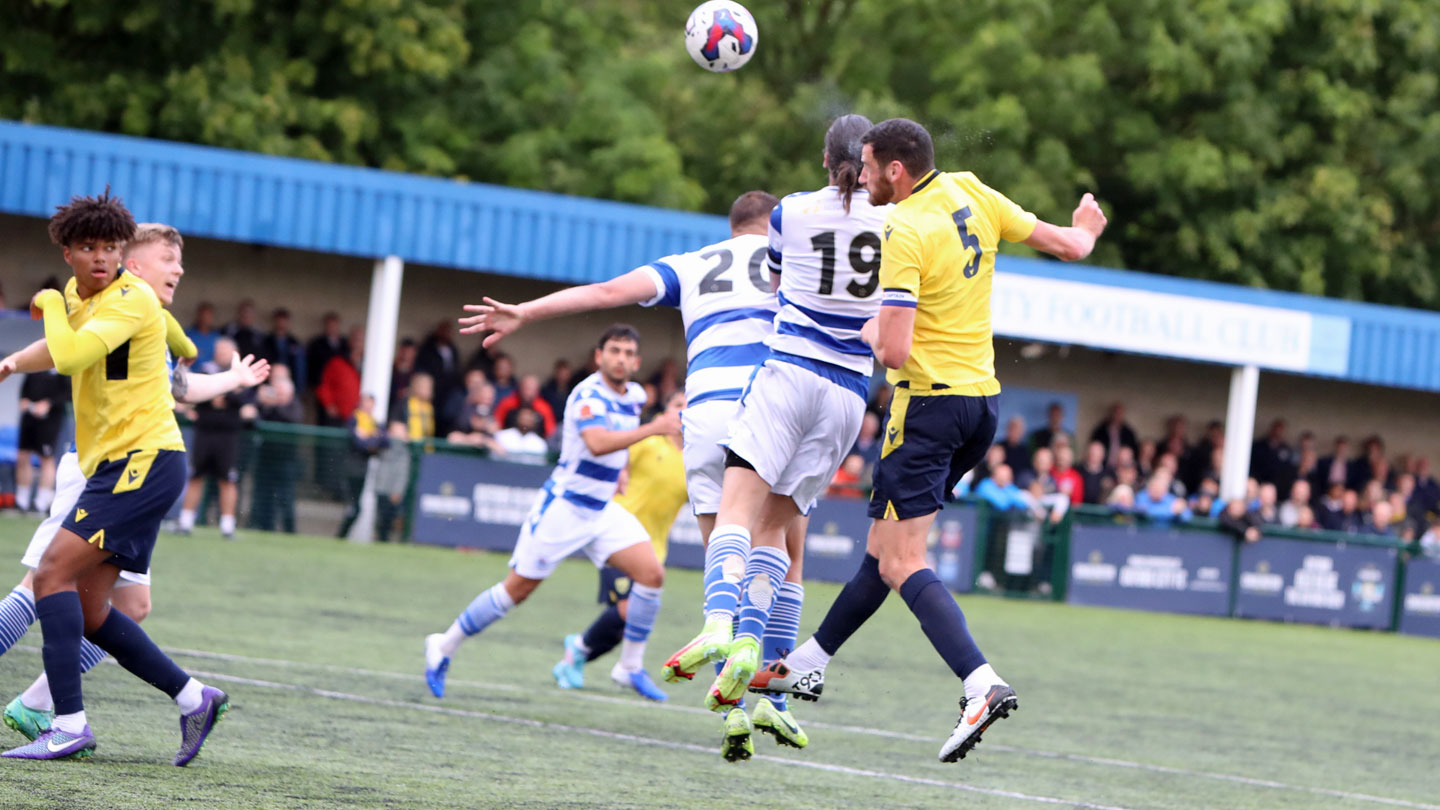 However, Browne swiftly restored the three-goal gap when he skipped round his full back and fired home to make it 5-2 after 59 minutes, and United created a number of chances with some typical passing moves in front of a crowd of over 1,000 at the Velocity Stadium.

An excellent first showing; remember that the bulk of the players on show had run over 50km each in the searing Spanish sun this week at a training camp. The hard work will now continue at the Bangkok Glass Training Centre this week before they take on North Leigh and Banbury next Saturday.

Our thanks to City, the perfect hosts. Good luck for the season ahead.