Oxford United's winning start to pre-season continued with an excellent 5-1 win at Eastleigh this evening.

Two goals from Marcus Browne and second half strikes from Steve Seddon, Cameron Brannagan, from the spot, and trialist Jodi Jones made it five goals and five wins from five warm up games for the U's as they edge towards the start of the league season.

Oxford, in Boat Race dark blue, rotated the squad after a 2-1 win at Hungerford the previous night. A more experienced side started - the subs from the previous evening- with those they replaced coming on later in the game.

They were grateful that winger Vincent Harper dragged an early chance wide for the home side but then took the lead after 17 minutes with a clinical strike from Browne, his second of pre-season. Having left a defender, and a shinpad, trailing in his wake Browne rolled the ball for Matty Taylor who set it back in to his path. With time to pick his spot Browne beat keeper Joe McDonnell with deadly accuracy. 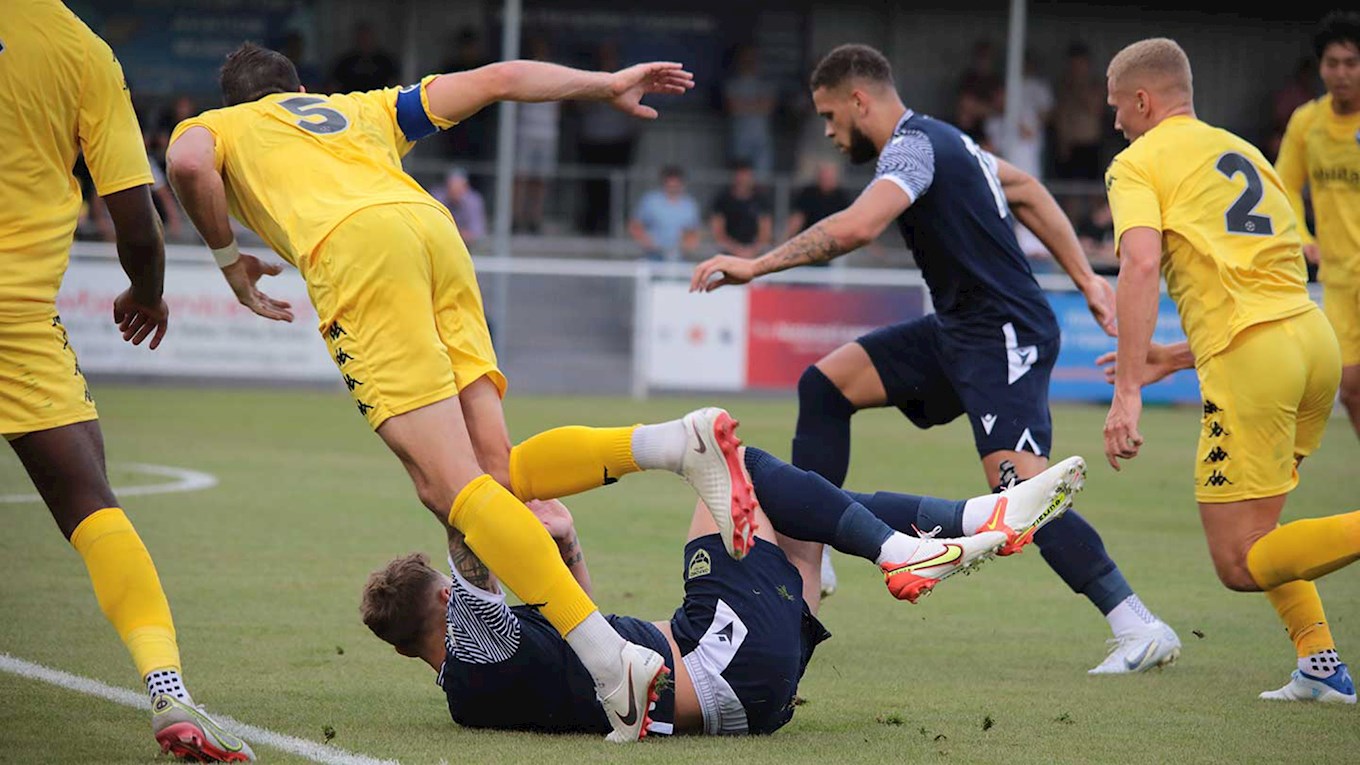 The Spitfires, managed by former United striker Lee Bradbury, are a strong unit and caused problems, particularly in the first half, through the pace of Charlie Carter on the wing and the power of Tristan Abrahams up front while the midfield had Seung -Woo Yang at heart.

However on 23 minutes they were 2-0 down when Taylor again became the provider with a pass to Browne who could hardly miss the target from close range. 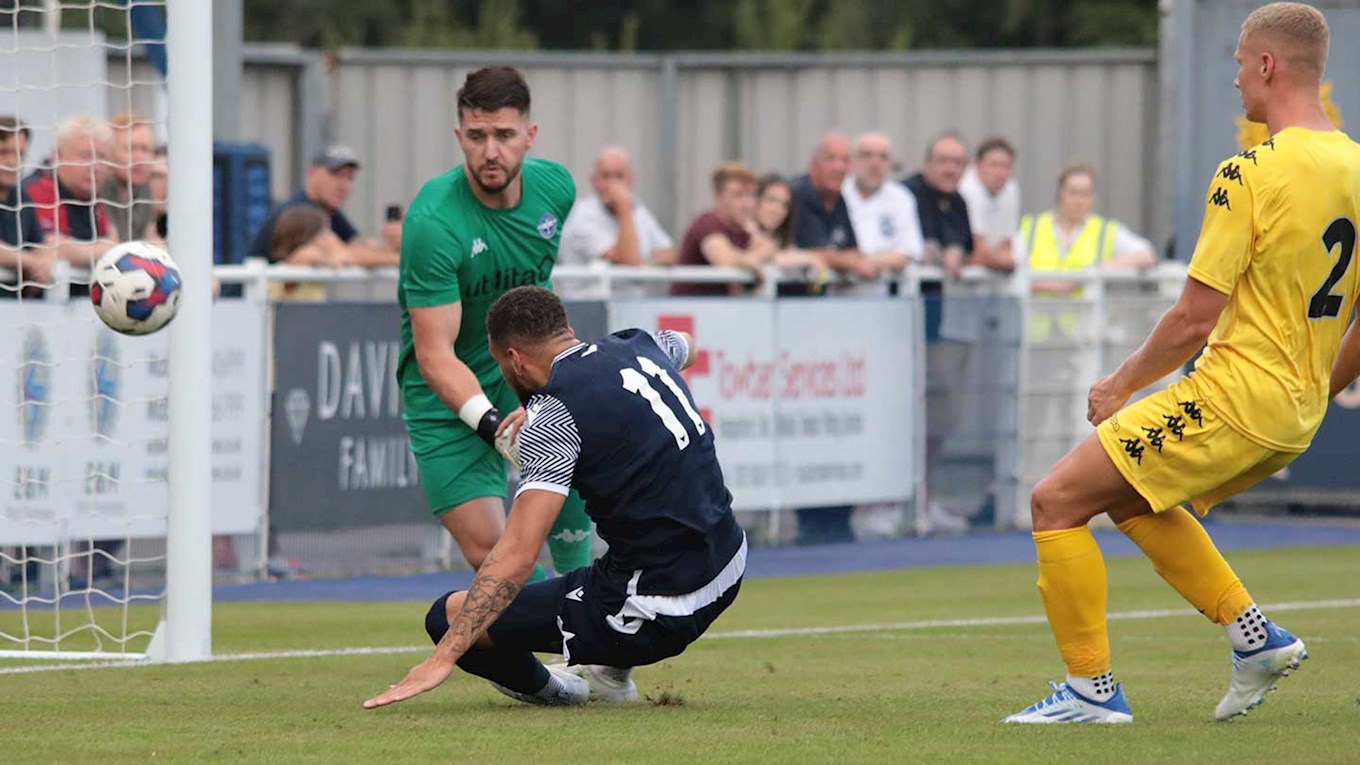 United then turned on the style and zipped the ball around on the excellent pitch. Seddon galloped 70 yards but crashed his shot into a retreating defender when Bodin was well-placed to his right and only the sprawling McDonnell denied Browne a hat-trick when he got back to claw a trickling ball off the line after Browne had initially poked the ball beneath him.

As well as they have played in pre-season United have still to keep a clean sheet and early in the second half they conceded once more when Harper’s deep cross picked out Danny Whitehall who headed powerfully beyond Jack Stevens to make it 2-1. Nice to see Whitehall heading in the right direction for once these days.

United came back strongly from that set back and on 57 minutes were 3-1 up when Browne sent a superb cross to the back post and the excellent Seddon sidefooted home from five yards out to restore the two goal advantage. 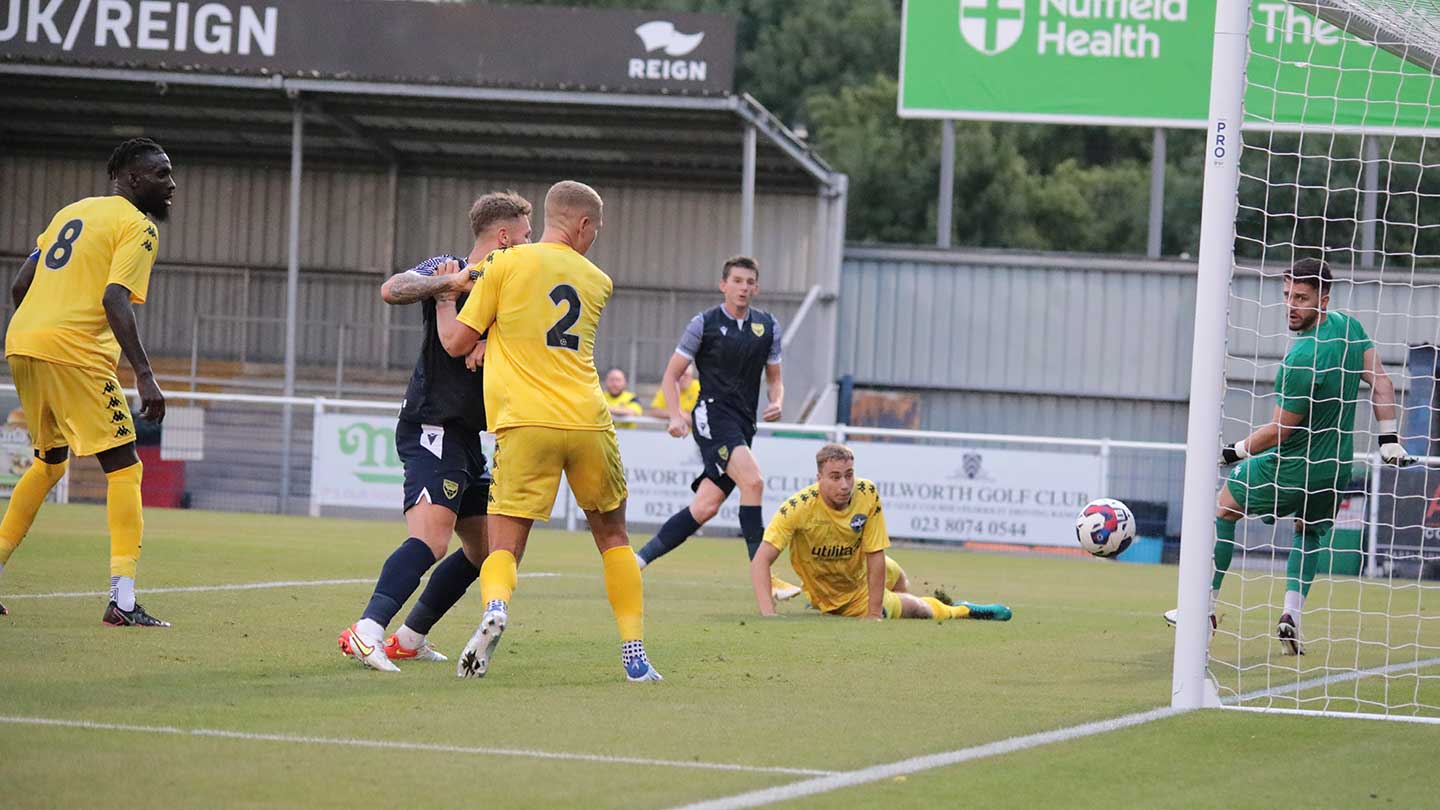 On 67 minutes it was 4-1 when Taylor was caught by defender George Langston and Brannagan did what Brannagan does from the spot, then after 71 minutes trialist Jones again showed what he can do with an unstoppable drive from the edge of the box that gave the keeper no chance. 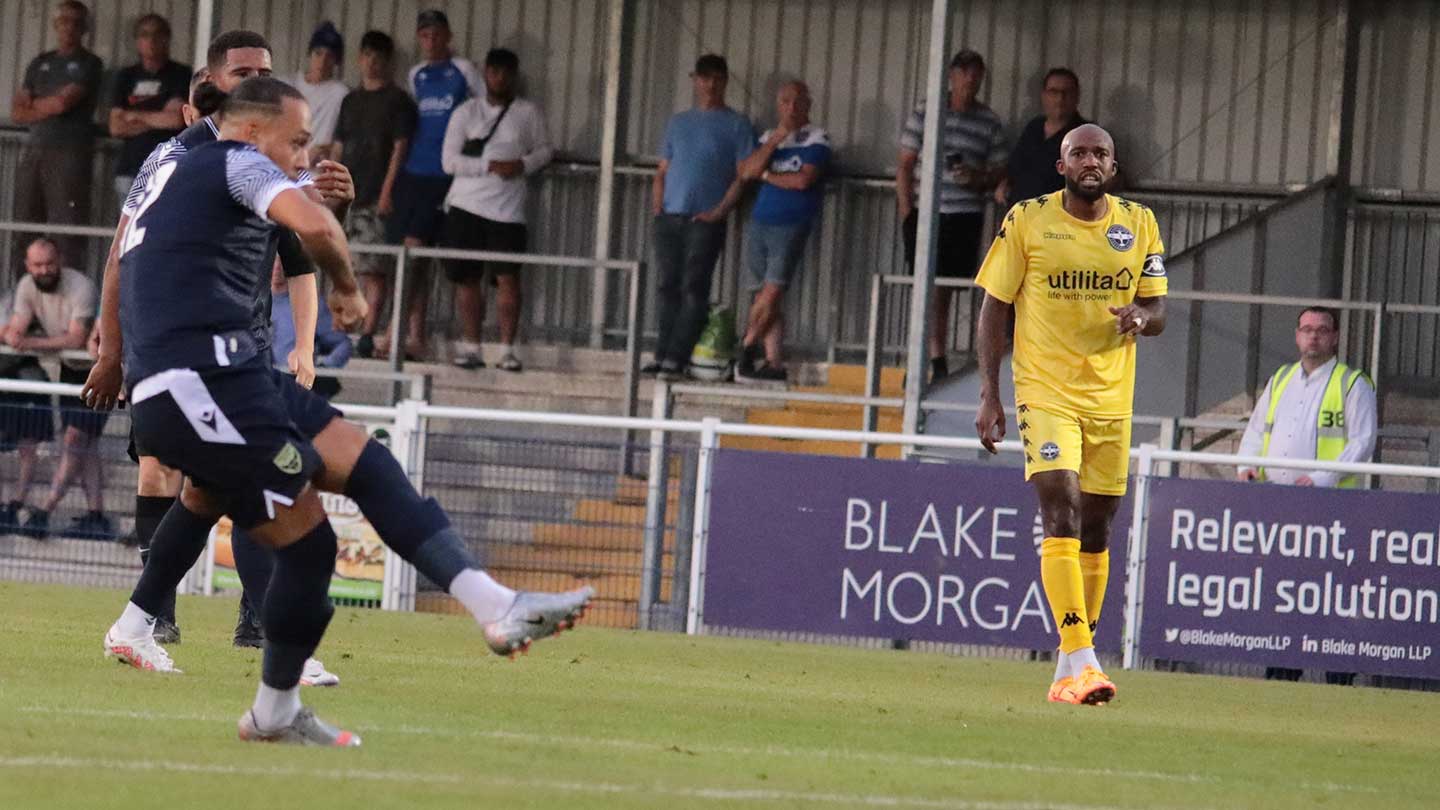 The final 15 minutes saw the side completely change but not so the attacking intent and the lively Tyler Goodrham twice went close with long distance efforts as United continued to impress.

A good win again and two games in 24 hours has allowed the whole squad a chance to get match action. Things now move up another gear as we welcome Coventry City to the Kassam Stadium on Saturday.