Oxford United kicked off their 2022/23 league campaign with a 1-0 defeat at Derby County this afternoon.

A close game was decided with ten minutes to go by a Conor Hourihane strike that lifted the roof on a packed Pride Park and sent the huge travelling Yellow Army home to Oxford disappointed.

If any of the following 45 games kick off in a better atmosphere then we are in for a tremendous season. Derby fans sang ‘we’ve got our club back’, United fans welcomed Cameron Brannagan home and the players responded with a frantic first few minutes that saw Simon Eastwood have to catch a Max Bird header and Billy Bodin flick an effort wide at the other end before we had reached five minutes.

The game settled down after that. Marcus Browne held the key in attack, playing as a number 10 and linking things together between James Henry, Billy Bodin and Matty Taylor, while the superb Stuart Findlay looked very assured in defence on his debut - a recovery tackle on 28 minutes to rob the lively Nathanial Mendez-Laing a highlight.

United used 26 different combinations in defence last season and unsurprisingly found clean sheets elusive. Today they looked solid, helped by Brannagan and Marcus McGuane forming a two-man shield in front of them. Efforts from Taylor and Henry saw them ask questions at one end, while Derby’s one real sight of Eastwood’s goal came after 38 minutes and saw the keeper made a good save from Mendez-Laing. 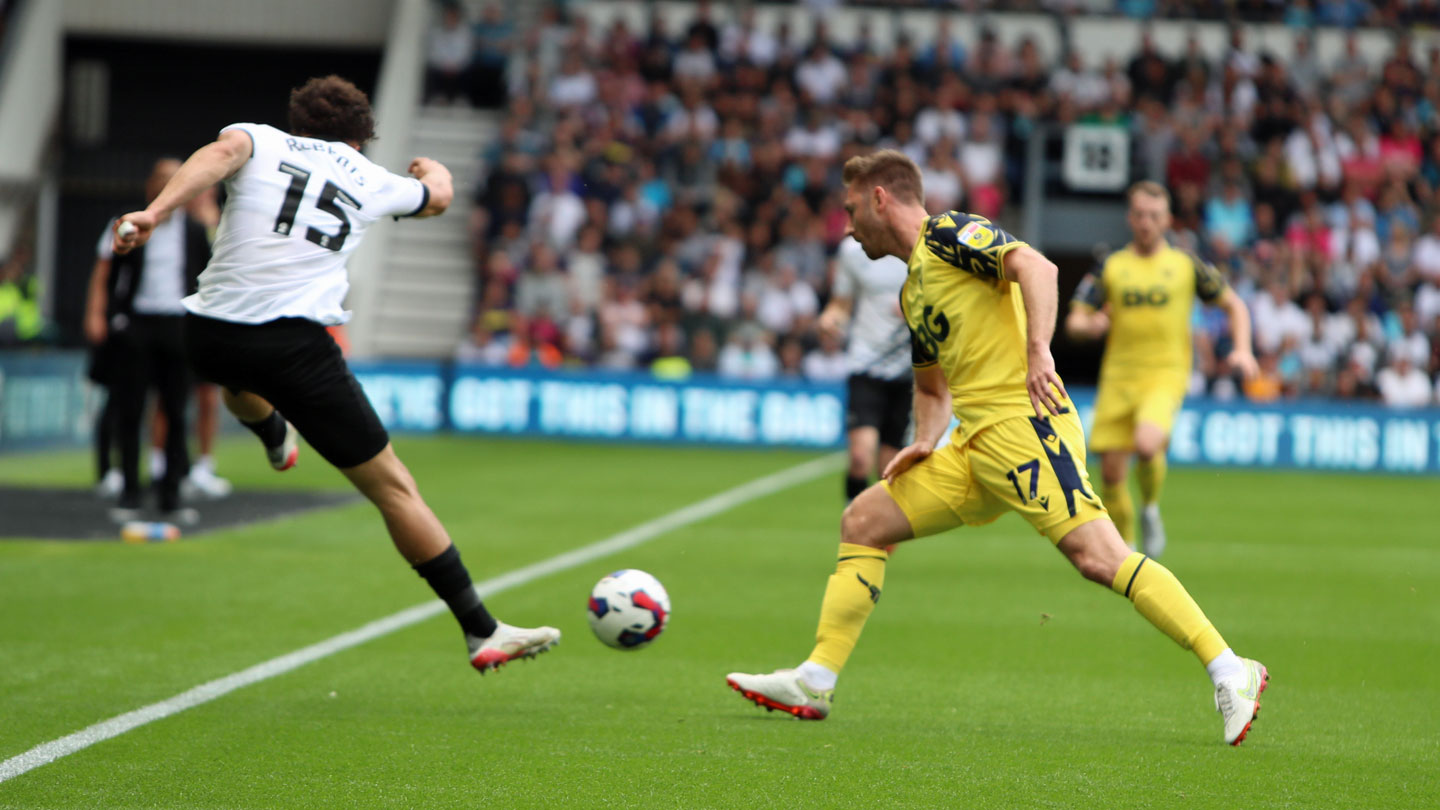 Early cards for Browne and James Collins in the second half underlined the spiky nature of the game, with ref Anthony Backhouse doing well to stop things from boiling over. Meanwhile, back at the game, Bodin saw a rising effort saved by keeper Joe Wildsmith and Eastwood made a good save from Collins.

United started to drop deeper and chances began to dry up for them. They were indebted once again to Findlay for another block from Mendez-Laing, but eventually Hourihane broke hearts with a thumping drive from the edge of the box with ten minutes left to give the Rams all three points.

Both sides will get sharper over the next few weeks, but United's customary work rate was there to see and an opening day win is rare - five years now since the last one. Time to bounce back as they welcome Cambridge next weekend for the first home game of the season. 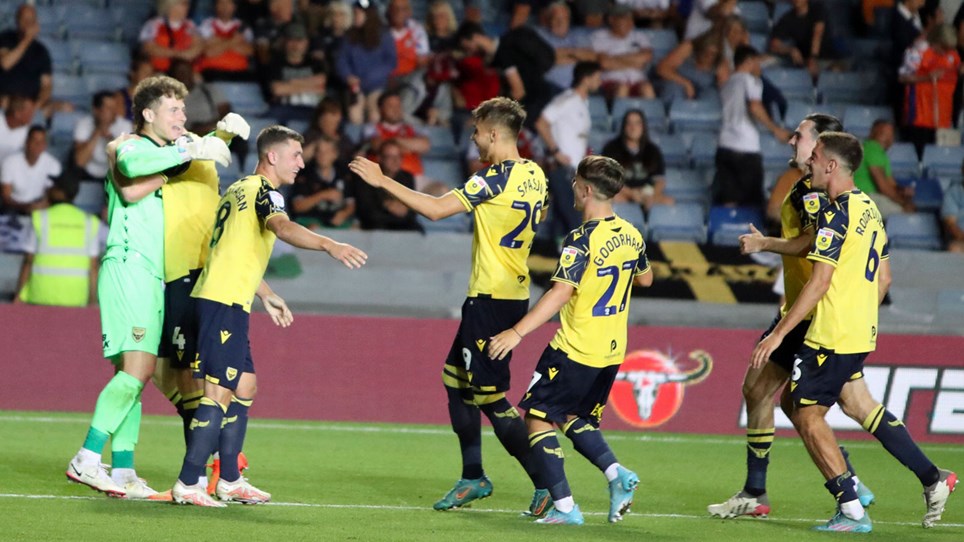 
Oxford United will again play League 1 football next season after defeat at Rotherham ended their play-off hopes this afternoon. 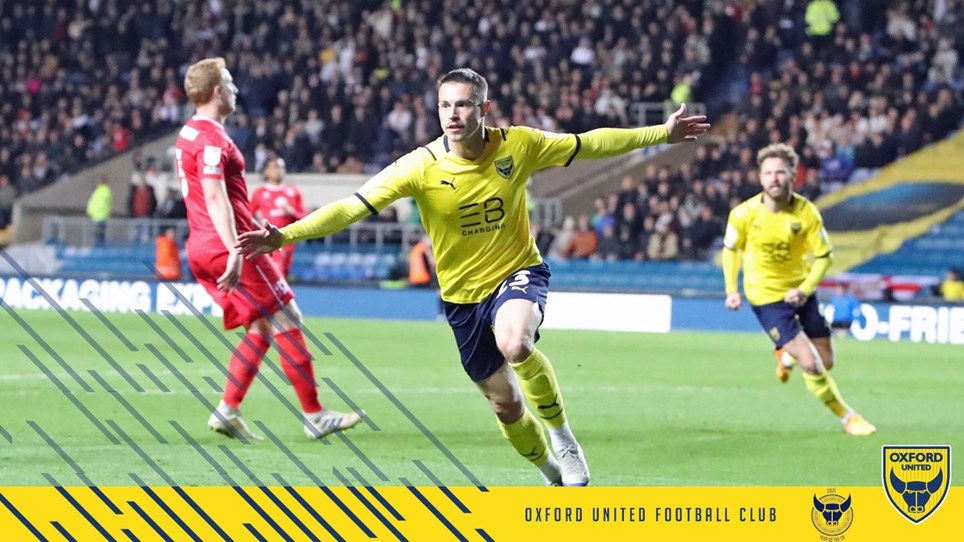 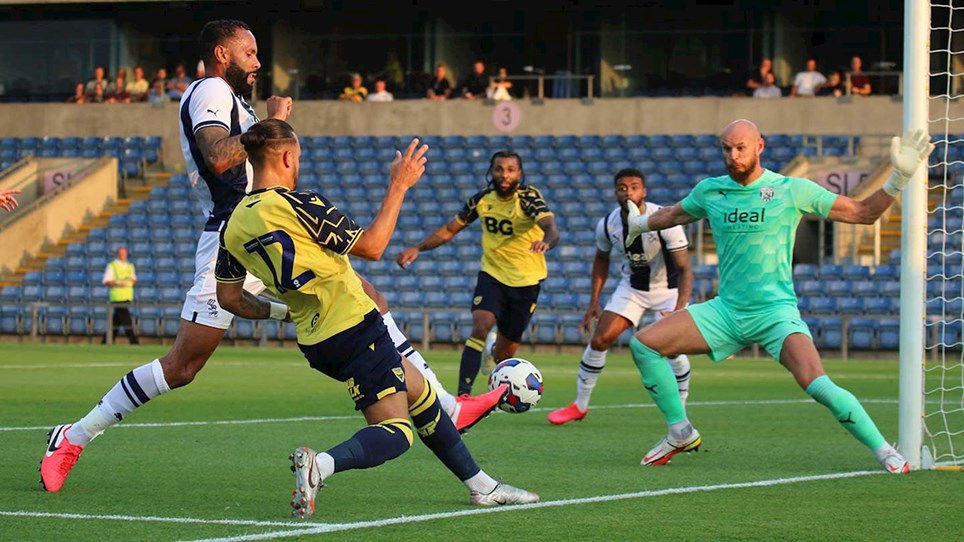 
Oxford United were beaten by two Karlan Grant goals and an own goal this evening as West Bromwich Albion won 3-0 at the Kassam Stadium. 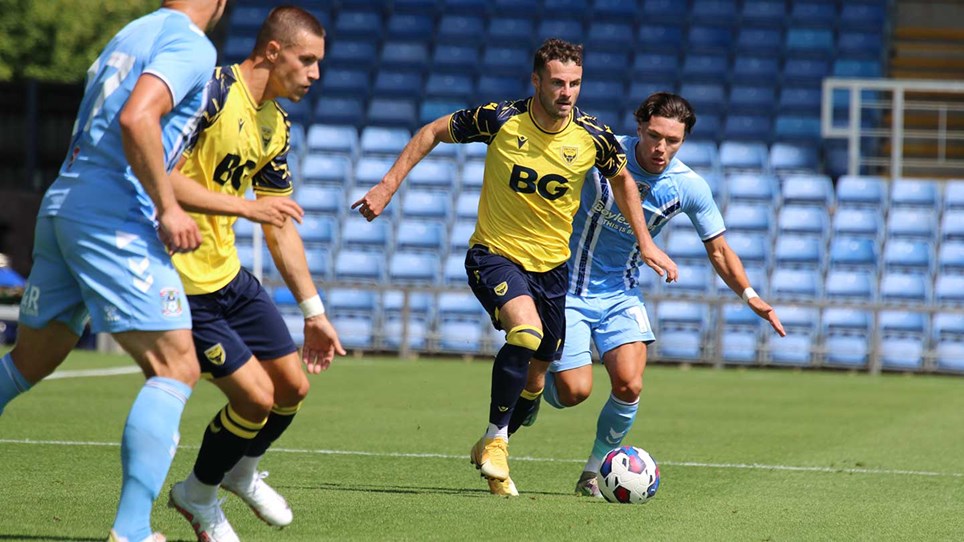 
Oxford United lost for the first time in pre-season as two goals from new signing Jonathan Panzo gave Coventry City a 2-0 win at the Kassam Stadium this afternoon.