At a recent EFL meeting clubs were asked to vote by division on which League games should be streamed to the domestic market* during the coming season.

The following fixtures/matches do not (generally) qualify for domestic streaming:

Matches falling outside of those classifications do qualify for streaming in the domestic market under certain circumstances, and the position for League One is clarified below for each type of fixture.

Scheduled Midweek Matches
There are six rounds of scheduled midweek matches in total for League One. Clubs voted to make these fixtures available to stream in the domestic market on a compulsory basis.

Displaced Midweek Fixtures
Matches which are originally scheduled for Saturday 3pm and are displaced from this position for non-commercial reasons will also be available to stream.

World Cup and International Break Weekend
There are a number of League One matches taking place during the World Cup, including fixtures on a Saturday 3pm. Clubs voted to make these fixtures available to stream.

SKY SPORTS
Sky Sports have the right to show 20 matches from League One and League Two across the season. Any League One or League Two match selected for broadcast by Sky Sports will be exclusive to them and will not be available for domestic streaming.

Sky Sports also have the right to show all five Sky Bet League One Play-Off matches on an exclusive basis.

All League One matches may be streamed outside of the UK irrespective of whether they have been selected for broadcast. This means that they will be available both on a Pay-Per-View (match pass) basis, and for seasonal and monthly subscribers. Seasonal or Monthly passes will include all League matches in the season - there is no need for any consideration around blocked territories in the coming season.

Cup Matches
Please note, Carabao Cup matches are not eligible for streaming internationally. FA Cup rights – and any decisions on the broadcast or streaming of those games –are fully vested with the FA themselves.

Clubs voted that the distribution position should remain consistent with the 2021/22 position, with individual clubs retaining the revenue for any Match Pass sold through its website to its fans.

*The domestic market comprises UK, Republic of Ireland, Jersey, Guernsey, and the Isle of Man. 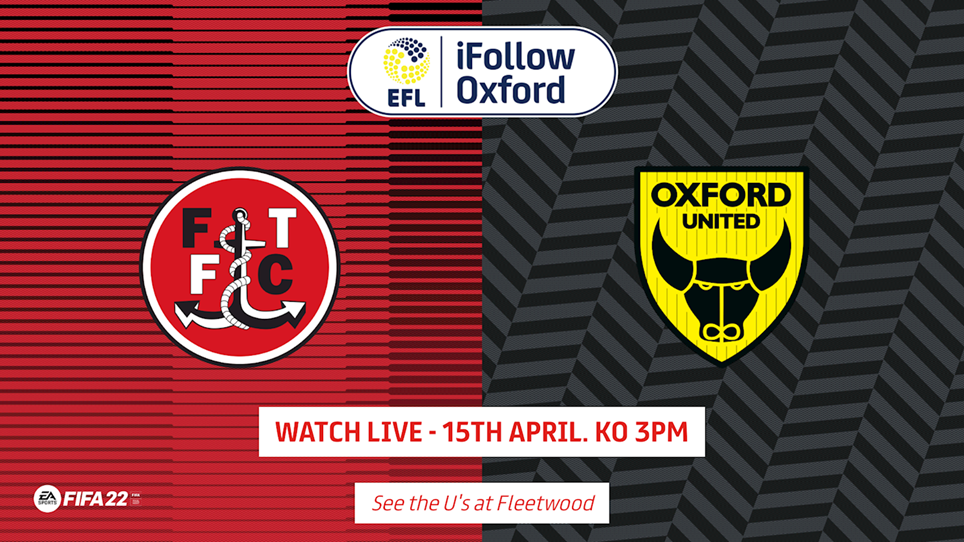 See the U's at Fleetwood 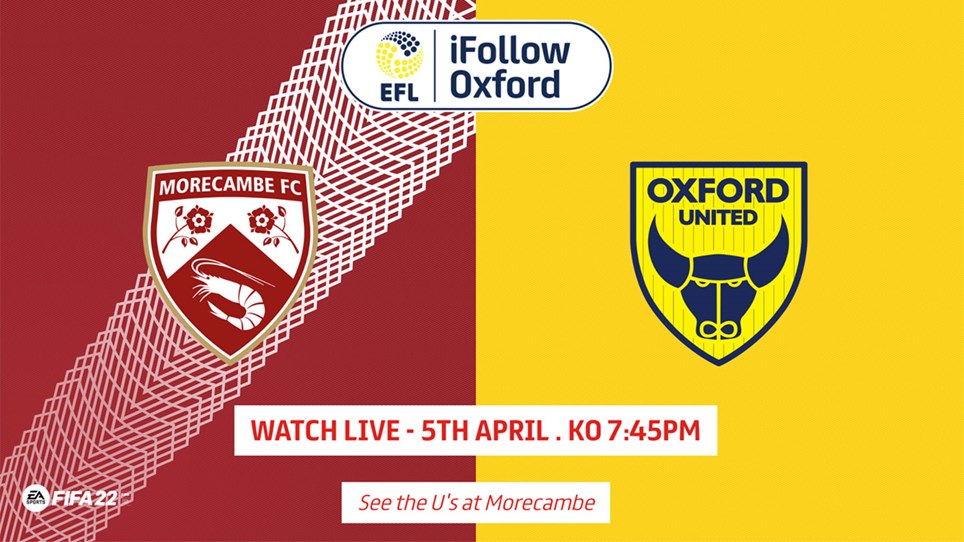 See the U's at Morecambe


Oxford United head for Morecambe this evening and you can see the whole game LIVE in iFollow. 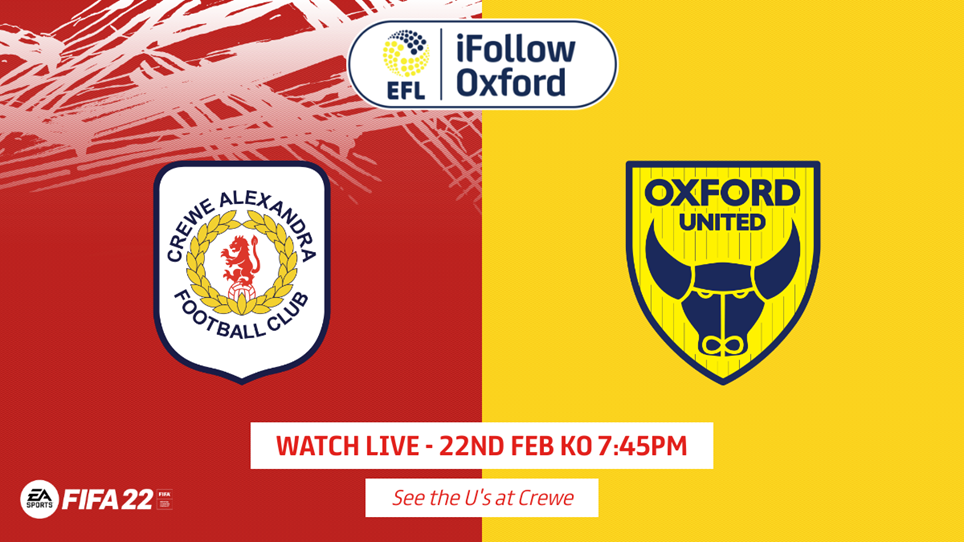 See the U's at Crewe


Oxford United head for Crewe this evening and you can see it all in iFollow.

See The U's LIVE at Accrington


The Yellow Army head for Accrington tonight but if you can't be with us then we have the next best thing. 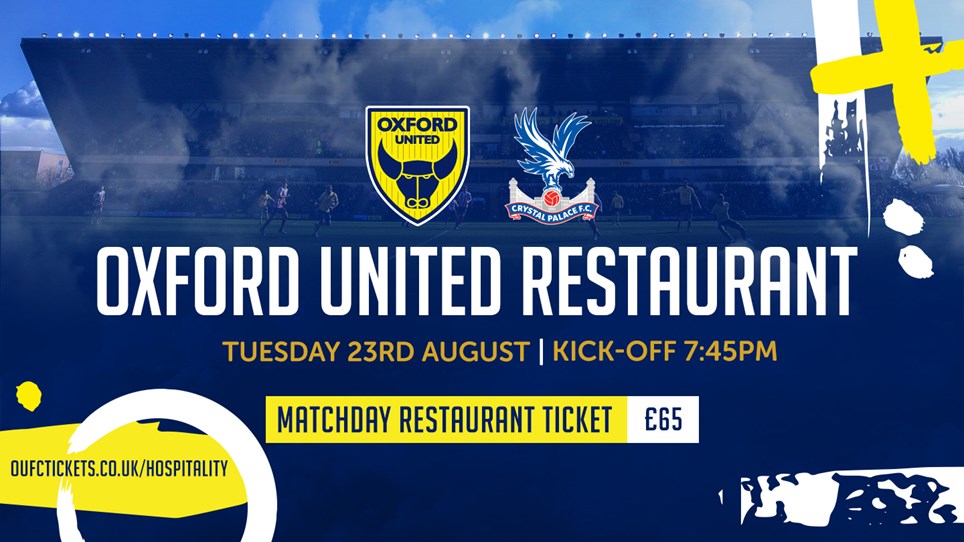 
The U’s face Patrick Vieira’s Crystal Palace in the Carabao Cup Second Round on Tuesday 23rd August and the club’s restaurant is open for you to enjoy an evening of United's hospitality. 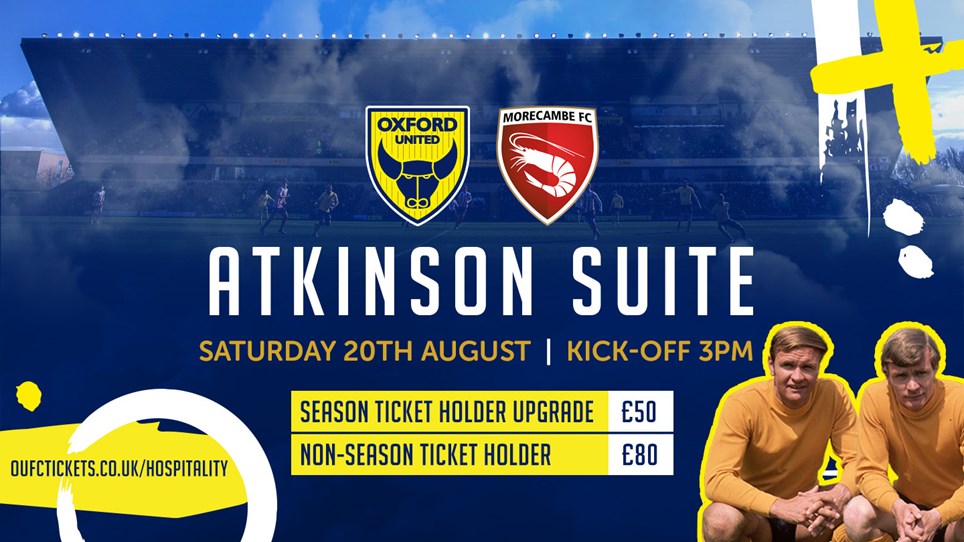 
The U’s face Morecambe in Sky Bet League One on Saturday 20th August and the club’s Atkinson Suite is open for you to enjoy an afternoon of hospitality. 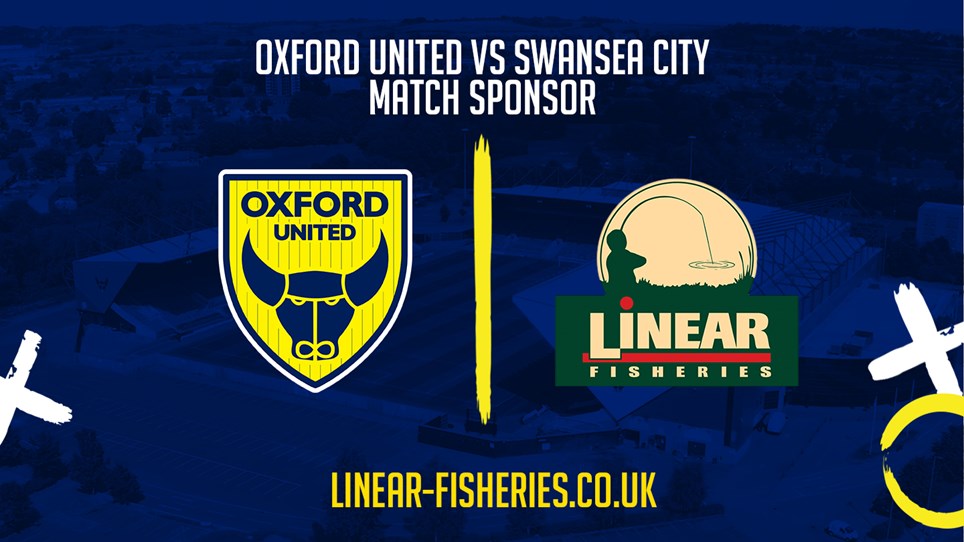 
Oxford United are delighted to welcome Linear Fisheries as Match Sponsor for our Carabao Cup 1st Round encounter with Swansea City this evening (7:45pm).


The Polythene UK Fifty/50 draw was made at half time today against Cambridge United.