Oxford United are delighted to welcome goalkeeper Edward McGinty following his arrival from Sligo Rovers for an undisclosed fee.

The 22-year-old keeper, who joins on a three-year-deal with an option for a further year, was born in Scotland and played youth football for Celtic and Hibernian before moving to Ireland and joining Sligo. He has represented the Republic of Ireland at Under-19 and 21 levels, and Karl Robinson believes the 6 foot 3 keeper has a very bright future.

“He is already a very good goalkeeper and has a terrific attitude. We think he has so much potential and we are excited that he wants to come here and be part of what we are building.”

“I was aware there were a few clubs showing interest but I left all that to other people and just focussed on playing my football and doing my best in every game. Then when I heard of Oxford’s interest and I saw the way they looked after Luke McNally when he came from Ireland, I saw the facilities and as soon as I spoke to the Manager and heard the plans they have for the club, I knew I wanted to come here.

“It is a big step, moving away from home and settling in at a new club, but that’s exciting and all I want to do now is get started and do my best to make the most of this opportunity.” 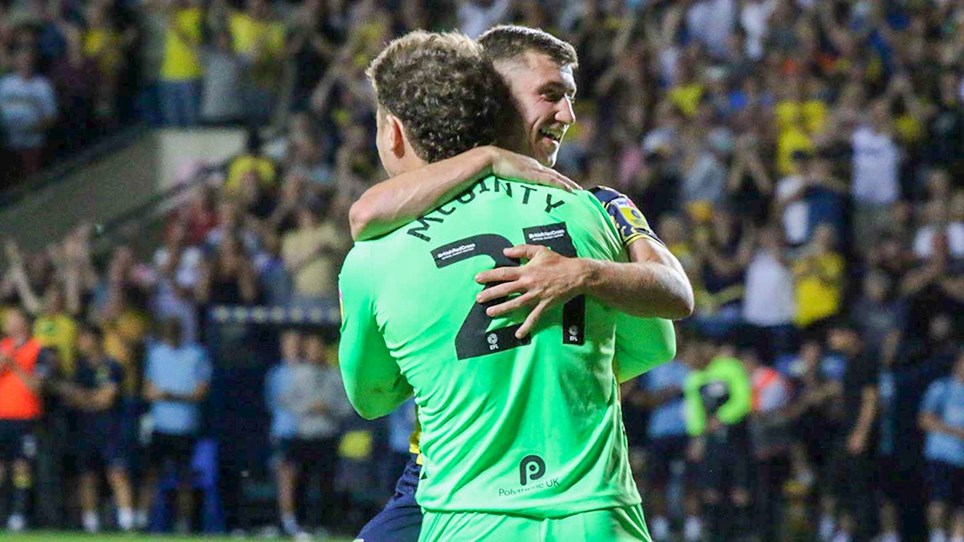 
Ed McGinty had a night he will never forget as his Oxford United debut ended in a penalty shoot-out win over Swansea City last night.