Oxford United were beaten 2-0 at Wycombe this afternoon when goals from Curtis Thompson and Brandon Hanlon left them with a second 2-0 defeat on the road in the space of a week.

There was a frenetic energy that never let up but United just lacked a spark at Adams Park despite battling hard and never shirking the challenge presented by a typically resilient Wycombe side who underlined their own promotion credentials.

In an even first half, Hanlon and Matty Taylor exchanged early half chances but it wasn’t until the 20th minute that either side got a clear sight at goal: Nathan Holland denied a goal by a terrific clearance on the line from Anthony Stewart after a flowing move sparked by the energy of Sykes and Ryan Williams down the right.

Holland followed that up with two efforts soon after, both beaten away by Chairboys keeper David Stockdale. United had made the better openings in the first half hour but then made the cardinal sin of conceding from the first sight Wycombe got of their goal. 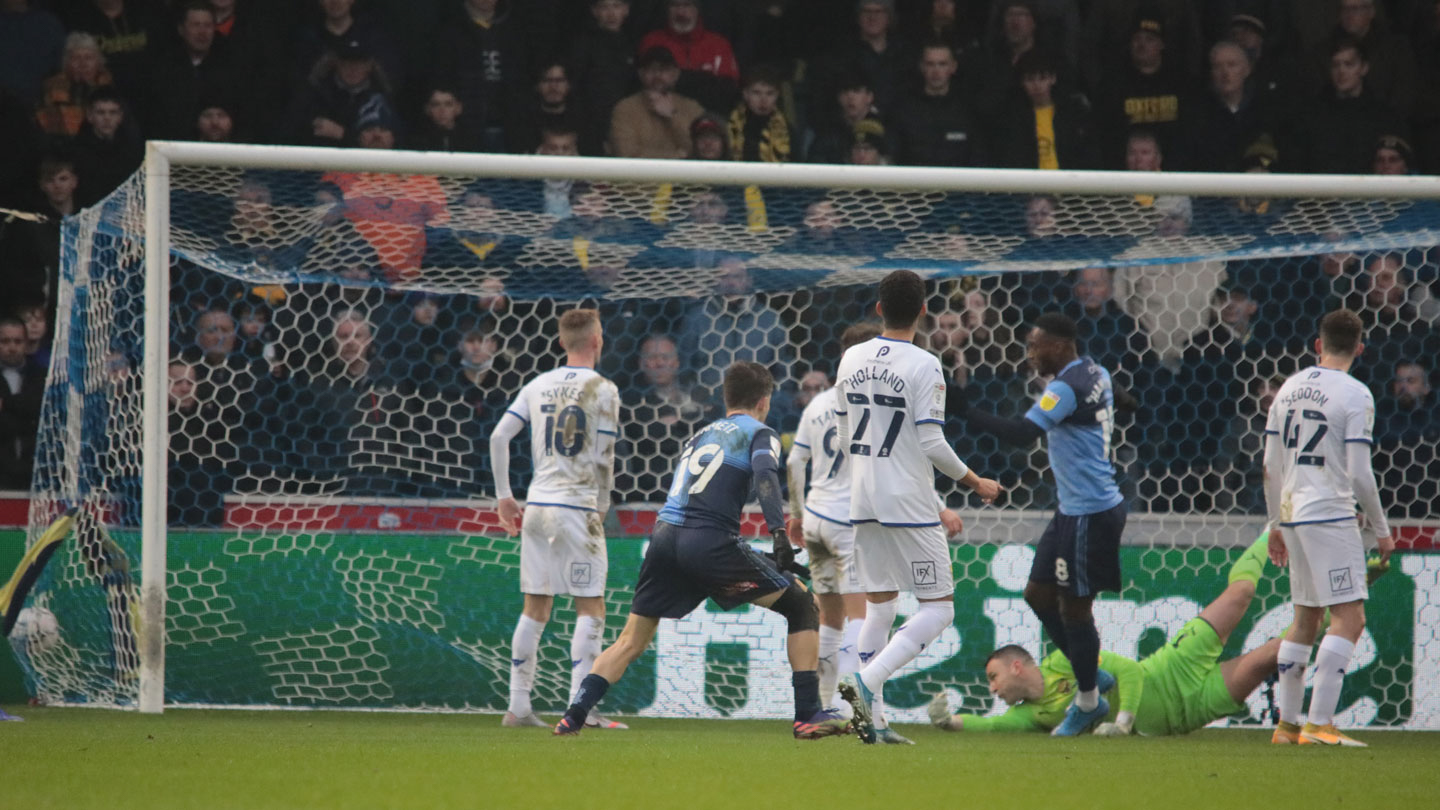 Garath McCleary’s corner reached the far side of the penalty area where Thompson kept his shot low and saw it sail into the bottom left corner through a sea of legs that gave Simon Eastwood little chance.

That signalled a good end to the half for the home side, but United consolidated, made sure they didn't concede another before the break and were still in it as they attacked towards their superb travelling suppporters in the second half.

Elliott Moore had a header saved as United tried to build up a head of steam, but Eastwood had to make a smart save from McCleary and Jordan Obita sent another effort into the side netting before Hanlon doubled the lead and left United with just too much to do.

The second goal came directly from United being on the attack on the edge of the Wycombe box, but when the ball was cleared McCleary led the charge and expertly delayed his pass for Hanlon who buried it low and true beyond the helpless Eastwood.

United tried to lift themselves. Sub Sam Winnall went close, Brannagan had a shot tipped away by Stockdale as it looked to be creeping into the bottom right corner and James Henry was off target with his first touch after coming on as a sub. Wycombe conceded ground but are tough to break down and United, in the end, simply ran out of steam.

They lose ground on the leaders, including the home side, but remain in the chase and will now look to bounce back when they welcome Sheffield Wednesday to the Kassam Stadium next Saturday. There's a long way to go and it's when things go against you that you really show your true colours.